Being a Hindu, Being an Ambassador for Hinduism

We live amid challenging times, where ignorance about your neighbor can lead to not just “otherizing” someone you don’t know, but also to violence –  violence that stems from fear and distrust of someone whose beliefs and practices seem alien and in opposition to your own. When I moved to Michigan nearly two decades ago, I was one of a handful of people “farmed out” to be a speaker when the meager office staff received a call asking for a Hindu representative, from schools, colleges and other groups actively seeking to meet and talk to a Hindu. In 2006, as a result of the increasing stream of requests that I personally received (I had co-founded an interfaith organization in 2005), the Temple formed the Outreach Committee with this mission:

“Take the lead to represent the Bharatiya Temple in Inter-faith and Intra-faith activities in the Metro Detroit area. The committee will accomplish this by working with many different wisdom traditions, groups, specific audiences or the general public.”

Ten years later, the Committee continues to fulfill its mission, but the critical nature of its purpose has not engaged the consciousness of the broader Temple membership or the large Hindu community in the region.  I have also realized that we have a larger challenge: to ensure that the Hindu community is better prepared for the ever-increasing number of non-Hindu visitors. While the need for outreach efforts has multiplied, the basic challenge for Hindus in America still remains: outreach is not in our DNA, and we are not able to articulate our faith in a way that dispels stereotypes and reduces bullying of our children.

Hinduism is not a faith that requires propagation as a pillar of its practices, so telling people about Hinduism, or inviting others to become Hindu is not common. Thus the language needed to explain about one’s faith to an outsider is typically not part of a Hindu’s repertoire:  most Hindu Americans are either from India (as a result of immigration) or children of immigrants from India – a place where they usually also don’t have to self-identify as Hindu because of its pluralistic, largely Hindu population and ethos. And due to the incidents beginning with 9/11/2011, in America, it has been our Muslim and Sikh friends who have had to bear the larger burden of the violence targeted towards the religious Other – although hate crimes against Hindus definitely happen. We are not forced to come out of our self-segregated worship, spiritual and cultural circles to explain, educate and advocate, to dispel misconceptions and stereotypes about our faith and its practices in the same way that Indian immigrants who are Muslim and Sikh do.

Our visitor groups don’t necessarily know all this – and often expect the same organized efforts for outreach from the Hindu temple that a local mosque does. Visitors we host include teachers and students from local educational institutions, who reach out to the Temple, or those we invite – such as the local historical museum members wanting to learn about the temple and see its award winning architecture, or the broader community that we invite to the temple’s annual fun-festival Anand Bazaar.  We also have local students who are often sent by their professors, to learn about Hindus and how Hindus worship who often pop in randomly.  While all these people may want to know who their Hindu neighbor is, walking into a Temple without a host to help navigate the customs and practices of this open-source faith could leave a visitor more confused, with stereotypes that are not dispelled, and a lack of understanding that can create more divisions between people of all faith communities. In additional, various temples have different practices and expectations of its membership – guidelines for attire, photography, etc. – which a young highschool or college student may not think of before walking in.  That a teacher of religion or sociology would send a student into a stranger’s house of worship without respect for the sacred space and those who hold it sacred – or for putting that student into a potentially awkward situation – has always surprised me. When I am at the Temple and encounter such drop-in visitors, I usually drop my original intentions and engage them, explaining the history of the temple and the basic concepts of Hinduism. They have an opportunity for a more meaningful understanding of what Hindus have done to create sacred space, and hopefully come away with awareness of the complexity of this pluralistic faith –  but I lose the opportunity to engage the sacred per my original intention. I can easily reconcile myself to the change in plans, since Hindus believe in Athidhi Devo Bhava – that guest is God – and serving a visitor in this capacity becomes my act of worship for the day. And every once in awhile, in answering the question of a temple guest, I am often put in the position of questioning my own practices, and seeking answers which deepen my connection to the Divine.

This natural willingness to play “host” at the Bharatiya Temple or to be a Hindu voice in the larger metropolitan Detroit interfaith community, has further been enhanced by being a member of the Hindu American Foundation’s national leadership team for the last six years. I have had an opportunity to work with HAF’s Director of Education, Murali Balaji, and a team of stellar staff and academic advisors, as they create and develop materials for HAF’s Hinduism 101 program:

An interactive, user-driven resource for learning how to teach about Hinduism according to your needs and at your own pace. We’ve partnered with educators and academics to create these free and accessible educational modules, so that everyone invested in teaching about Hinduism in an accurate and engaging way can do so easily and effectively.

This program is in partnership with other initiatives, such as the Teach India! workshop and Dharma Ambassador training, where we seek to encourage Hindus to become empowered to speak about their practices and precepts in a way that a predominantly Western, American audience can comprehend. Temples can be a place not only to help a person be a Hindu, they can also help a person learn about those who are Hindu.  At the end of the day, at the end of a visit – we create pluralism by promoting understanding between neighbors. 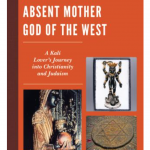