The Who, What and Why of WISDOM – Part 3

As explained in the prior two posts, three of us from WISDOM – a Catholic, a Hindu and a Muslim – came together with the NACCC organizers to present about this interfaith women’s organization here in Metro-Detroit. I took the role of speaking to the reason why I continue to serve on WISDOM’s Advisory Board, amidst my often over-extended civic commitments. A Board member of both the Hindu American Foundation, a national civil and human rights advocacy organization promoting pluralism and mutual understanding, and the Michigan Roundtable for Diversity and Inclusion, a regional social justice organization building relationships and working to create equal opportunity for all, WISDOM gives me the space to explain why I do what I do and encourage others to do the same. Promoting pluralism is rooted in my understanding of being Hindu – a foundational concept of Hinduism explained by Ekam Sat, Vipraha Bahuda Vadanti – as is working for social justice, built on one of the central pillars of a Hindu’s life: the pursuit of dharma.

WISDOM was especially important in the interfaith landscape here in Michigan, which I entered over a decade ago. The standard interfaith panel usually consisted of a Christian, a Jew and a Muslim – like the standard punchline about a priest, a rabbi and an imam. However, WISDOM was a space where one didn’t have to be part of the Abrahamic “Big Three” – what someone in the metro Detroit interfaith community called it a few years ago – perhaps meaning to be funny, but underlining how challenging inclusiveness actually is. Neither was it dominated by male faith leadership, or “people of the cloth” – it was lay leaders, women of deep faith, who were open to deep friendship and listening, an essential component of dialogue. The who and what of WISDOM was followed by the why, with a call to action: to engage the religious diversity of our region, our country and our planet. The third and final part of WISDOM’s presentation speaks of something that anyone interested in living out the American dream of religious freedom can take up – but specifically those among the audience at the NACCC conference themed “Who is your Neighbor?”

Padma Kuppa on the Why of WISDOM: Deepening Wisdom in Challenging Times

So my story of why I came to WISDOM might explain the why of interfaith – why is it important to engage the diversity we live amidst. I grew up in the suburbs of NY before the internet, before social media, before our religious landscape in America became as multi-faith as it is now. After the 1965 changes to immigration law, United States has become home to many immigrants and refugees from all over the world. Today, we are constantly coming into contact, both virtually and in person, with people who are different from us.   You will find a mosque, a mandir or a gurudwara in most metro areas where immigrants have settled.

In fact, one of the reasons I moved to Troy was because there was a Hindu temple there. Troy is a microcosm of the world, with 28% pf our residents born in another country, more than 80 languages spoken in the homes of students in the Troy School District, and home to a synagogue, and one of Michigan’s largest and oldest Hindu temples.  I was always involved in something, so when I came to Troy, I volunteered in the temple, the school, and the city. I was part of a city of Troy Board when I met with exclusion from a city sponsored religious event because I was a Hindu. Because I was not included in this event, I found ways to connect with others in my community and the Troy-area Interfaith Group was formed to “Gather, Give and Grow.” The WISDOM book, Friendship and Faith, has that story, so I won’t spill the beans here.

In 2006, I was invited to be part of the Interfaith Partners, a loosely knit interfaith arm of the Michigan Roundtable for Diversity and Inclusion, because there was no other Hindu at the table – in fact there was no one outside an Abrahamic faith. I, a typical suburban mini-van mom, felt somewhat out of place there: it was mostly men who were about 15-20 years older than me – Christian priests, ministers and pastors, imams, rabbis. During the group’s quarterly meetings, a few Jewish women befriended me and I plodded on, trying to explain misconceptions about Hinduism and breakdown stereotypes they had of Hindus.  And then one of them, [WISDOM co-founder] Gail Katz invited me in mid 2007 to be part of this new women’s organization that she had started with a few friends, called WISDOM. My first meeting was to review the 501(c)3 paperwork with the WISDOM Board members – and if you’ve done that before, gone through the minutiae of non-profit paperwork, you can really understand how the foundation was laid for what would become a strong friendship amongst a VERY diverse group of women.

We are not just from different religious paths, we are in different stages of our lives, different ethnic, social and economic backgrounds and so on. A daughter of holocaust survivors, an immigrant, a daughter of immigrants, a lawyer, a real estate agent, social worker, a teacher, a homemaker. But we had a common purpose, we had the interest in not isolating the Other, and we wanted to practice pluralism – critical need in our current political climate.

So, what is pluralism? Prof Diana Eck of Harvard University, who started the Pluralism Project 25 years ago, defines pluralism as follows.

First, pluralism is not diversity alone, but the energetic engagement with diversity. Diversity can and has meant the creation of religious ghettoes with little traffic between or among them. Today, religious diversity is a given, but pluralism is not a given; it is an achievement. Mere diversity without real encounter and relationship will yield increasing tensions in our societies.

Second, pluralism is not just tolerance, but the active seeking of understanding across lines of difference. Tolerance is a necessary public virtue, but it does not require Christians and Muslims, Hindus, Jews, and ardent secularists to know anything about one another. Tolerance is too thin a foundation for a world of religious difference and proximity. It does nothing to remove our ignorance of one another, and leaves in place the stereotype, the half-truth, the fears that underlie old patterns of division and violence. In the world in which we live today, our ignorance of one another will be increasingly costly.

Fourth, pluralism is based on dialogue. The language of pluralism is that of dialogue and encounter, give and take, criticism and self-criticism. Dialogue means both speaking and listening, and that process reveals both common understandings and real differences. Dialogue does not mean everyone at the “table” will agree with one another. Pluralism involves the commitment to being at the table — with one’s commitments.

WISDOM has survived and succeeded because we model pluralism in our friendship with each other. We have heard each other as we share our stories at the 5 Women 5 Journeys programs, as fellow panelists and fellow-bridge builders. Answering the questions when I participate in a 5W5J panel often helps me to clarify my own faith practices, or has me seeking “what does my tradition say” when I hear someone else’s answer. I’ve had conversations with both Christian and Muslim WISDOM sisters, on conversion – a touchy topic with many members of the Hindu, Sikh and Jain community for whom actively sharing their faith is not a pillar of their practice. I’ve heard from a Muslims sister about her fears for her children because of Islamophobia, and the challenges faced over decades, from an LGBT friend who was finally able to get married to her partner.

I’ve been honored as WISDOM sisters celebrated along with me, when four cities in MI first issued Diwali proclamations in 2013, to honor this “Festival of Lights,” important to over a billion Hindus, Jains and Sikhs around the world. They also learned why my Christmas lights go up a month or so early – for the no-moon night of Diwali. I’ve invited WISDOM sisters to come to my home during the Hindu festival of Sankranti. The celebration of this holiday involves a mother and her daughter setting up steps with different dolls and religious icons that one collects over the years and inviting other women and girls to come see. Rehana, one of my WISDOM sisters, an immigrant from Pakistan, on seeing the things that were on display, later brought me bride and groom figurines from the South Asian Muslim tradition which are now included in this Hindu household’s annual display. While we WISDOM sisters focus on building friendship across multiple ethnicities and faiths at the local level, my interactions with them help shape my understanding and advocacy on the national stage, as a Board member of the Hindu American Foundation, which seeks to build mutual understanding and promote pluralism. You will find in your conference materials links and resources that encourage this as well: a frequently asked questions booklet about Hinduism, a book about Ramadan by an interfaith partner, Najah Bazzy, who helped arrange a visit for conference attendees to the largest mosque in the US, right here in Dearborn. There is a panel on Tuesday on how Christians can engage in pluralism in a multi-faith world, how you can know who is your neighbor.

When the three of us got together to discuss this presentation, Trish reminded me of something I said early in our WISDOM years ago. It’s my quote from the book that still holds true:  When we are our best as people, we are able to see our communities and our world as a loving family. Interfaith interactions with my WISDOM sisters are part of making me a better person.  That’s why WISDOM, that’s why interfaith. 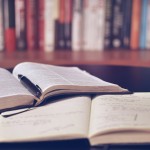