What is rape culture?

Rape culture is the patriarchal belief that women do not like sex (a belief promoted by so-called radical feminists as well as “men’s rights activists”), and that men are inherently predatory and want sex all the time. According to this view, women always have to be coerced or cajoled into sex. This erases the possibility of meaningful or enthusiastic consent. In this view, any woman who actually enjoys sex is a “slut” and is therefore “fair game” to be hit on by men (note the predatory language). Think of all the times you have heard the idea that a rape victim was somehow “asking for it”.

Rape is mostly about exerting power over the victim; it is mostly not about fulfilling a sexual urge. It is also worth noting that when a man rapes another man, it is often done to “feminise” the victim, in other words, to exert patriarchal power over him. A similar motive occurs in the so-called “corrective rape” of lesbians by men – an attempt to “put them back in their place” in the patriarchal power hierarchy.

What is consent culture?

Consent culture is sex-positive, sets boundaries, and promotes clear and shame-free communication about sex. In a consent culture, everyone (or the vast majority) values enthusiastic consent. So the onus is not on people who don’t want sex, or hugs, or any kind of contact, right now to say no to creeps and predators: the onus is on people not to be creepy and predatory.

Consent can be non-verbal, but when we are on the beginner slopes of consent culture, it’s great to actually get verbal consent.

How does promoting consent culture help?

We are never going to 100% eliminate creeps and predators.However, at the moment, the wider culture (rape culture) empowers creeps and predators, by erasing boundaries, by slut-shaming and silencing people who call out predatory behaviours, and by claiming that “there’s nothing you can do, it’s in the nature of men to be predatory”. We do men (and everyone) a disservice if we give in to that bullshit.Empowering potential victims is the last bastion of defence. The first bastion of defence is creating a consent culture.In Canada, it was found that the anti-rape posters that placed the blame on perpetrators’ faulty notions of consent (instead of emphasising that women should not place themselves in positions of vulnerability, like most rape posters do) actually reduced the rate of rape by 10%.It has also been found that a lot of rapes are committed by the same predators, who do not get reported because of the shame experienced by the victims. If these perpetrators were reported and dealt with, and everyone was a lot clearer about what consent means, then rape would become less of a widespread problem.

Different states in the USA, which have different cultures, also have widely differing rates of rape.  This suggests very strongly that rates of rape can be impacted by changes in culture, away from rape culture, and towards consent culture.

A consent culture is a sex-positive culture: one where people feel empowered to say no, and empowered to say yes, enthusiastically, without being slut-shamed, told they are a prude, or that they are frigid. One where we can explore sexuality and sacred touch together, in safety.

So you think Paganism doesn’t have a problem?

Let me tell you about some of the experiences that I have had with supposedly sex-positive Pagans.

So please do not try to claim that Pagans are squeaky clean. Just not true. We are part of the overculture, immersed in it, and the overculture is a rape culture.

I will no longer be silenced by slut-shaming, victim-blaming, fear of rocking the boat, and patriarchal misogyny. 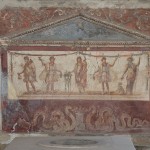 August 10, 2015
Why I am still a polytheist Wiccan
Next Post 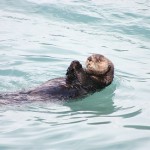 August 14, 2015 Faith and Belief
Recent Comments
0 | Leave a Comment
"Very well said!"
Ivan Matthews Theology Is Not Religious Studies
"Yes it's very cool that it exists but it's not the only book on the ..."
yewtree Review of Queer Paganism by Jo ..."
"Cool that this exists"
James Review of Queer Paganism by Jo ..."
"Yes, Liz is a friend of mine.I think you need a manual and works of ..."
yewtree Imagining Other Possible Worlds
Browse Our Archives
Related posts from Dowsing for Divinity