Many Pagans will tell you that they do not have faith and belief, because they know by experience that the gods exist. Here they are using the words in their modern sense of ‘assent to a creed’. Other Pagans will quite happily use the words faith and belief, because they mean something different by those words. What is going on? What do the words ‘faith’ and ‘belief’ mean? Has their meaning changed over time? Yes, according to Karen Armstrong:

“Faith” has its etymological roots in the Greek pistis, “trust; commitment; loyalty; engagement.” Jerome translated pistis into the Latin fides (“loyalty”) and credo (which was from cor do, “I give my heart”). The translators of the first King James Bible translated credo into the English “belief,” which came from the Middle English bileven (“to prize; to value; to hold dear”). Faith in God, therefore, was a trust in and loyal commitment to God.

~ Brian McGrath Davis, Religion is not about belief: Karen Armstrong’s THE CASE FOR GOD

Similarly, Alan Watts, a writer who popularised Zen in the West, regarded faith as an attitude of openness to mystery and uncertainty:

“Faith is a state of openness or trust.

To have faith is like when you trust yourself to the water. You don’t grab hold of the water when you swim, because if you do you will become stiff and tight in the water, and sink. You have to relax, and the attitude of faith is the very opposite of clinging, and holding on.

In other words, a person who is fanatic in matters of religion, and clings to certain ideas about the nature of God and the universe becomes a person who has no faith at all. Instead they are holding tight. But the attitude of faith is to let go, and become open to truth, whatever it might turn out to be.”

When we view faith and belief as meaning trust and/or the humility to admit that we don’t have all the answers, or even know what all the questions are yet, then they seem like much more attractive ideas. As Karen Armstrong says, they don’t involve assenting to a set creed, and bending your reason out of shape, or leaving it at the door, in order to ‘believe six impossible things before breakfast’ – rather, they are about opening yourself to experience.

Everyone knows that being open to experience without trying to come up with a theory to explain it can lead to more experiences of the same kind. Tania Luhrmann referred to this phenomenon as interpretive drift. I would prefer a more neutral term, such as openness, as her terminology (and indeed her study of magic users) was based on the premise that everyone starts out rational and then shifts, or drifts, towards a belief in magic. Whereas I do not think that a belief in magic is irrational, or incompatible with science. Pagans have a variety of ways in which we reconcile our theories of magic with the materialistic world-view of science.

I have always said that I don’t have a fixed belief (in the sense of assenting to a creed); instead, I have working hypotheses to explain my experiences.

Sometimes, we Pagans tie ourselves up in knots trying to avoid the problematic terminology we have experienced in evangelical and/or fundamentalist Christianity that some of us have experienced in the past. But sometimes it is worth trying to find out what these terms originally meant, and reclaim them for our own use. People have similar issues with the terms ‘worship’ and ‘prayer’, but that is a topic for another post.

So, if you have faith in the gods, it means you trust them. What are the implications of that? Well, if you trust your friend, it means you believe they have your best interests at heart; that you can confide in them; that they will not let you down in a crisis. So maybe you don’t have that kind of faith in all the gods, but rather with the ones you have a special devotion to, or a special relationship with. Or maybe you place your faith in Nature, and your relationship with it.

This faith – this relationship – is what sustains you when you feel doubtful, depressed, or otherwise wobbly. It doesn’t mean you never have doubts; it means that you keep on keeping on, even when you have doubts. You lean back into the water, and trust that it will hold you up, even when you don’t know how deep it is.

Let’s face it, even when we have direct experience of the gods, or of magic, we still don’t really know how it works, or what the gods really are. The face of the gods that we see is only one facet of their nature, whatever that may be. The gods are vast ancient cosmic forces, and our personifications of them are their reflections in human culture. As Sam Webster wrote recently:

Let us start with the Gods as we experience them. Much to my surprise, I am no longer convinced that the Beings we experience are the Gods Themselves. What we are experiencing is a projection of Those who are Gods refracted through our souls and the cultures we are a part of.

We do not really know the full nature of the gods, so we are open and trusting towards them in order to experience more of their nature. We do not cling to our limited ideas about them, but are ready to open ourselves to more experience and insight.

To believe in something in the original sense is to prize it, to value it, to hold it dear. Do you prize your Pagan practice, your relationship with the gods? Do you hold dear the culture and values of Paganism? Then you believe in them.

The distinction between mythos and logos is important here. Mythos is metaphorical truth – something that rings true, that is an accurate symbol for representing something. Logos is literal truth, such as empirical knowledge about how things work. Karen Armstrong explains the difference:

In most pre-modern cultures, there were two recognised ways of attaining truth. The Greeks called them mythos and logos. Both were crucial and each had its particular sphere of competence. Logos (“reason; science”) was the pragmatic mode of thought that enabled us to control our environment and function in the world. It had, therefore, to correspond accurately to external realities. But logos could not assuage human grief or give people intimations that their lives had meaning. For that they turned to mythos, an early form of psychology, which dealt with the more elusive aspects of human experience.

This is related to the concept of worship, which is about holding something to be worthwhile – a celebration of ultimate worth, as the excellent Abraxan Essay on Worship by Von Ogden Vogt has it. We value something, we trust it, we invest our time and energy in it – we believe in it. We still use this sense of ‘belief’ in everyday speech – “I believe in you” means “I value you and trust you”.

Belief is reinforced by belonging – the more we feel part of something, the more we place our trust in it; and the two are mutually reinforcing: the more we believe and trust in something, the more we feel that we belong. This process is contingent on experience, however; if your community lets you down, it is hard to continue with that same level of trust. Trust and belonging and belief are created by practice, which is why most religions place much more emphasis on practice than they do on assent to creeds. Karen Armstrong explains how religion is about practice:

Religious truth is, therefore, a species of practical knowledge. Like swimming, we cannot learn it in the abstract; we have to plunge into the pool and acquire the knack by dedicated practice. Religious doctrines are a product of ritual and ethical observance, and make no sense unless they are accompanied by such spiritual exercises as yoga, prayer, liturgy and a consistently compassionate lifestyle. Skilled practice in these disciplines can lead to intimations of the transcendence we call God, Nirvana, Brahman or Dao. Without such dedicated practice, these concepts remain incoherent, incredible and even absurd.

So, let’s reclaim the words faith and belief to mean what they originally meant, and not use them to mean ‘assent to a creed’. They mean far more than that; they are about creating relationship with the gods and/or Nature; reconnecting with the sacred; re-enchanting the world. We believe in the gods and spirits, Nature and the Earth and the  land, because we hold them dear, and value our relationships with them; we have opened our hearts to them. We have faith in them, because we are relaxed in their presence, and have let go of our assumptions, and we trust them. 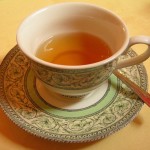 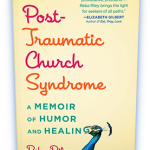 August 16, 2015 Spiritual Healing: Run Toward Your Fear (A Book Review: #PTCS by Reba Riley)
Recent Comments
0 | Leave a Comment
"Very well said!"
Ivan Matthews Theology Is Not Religious Studies
"Yes it's very cool that it exists but it's not the only book on the ..."
yewtree Review of Queer Paganism by Jo ..."
"Cool that this exists"
James Review of Queer Paganism by Jo ..."
"Yes, Liz is a friend of mine.I think you need a manual and works of ..."
yewtree Imagining Other Possible Worlds
Browse Our Archives
Related posts from Dowsing for Divinity