Stephen Fry recently had a bit of a go at God on Irish television, telling veteran broadcaster Gay Byrne that “The God who created this universe, if he created this universe, is quite clearly a maniac, an utter maniac, totally selfish.” He indicts the nonexistent God for creating a universe with bone cancer and flies that thrive only by eating children’s eyes.

The video of him saying this has over five million hits, and counting. Here, give it a few more:

Now, my first instinct is to applaud this. All one needs to do is read the book of Job to realise that railing against God, questing His every action, is a much better way of relating to the divine than milquetoast justifications. And I’m not inclined to mock Fry for being so angry with what he thinks is a nonexistent being – God does exist, after all, and being a bit self-contradictory is better than being comprehensively wrong (LINK).

But my second instinct was to roll my eyes. Because as questioning of God goes, this is about five steps back from where the debate is at now.

Articulate? Passionate? Powerful? Arresting? Yes. But deep-thinking, it is not.

Now, I have no intention of playing the “Stephen Fry VS ALL THESE SMART PEOPLE FROM THROUGHOUT HISTORY – WHO YA GONN A TRUST?” card, or insinuating that Fry, an actor, is somehow getting above his station.

Groups of very smart people throughout history have been badly wrong before, they will be again, and Stephen Fry is absolutely entitled to argue that this particular group is wrong and he is right. That’s not presumptuousness – that’s taking a position. There have been hundreds of thousands of very smart people throughout history, people far smarter than I am, who have argued that there is no God. I, a blogger, think they’re all wrong, every man-jack of ’em. That doesn’t make me arrogant (though there’s more than enough other evidence to indict me on that count), and holding the opposite view doesn’t make an egomaniac of Fry.

What would be nice, though, is if Fry and other celebrity atheists were to show some sign that they know that theodicies exist. It would be even nicer if they might deign to respond to them. They might reach exactly the same conclusion at the end of the process: but they’d have taken on theists’ real arguments rather than the straw-man versions. We might even get some interesting exchanges out of the process!

Let’s imagine Stephen Fry talking to a proponent of a version of Augustine’s Theodicy, which (in horribly simplified form) holds that humans, through their rejection of God’s love in the Fall, have abused their positions as stewards of creation and poisoned the well of existence, and are thus ultimately reponsible for natural as well as moral evil.

Fry could come at this from a variety of angles – he could ask “well, how exactly did that work?” and would probably end up disagreeing with the theodicist about the existence of a spiritual dimension to existence as fundamental as the natural one.

He could bring in Darwinian evolution and point to a Universe that was full of blood and misery long before humans arrived on the scene. The theodicist might then respond that the effects of the Fall transcend time, and the argument would continue.

Now, I think in the long run Fry would win that argument: I think theodicies that try to make humans responsible for all natural evil simply don’t fit the facts.

But there are others that are much more compelling: if I was arguing with Fry I might point to the fact that a universe without natural evil wouldn’t have Stephen Fry in it, because the very existence of Stephen Fry (and Ben Conroy, and Michelle Obama, and Justin Bieber) depends on the universe being like this, rather than some other way. I might argue that God might very much want Stephen Fry (and all the other particular people on the earth) to exist, and that this might be a large part of why the universe is the way it is.

Fry might respond that his existence wasn’t worth the price of bone cancer and eye-worms, to which I’d have to respond that that’s kind of an impossible comparison to make, but that in Christianity, we believe that God himself became a human and experienced the worst that our condition has to offer (and worse still – on the Cross Jesus said “my God, why have you forsaken me”: he had been cut off from His own nature).He is not a distant, selfish demiurge, but suffered right alongside us. I’d say that if that was true, and if our belief about ultimate healing and redemption was also true, then the picture of God and His creation looks rather different.

Fry still probably wouldn’t agree with me. But by now we’d be somewhere much more interesting than we were at the start, and much closer to finding the truth than we would be by simply stating the problem of evil as though no-one had ever answered it before – which is essentially what Fry did.

I’d also be really interested to hear about Fry’s basis for morality – the standard by which he judges a hypothetical God selfish and evil. If he’s a naturalist, I’d love to hear how he gets around the is-ought problem and manages to have morality at all. If he’s a non-materialist atheist, who thinks that “shoulds” and “oughts” somehow exist independent of physical reality or God… well, I get on remarkably well with those, and I’d like to meet a few more of them. Either way we’d again be doing something other than knocking down straw men, and again we’d be somewhere a bit less… lazy.

That, though, is not really my point.

My point is this: Stephen Fry’s video has been viewed over 5 million times. It has, at the time of writing, 45,631 likes, and 3,035 dislikes, which is probably representative enough of the general attitude to the video. And I’ve seen loads of pretty engaged Catholics meet his comments with a resigned shrug, or a “we cannot understand God’s ways.”

Now, Fry is a very persuasive speaker – he once lived the high life for three months using stolen credit cards, and nobody questioned the source of his sudden wealth.

And yeah, maybe in the end all theodicies fail. But dammit, they don’t fail that easily. The only theodicy that dies after 2 minutes and 24 seconds of Stephen Fry is the Rubbish Straw Man Theodicy.

So I am led to an unfortunate but inescapable conclusion.

The Rubbish Straw-Man Theodicy must, in fact, be the only actual one that loads of people encounter.

And so once again, Christians are our own worst enemies. 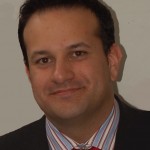 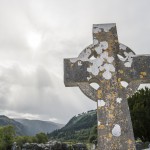 May 28, 2015 Irish Catholicism After Gay Marriage
Recent Comments
0 | Leave a Comment
"We need punishment that matches the crime...I'm believing that it will be like 99% of ..."
a red blooded American Women Who Have Abortions Are Victims, ..."
"Nice! I appreciate the refinement of temporary divine zombiefication and de-zombiefication."
Darren Stephen Fry and the Straw Man ..."
"The zombie theodicy has been around for a while now. See here: http://chaospet.com/119-the..."
Philo Anon Stephen Fry and the Straw Man ..."
"You think machines can do science without us providing a "meaningful" context for it?It's true ..."
brmckay Do we need Philosophy when we ..."
Browse Our Archives
get the latest from
Catholic
Sign up for our newsletter
POPULAR AT PATHEOS Catholic
1

To Deny Joe Biden Communion is...
Femina Ferox
Related posts from Shadows On The Road 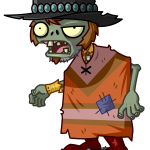 Catholic
Why We All Need Faith (The Argument From...
Shadows On The Road 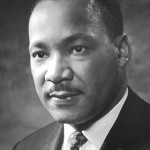 Catholic
Civility as Charity, Or Why I'm Not Qualified
Shadows On The Road 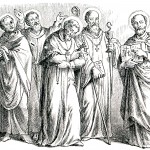 Catholic
What Isn't Optional: Healing the Church and Saving...
Shadows On The Road 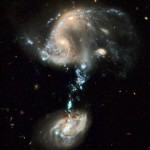