The Hypocrisy of Flags. You Can’t Have it Both Ways.

The Hypocrisy of Flags. You Can’t Have it Both Ways. September 18, 2016 Shane Phipps 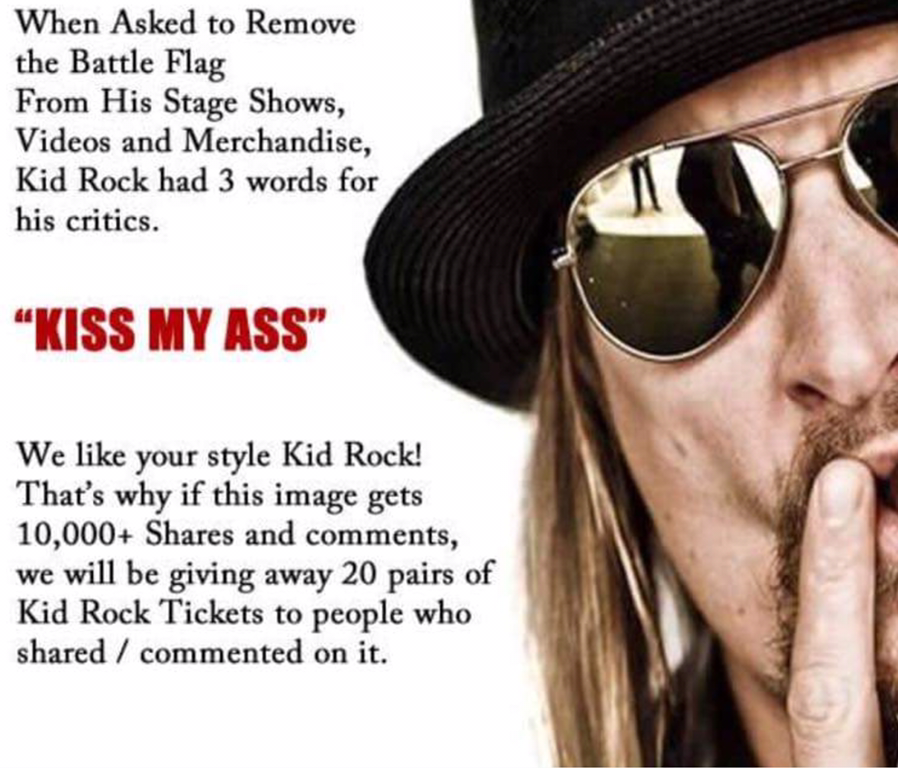 The irony in that message hit both of us right between the eyes. I’ll guarantee you that almost all of the people who would support Kid Rock’s stance about flying the Confederate battle flag at his concerts are the same folks who call for people to boycott the NFL for allowing players to take a knee during the National Anthem as a form of protest for the racial inequity that still exists in this country. The cries, from some, that claim such protests are disrespectful of the American flag seem to be rooted in a good deal of hypocrisy.

Go to any major event in the South (and sometimes in the North) these days and you will see dozens of trucks cruising around proudly flying such flags right along side Old Glory. 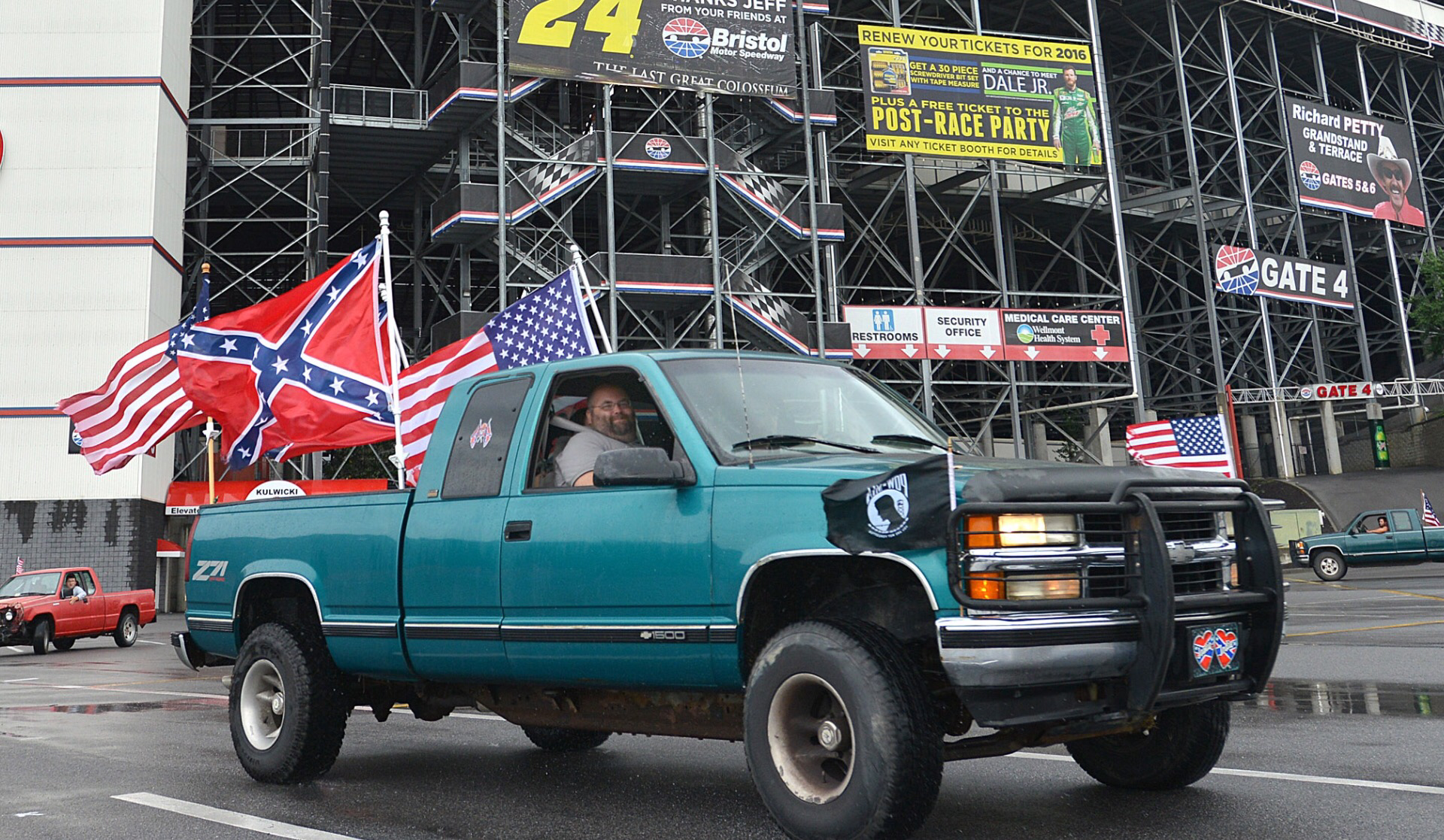 My message to the guy in that truck is this; sorry, buddy, but you are trying to have it both ways. We can sit here and argue until we are blue in the face about whether or not the Confederate battle flag is a symbol of racism and hate. My personal opinion on that has evolved over the years. I now believe that it doesn’t matter what I, as a white person, think about the symbolism. When millions of black Americans are sickened by the image of that flag, I choose to err on the side of empathy. What I believe to be undeniable is, at the very least, that flag stands for treason against the United States. The man in the truck is flying the Confederate battle flag right along side the flag of the United States of America. That battle flag represents a group of people who protested so vehemently against their government that they seceded from that government and then attacked it militarily, starting a four-year Civil War that cost as many lives as all the other wars America has fought combined.

And yet I’d wager, dollars to donuts, that the man in that pickup truck would be among the first in line to criticize, or perhaps crucify, this man for protesting like this… 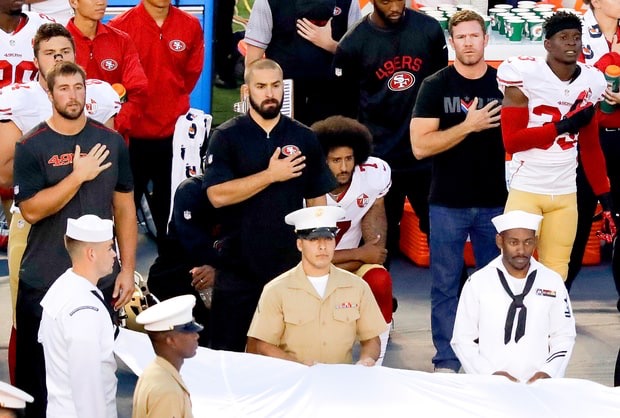 Do you see the irony here? Can you say HYPOCRISY?

But, before all the liberals get too high and mighty with amens and high-fives, just remember this. That guy in the pickup truck has every right to fly his battle flag as well. I have heard plenty of liberals talk of the need to ban that flag. Let’s not get carried away on the sanctimony float in our self-righteous parade here. I get nervous whenever anyone starts talking about banning this symbol or that. I don’t like hearing talk of squelching ideologies–even when those symbols or ideas offend me. That is not what America is about. The Bill of Rights, the list of things we hold most dear as Americans, is the ultimate undemocratic document. The Bill of Rights is there to protect our freedom to protest against our government, especially when it makes us look ungrateful or dumb to the rest of the nation. The Bill of Rights protects the minority from the majority. Too many people lose sight of that.

The bottom line is this, many hundreds of thousands of American soldiers have died, and many millions more have, and continue to sacrifice their own time and freedom to keep our country free, to allow us to protest, even if it makes us look like hypocrites and idiots sometimes.

If I were president, I would declare a national holiday called “Introspection Day” whereupon we would all take a day off each year to sit and search within ourselves for hypocrisy. I think it would be a day well-spent.

Side note: The Stars and Stripes also represent a group of people who protested so vehemently against their government that they seceded from that government and started a civil war (we call it a revolution). Perspective is a fickle thing.

September 18, 2016 Oh Say Can You See...That Kaepernick is Demonstrating What is Great about the U.S.?
Recent Comments
1 Comment | Leave a Comment
Browse Our Archives
get the latest from
Empathy Mining
Sign up for our newsletter
POPULAR AT PATHEOS Politics Blue
1