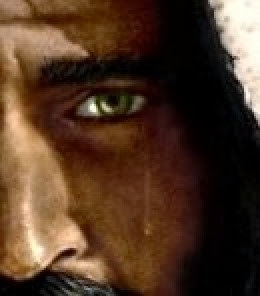 It is, famously, the shortest verse in the Bible, two simple words–Jesus wept. You wouldn’t think there is a great deal to be said in two short words but, in this case, there is a significant message. I have heard a few sermons preached on this passage. In fact, I heard a good one just today. Normally, the point made about this verse is that it illuminates the human nature of Christ as he is moved to tears when he sees the grieving family of his friend, Lazarus, who lay dead, four days, in his tomb. If you are familiar with the story, you know that Jesus went on to raise Lazarus from the dead. Whether you believe the story or not, it is a powerful passage that showcases the complex nature of Christ as both fully divine and fully human. That’s a concept that has always been tough for even the most devout Christians to fully wrap their minds around. The most powerful part of the story is probably not the miracle performed by Jesus but, rather, the fact that he revealed his human nature by feeling such empathy for his friends that he openly wept even though he knew what he was about to do, which would totally change the dynamic of the whole event from sorrow to joy.

As I pondered my pastor’s message today, I began to apply the lesson of John 11:35 to modern times. The very human empathy displayed during his visit to the family of Lazarus is the Jesus that is too often missing in the modern Christian landscape. I am not a trained theologian but my understanding of the three-year ministry of Jesus is that he spent a lot of his time reaching out to, empathizing and hanging out with the people who were at odds with the leaders of the church. Jesus had a heart for the marginalized of his society. Eventually, Jesus was arrested, tried, and executed in part, at least, for running a ministry that was so progressive and inclusive that it offended and, perhaps, threatened the leaders of the church.

Today, Christianity finds itself at a crossroads. In some ways, the state of modern American Christianity mirrors that of the divided political landscape. There is a burgeoning chasm between the traditional conservative right wing and an emerging progressive left wing within the church. This phenomenon seems to bridge both the Protestant and Catholic sides of Christianity and it isn’t sitting well with some of the more vocal on the Christian Right. Just this morning, I read a rather disturbing article about a group of right wing pastors openly questioning whether political progressives can even be genuine Christians. Buried far beneath the squabbling, the message of John 11:35 is being lost.

A man with a horrible track record of misogyny was elected as the leader of the free world…and Jesus wept.

A budget is being  proposed that would remove monies from school programs that provide benefits to poor children and funnel funds toward building an even more powerful war machine…and Jesus wept.

That proposed budget would be devastating to the working class and rural poor (the very people who were most instrumental in electing the president) and would help the most well-to-do Americans become even more wealthy…and Jesus wept.

The climate is changing rapidly, the Great Barrier Reef is dying quickly, and the new administration is proposing loosening environmental protections…and Jesus wept.

Christians on the Left are verbally attacking Conservative Christians for their political opinions, questioning the very validity of the faith of those who would support the Trump administration…and Jesus wept.

Conservative Christians are aggressively chastising more progressive Christians calling them “snowflakes”, questioning the validity of their faith, and joyfully telling them them to get over it and accept their president…and Jesus wept.

Progressive Christians are taking great joy at every failure of the Trump administration and gleefully acting upon their schadenfreude by viciously mocking the Right at every opportunity on social media…and Jesus wept.

These are troubling times in which we live. Our response to one another in the midst of the turmoil is sometimes more troubling still…and Jesus wept.