Hope is Rising in Trump’s America

It’s been a full year now since that most unlikely of presidential elections in American history. For the majority of us, it’s been a pretty tough year. It took some time to shake off the fog of shock and disbelief that enveloped us in the wake of the electoral vote tally that ultimately put Donald Trump in office. Many of us braced ourselves for a rough ride–I’m not sure any of us were truly prepared for what an absurd and surreal ride it’s turned into. Emotions have ranged from sadness and despair to anger and rage as the POTUS has continued to lower the bar for presidential decorum. But hope is not lost.

On the contrary, hope is on the rise in United States. Donald Trump is not going to destroy America, he is steeling our resolve. The chaos left in the wake of this president’s daily activities is revealing the worst aspects of America–that’s a good thing–those things need to be brought to light so that we can no longer pretend they are dead. In addition to revealing the ugliness, the chaos of the Trump administration is creating a new generation of active citizens who are paying attention–some for the first time in a long time, some for the first time in their lives–and that’s a very good thing.

The election of Donald Trump revealed just how much of a stranglehold the far-right wing of Christianity had on the political narrative. A white-hot spotlight has been shining on that fact for over a year now. That has freed many Christians from their political shackles and provided them with an opportunity to wriggle out of the grasp of the Republican Party. New and growing communities of progressive Christians have sought each other out on social media. There are many large communities online to provide support groups for Christians who once were shamed into a sense of moral obligation to identify with right wing politics, despite the fact that words and actions of the man Christians are supposed to follow after, Christ himself, don’t seem to jive with a lot of what the Right promotes. As these communities of progressive Christians continue to find one another, grow and organize, there is hope.

Trump’s rise to the presidency has brought some of America’s dormant evil to the surface. White Nationalism was emboldened a year ago. Things that used to be only whispered in clandestine meeting halls are now shouted from street corners. The hatred that fills the air when these people stand up for evil ideology is hard to witness–it makes us want to match hatred with hatred–but if we look at it with cool heads and logical calm, we’ll see that it is a good thing that it is exposed. As the rest of the nation begins to organize against such hate, these relics of the past, temporarily energized and emboldened by a Nationalist president, have been outed. When their guy is no longer in power, they’ll be forced to slink back into the slime from whence they emerged, never to be seen again. Their moment in the sun will be short-lived and so too, we can now hope, will be their ideology.

Trump’s presidency is creating a generation of young people who are paying more attention to their nation and world than I have ever witnessed. I see it in the young teenagers I teach. I suppose the last time young people were this invested in the happenings in Washington D.C. was probably during the Nixon years. The average young person today is far more attuned to the political climate than they were a year ago. We’ve never had a leader of Trump’s ilk. Say what you will about the man, but we can all agree, he is not the sort of leader you can ignore and forget about. Kids are paying attention. They are watching. They are asking questions. They are concerned about the future of their nation. They are the future of our nation. In them lies our hope.

In my weaker moments, I’ve let Trump’s America drag me into a depressed mood. At times, I’ve allowed my hope to evaporate. But when I think deeper and look around at what is going on in the more reasonable sectors of our nation, I see hope on the rise. We are already seeing this play out in state and local election results in scenarios that could only be interpreted as push back against Trumpism. A transgender woman won a seat in the Virginia legislature. The New Jersey Republican senator who made the shameful joke that he hoped the women’s march would end in time for them to get home to cook dinner was defeated by a woman who was inspired to run against him by that very comment. These are but two examples of undeniable backlash against the Trump administration less than a year into his term. These and many other elections are the first tangible glimmers of the growing hope sprouting from the brand of fertilizer spread by Trump’s regime.

I’m vowing to try a different approach to navigate in Trump’s America. I have already allowed it too often to drag me into feelings of anguish and despair–it’s easy to go down that road, and it’s not pleasant–so I’ve decided to focus on the hope that is emerging.

It’s there if you know where to look–and it’s a lot more pleasant. 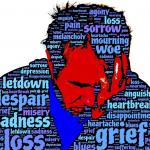 November 7, 2017
A Prayer of Anguish—Seeking Answers in a Sea of Questions
Next Post 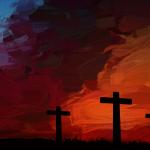