Faith is a Shield, Not a Weapon 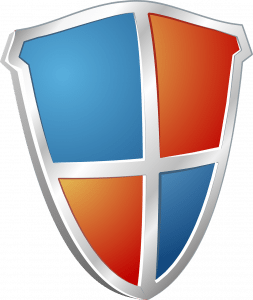 Faith is a mysterious and fickle thing.

Here is the thing about faith; not a single one of us knows with certainty that ours is the right kind of faith–we can say it and we can believe it, but we can’t know it. That is the nature of faith, by definition. Because of this, faith is meant to be used as a shield and not a weapon. Yet, I see many Americans who are wielding their faith as a weapon.

On some level, we all must understand that everyone carries a different shield of faith. No two people have an identical understanding.

This should be an easy concept for Americans to understand. We stitched it right into our own DNA as a nation.

Then they begin to use their faith not as a shield, but as a weapon. They weaponize their faith in ways that would strip freedoms from others. We see it played out in the debate on immigration, LGBTQ rights, women’s rights, gun control, education, and just about every hot-button political issue.

Too many people go on offense in the wake of some national crisis and claim that, if only more people subscribed to their faith, these kinds of things wouldn’t happen. In doing so, they completely overlook a dreadful history of travesties carried out in the name of their very own faith. In the process, they drive some from their ranks and divide themselves from the very people they should be called to love.

They use their faith as a weapon in the voting booth. They have very strong convictions about one or two issues and they will vote for absolutely anyone, so long as that candidate gives even hollow lip service that supports their pet causes.

In the process, they allow charlatans to have the keys to the nation.

It is becoming frighteningly apparent that, perhaps, this might be by design. Perhaps they hope that if enough of that ilk are put in charge, they might begin to dismantle the one thing that has held this great experiment in freedom together–the Constitution. Some would like nothing more than to see the Constitution–the nation’s shield of faith–reimaged as a clone of their own faith. They would use their faith as a weapon to see that happen.

If this nation is going to survive in the form it was intended, more people are going to have to start using their faith as a shield and stop using it as a weapon.

If we ever did that, we might begin to find more in common with one another than we ever thought possible. 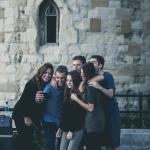 February 19, 2018
An Open Letter to America's Youth--You Can Fix This
Next Post 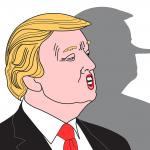 February 26, 2018 The Video that Should Have Cost Donald Trump the Conservative Christian Vote
Recent Comments
0 | Leave a Comment
Browse Our Archives
Follow Us!