One Nation, In Distress 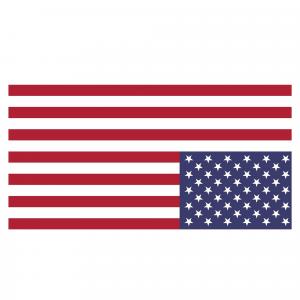 Displaying an American Flag upside down is a recognized symbol of distress. The U.S. flag code states that the flag should only be displayed upside down when there is extreme danger to life or property. It isn’t meant to be a protest symbol. When I posted the picture atop this article I didn’t do it lightly. This isn’t a protest. This is a time of extreme danger.

Our nation is sick and our immune system–our Constitution–is in grave danger. There are warning signs everywhere. Just the other day, President Trump quipped that having a “president for life” might not be such a bad idea. He passed it off as a joke, but no president with an ounce of self-control or constitutional savvy would ever make such a joke. Yet, it rolled off 45’s tongue as if it were as natural to him as breathing. The scarier part, still, is the poll I saw  posted on social media which revealed a significant portion of Trump’s conservative Christian supporters seemed to think that having a president for life could be just fine with them. One wonders if they would have felt the same if asked that question a few years ago. The concept of a lifetime term for president should fly in the face of the most basic core values of America. Yet, we have reached a point where not even that is a given. To my way of thinking, that’s extreme danger to life and property as we’ve come to know it.

I’ve seen many of my conservative Christian friends posting on social media to lambast the ongoing National Anthem protests by a few NFL players. The moment the NFL rescinded their new policy about standing for the anthem, President Trump took to Twitter to stir up his support base with yet another dog whistle. 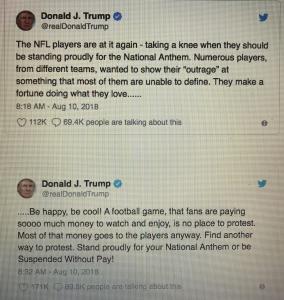 There is one reason, and one reason only, for these kinds of tweets: They are distractions from a president in the hot seat. As the Mueller investigation continues to ensnare more and more members of Trump’s inner circle, he gets hotter and hotter under the collar. He has one trick left in his bag and he knows how to use it–stir up what’s left of his base of support by appealing to their nationalism. Caught in the middle of it all are, once again, my conservative Christian friends who feel obliged to answer the call. So, they set their empathy aside, ignore the pleas of a large segment of Americans who are feeling marginalized and afraid, point fingers of blame at young men risking their livelihoods by protesting peacefully in the most respectful of ways, and label them as disrespectful ingrates who spit in the face of those who’ve served our country. The message they send is the opposite of what Christians are called to do, love your neighbors, even–no, especially–those with whom you may not agree. If I’ve seen it once, I’ve seen it 20 times on conservative Christians’ social media pages–the NFL won’t see a dime more of my money–ESPN isn’t broadcasting the National Anthem, looks like no more Sports Center for me. I haven’t seen one conservative Christian friend show an ounce of concern about the reasons why some of the players feel so strongly about something that they are willing to endure tremendous backlash by taking a knee. I’ve seen plenty of conservative Christians who, to my knowledge, have not made any public statements about the controversy and I can only hope that they do have empathy but, of those I have seen respond, 100% have come down against the players. Am I the only one who is disturbed by this? When a large segment of America’s Christians can’t find love or empathy for hurting, marginalized people, isn’t that a sure sign of a nation in distress? Isn’t that reason enough to fly the flag upside down?

You may be asking where my empathy and love is? Am I coming down too hard on conservative Christians?

I’m trying hard not to. I understand and empathize with the fact that many conservative Christians feel trapped right now. They honestly think they have no other option. They have bought into the well-entrenched belief that Christians are to be conservative by default. They have not reached the point where they can separate church and state in their own minds. They don’t truly understand that the Constitution not only protects their freedom to believe and worship as they please, but also every other American’s right to do the same. If they did understand that–truly understand it–they could free themselves from their political shackles and let the Constitution run the country allowing themselves to get on with the business of reflecting the love of Christ…you know, being Christians. I know this trap well because I was once caught in it.

So, yes, I have empathy for conservative Christians–as a former member of their ranks, that comes naturally to me–I work hard not to spread my message to them in a hateful way. On the contrary, I extend an olive branch to them and a message that there is another way. All it would take is a few good conservative Christians to wriggle free from their trap and we could turn that flag right side up in short order. 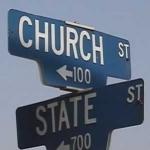 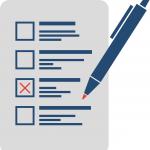