If You Love America, Thank the Progressive Christian Socialist Movement 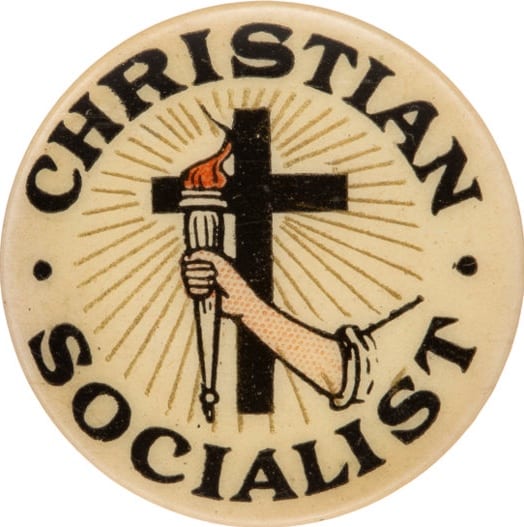 The Trump era has seen a growing division in the American Church. The direction the current administration has taken America has caused millions of Christians to feel very uncomfortable being associated with the politics supported by their churches and the majority of their fellow parishioners. Mirroring what is happening in society at large, battle lines have been drawn across American Christendom. There are the fundamentalists who cling steadfastly to the idea that Christianity is, by nature, politically conservative and the growing and increasingly visible and vocal group of progressive Christians who can not square their faith with what is going on in the current GOP–they can see very little to none of Jesus in the current conservative Christian political ideology. Because of the unique current political climate and the fact that progressive Christians are standing up to be counted, this feels like a new development, but it’s not. In fact, it’s far from new.

Progressive socialism is stitched into America’s DNA. It is famously written in the very first lines of our nation’s birth certificate, the Declaration of Independence, which states that All men are created equal. Even though, of course, the frailty of fallible men, the poisoning of politics, and omnipresent disease of greed kept those words from being practiced, still they are there as a guiding light shining brightly on what we were supposed to be all along.

American progressive Christianity and Christian Socialism date back to the beginning or our country. The pacifist Quakers quietly and steadily pushed for American society to live up to our creed that all people are created equal in the eyes of God. While the Quakers tended to be mild-mannered and preferred to shy away from the conflicts of the political realm, they served their fellow brothers and sisters where it counts; with their deeds. Quakers were among the first and most effective workers in the abolitionist movement and many of them risked their own freedom and well-being to buck the laws of the land in favor of the spirit of our national birthright of equality and freedom for all by helping untold thousands of slaves escape through the Underground Railroad. That was socialist anarchy at its finest.

Who isn’t familiar with the ubiquitous acronym WWJD? When that phrase swept the nation in the 1990s and 2000s, with people wearing WWJD bracelets and sporting the phrase on bumper stickers, most people probably thought it was a brand new thing. In fact, that acronym dates back to the 1880s when a progressive Christian socialist minister coined it in a series of sermons. It was during the 1880s that a new political party called the Christian Socialist Fellowship began to emerge. Their purpose, according to their constitution was “to permeate churches, denominations, and other religious institutions with the social message of Jesus; to show that Socialism is the necessary economic expression of the Christian life; to end the class struggle by establishing industrial democracy; and to hasten the reign of justice and brotherhood upon earth.”

“to permeate churches, denominations, and other religious institutions with the social message of Jesus; to show that Socialism is the necessary economic expression of the Christian life; to end the class struggle by establishing industrial democracy; and to hasten the reign of justice and brotherhood upon earth.”

This group was forming during the rapid growth of the Industrial Revolution when workers were being exploited and abused. Few laws were in place to protect workers. Child labor was a huge problem. Long hours, low pay, and unhealthy working conditions ruled the day. The Christian Socialist Party began to become organized and found a vibrant leader in the person of Eugene V. Debs. For the next few decades, into the 1920s, Debs was a fixture in the presidential elections. He never made a large impact upon the outcomes of the elections, though he did get nearly a million votes in a couple of elections, but he had a huge impact on the issues of the day. Because of Christian socialists and the work of Eugene Debs, the two major parties were forced to take on those issues. If you enjoy a 40-hour work week, workman’s compensation insurance, health care and pension benefits, paid vacation time, and union membership, you can thank Christian socialists.

This went far deeper than just workers rights. It spilled into the women’s rights movement, as well. Women, when you go to the polls to vote in the 2020 election, keep in mind the hard work of Christian socialists who helped give you that right.

African Americans, Hispanic/Latino Americans, Asian Americans, minorities in general, you can thank Christian socialists for the fact that Jim Crow laws and legalized segregation and discrimination no longer exist.

Conservative Christians fear nothing more than socialism. They show it every time they post about politics on social media. That’s got to be because they don’t understand what socialism is. They certainly don’t understand how much they benefit from socialism every day in their own lives.

And they also don’t understand that Jesus was far more socialist than conservative.

October 10, 2019 I Dreamed I Was Dreaming
Recent Comments
0 | Leave a Comment
Browse Our Archives
get the latest from
Empathy Mining
Sign up for our newsletter
POPULAR AT PATHEOS Politics Blue
1