Conservative Christian, the Bible Should Humble You, Not Make You Feel Superior

Conservative Christian, the Bible Should Humble You, Not Make You Feel Superior November 5, 2019 Shane Phipps 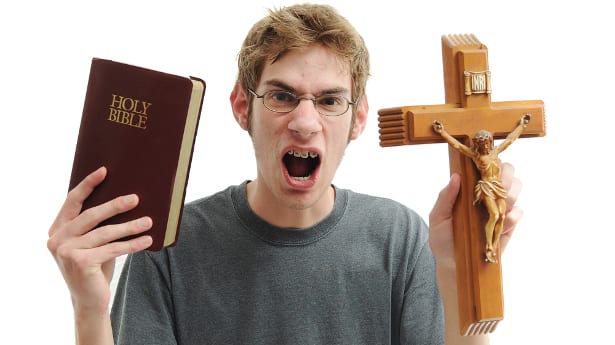 There is not a book in the history of the world that has been so meticulously studied, interpreted, reinterpreted, misinterpreted, debated, used, abused, and weaponized as the Holy Bible. The only other books in the running would be the Torah and the Koran, both of which share much of the same story. A recent article I wrote got me to thinking about this topic. In that article, I wrote the following statement:

“We are a nation with a large number of Christians who have lost touch with the most important themes in the teachings of Christ, instead placing their faith in the teaching of Paul, or dwelling the the comfort of antiquity found in the Old Testament because it’s much easier to feel superior there.” 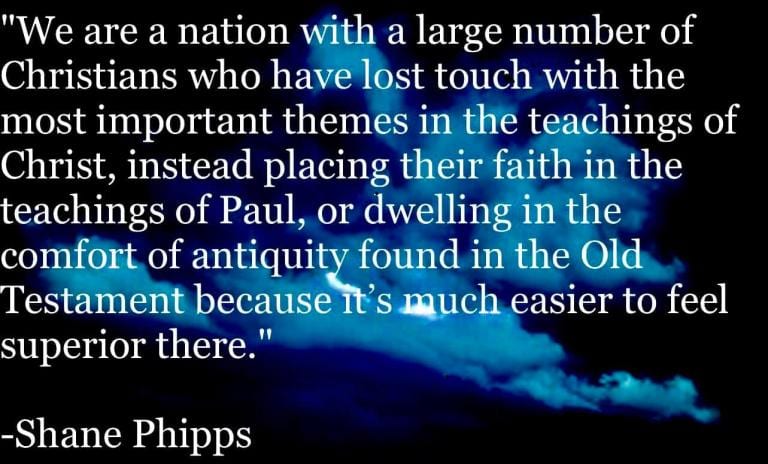 I stand behind that statement. I see the truth in it played out all the time. But here is the cold, hard fact: There is nothing in the Bible that should ever make any Christian feel superior to anyone. In fact, just the opposite is true. The Bible should humble all Christians.

Interpreting scripture isn’t something about which I claim any expertise. However, when it comes to the most important parts of scripture, the words and actions of Jesus Christ, I think there is a very clear picture that should never be up for debate. There are several key points that should be universally understood and, as a result, universally practiced. Everything else pales in importance and is up for debate, buried under thousands of years worth of layers of historical context and societal nuance. Yet, it is the choice of so many conservative Christians to dwell in the “everything else” that has muddied the waters of Christendom and caused so many people to be repulsed by the very idea of organized religion.

I have identified several biblical truths that should transcend debate and that should keep ALL Christians humble. If we all would focus on these truths, nobody would ever feel superior and a lot more people would feel welcomed and accepted into churches.

It doesn’t matter if it’s an overt action, a passive non-action, or a passing thought, sin is sin and all sin is created equal and separates us from God. Creating a hierarchy of sins, singling out particular ones, and marginalizing people seen as living under these kinds of sins will end up being the death sentence for the Christian Church as we know it. According to the scriptures and the true nature of what sin is, every Christian sins on a daily basis. I’ll offer just one of endless examples: Christ said that whoever looks at a woman with lust on his mind has committed the same sin as adultery. Did Jesus say this to condemn every man who ever lived? No. He said it, I believe, to illustrate that everyone sins all the time. He said it to humble us. Whenever we have hateful thoughts about others, rather than love for them as we are so clearly commanded, we sin–the very same level of sin as all those cherry-picked, often misinterpreted “sins” conservative Christians love to hold over people to marginalize them and about which they are willing to elect an absolute mess of a president because they vote on one or two issues alone. In this process, conservative Christians earn their moniker as hypocrites and drive millions of the people they marginalize away from the true message of Christ. They use the Bible as a way to look for justification for their intolerance rather than using it to humble themselves and take their rightful place among the rest of us sinners.

Jesus became public enemy number one because he welcomed and loved everyone that society shunned. Jesus enfranchised the hated tax swindlers, prostitutes, lepers, the destitute, crooks, in short, anyone who came to him in humility. Conservative Christians love to pick apart such controversial interactions. While they recognize that Jesus offered love and grace to all, they will almost certainly bring up the point that when those interactions were over, Jesus sent them off with the admonishment to “sin no more.” Yes, Jesus did say that, but he did so knowing full well that those people would go off and sin before the dust of their departure settled. When conservative Christians focus so hard on the repentance part of Jesus’ message, they imply, intentionally or not, that they live sin free lives. That’s absolutely dangerous thinking and that, ironically, in and of itself, is sin.

Jesus couldn’t have been more clear about what is most important, and conservative Christians don’t like dealing with that truth.

“And one of them, a lawyer, asked him a question to test him. ‘Teacher, which is the greatest commandment in the law?’ And Jesus said to him, ‘You shall love the Lord your God with all your heart, soul, and mind. This is the great and first commandment. And a second is like it: You shall love your neighbor as yourself. On these two commandments depend all the Law and the Prophets.”

It can’t be more clear than that. Following the two most important commandments as clearly laid out by Jesus himself, pretty much covers everything else. If conservative Christians would follow these two commandments, they’d have no time to marginalize anyone.

With these undebatable biblical truths on the table, it becomes very clear that the conservative Christian Church in America has lost its way. Since a conservative political agenda has been sold to them as a part of the path to salvation (a historical crime of monumental consequence, by the way) millions of conservative Christians have been scouring their Bibles for ammunition to use against the people their politics marginalize. They bypass the message of Christ in an effort to use the Bible as a way to feel superior. 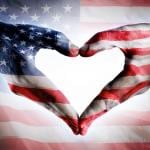 November 11, 2019 Conservative Christian, You Don't Own Patriotism-You Might Not Even Understand It
Recent Comments
0 | Leave a Comment
"Thank you for this.My last pregnancy was so agonizing that it caused suicidal prenatal depression ..."
Juniper Defending My Politics with My Faith: ..."
"I'm sorry your pregnancy was so difficult. However, I wouldn't say there is 'no moral ..."
Harold Porter The Christian Right is under siege ..."
"The maximum marginal income tax rate in the early 1950s was 92% on income earned ..."
Juniper The Christian Right is under siege ..."
"We...could...tax the rich. Like we did before. You know, when the New Deal gradually created ..."
Juniper The Christian Right is under siege ..."
Browse Our Archives
get the latest from
Empathy Mining
Sign up for our newsletter
POPULAR AT PATHEOS Politics Blue
1