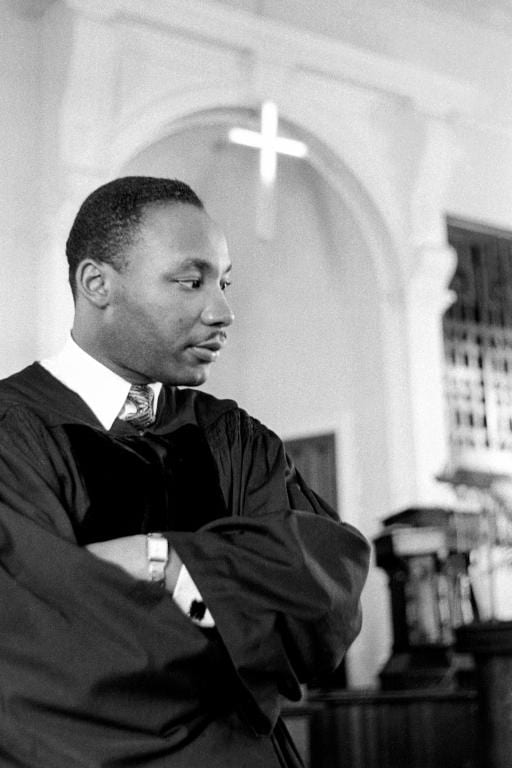 A good friend of mine shared a Martin Luther King Jr. quote on his Facebook page today. It’s one of my favorites and it perfectly dovetails with what’s been on my mind the last couple days. Here is that quote:

“History will have to record that the greatest tragedy of this period of social transition was not the strident clamor of the bad people, but the appalling silence of the good people.”

Dr. King made that statement during the height of the Civil Rights Movement; a time of great social upheaval, change, and resistance to change. That was more than half a century ago, but it could have just as appropriately been said of our current times. The difference, of course, is that in the 1950s and 60s, the change that was being made was much needed and long overdue. Then, we were striving to finally, a century after the Civil War, bring equal rights and freedoms to America’s marginalized minorities. Today, we are striving to keep a different kind of change from happening; a change that threatens to push us right back to where we started.

When Dr. King was calling out the appalling silence of good people back then, it was a challenge issued in large part to the Christians of the time who were afraid to make waves, those who didn’t want to put themselves out there and get their hands dirty, those who like to say “there’s nothing God can’t do” and then sit back and wait for God to do it. If Martin were with us today, he’d see that things haven’t changed much. Today, millions of Christians are trying to remain about the fray of a society in upheaval as decades of progress are in the process of being systematically reversed. Our president is clearly corrupt, dishonest, unkind, selfish, and bigoted. His biggest support base are the self-professed Christians farthest to the Right. They are, of course, a lost cause. They aren’t being appallingly silent at all, they are being appallingly vocal and they have made it clear that they are prepared to go down with the ship. Even as I type these words, thousands of far-right protesters (the majority of them self-professed Christians) have descended upon Richmond, Virginia to protest against sensible gun laws. The fact that almost all of them are white and that they scheduled this event on the national holiday honoring Dr. King cannot be a more clear and shameful statement, by the way.

People like that are deliberately seeking the limelight to spread their hateful and marginalizing messages. Meanwhile, millions of other Christians watch (or perhaps avoid watching) from the shadows and remain silent. They think they are staying out of it so as not to bring attention to themselves or step on the toes of friends. What they don’t realize is that they can’t stay out of it. Silence in the face of evil, like it or not, is implied complicity. As Dr. King so eloquently put it; their silence is appalling.

Before I come off too much like a holier-than-thou type, let me just add this: Until just a few years ago, I was one of the appallingly silent Christians. I did everything I could do to be non-political. I didn’t want to step on any toes. I tried to stay above the fray. Things began to change for me when Mike Pence was the governor of my state, Indiana, and then when he teamed up as Donald Trump’s running mate, it pushed me over the edge and I could no longer maintain my silence. I’ve been screaming into the wilderness ever since.

My fervent prayer is that God will open the eyes of those currently remaining silent and that they join the cause of equality and freedom for all Americans–Christian and non-Christian alike.

I’ll leave you on this special holiday with a song I just wrote and recorded about this topic. I hope you’ll enjoy and share it with others.

January 14, 2020
Christian Trump Supporter, You Can't Steal My Faith Away, I'm Now a SPESAC
Next Post

January 24, 2020 What if Roe v. Wade Were Overturned? A Progressive Christian Perspective
Recent Comments
0 | Leave a Comment
Browse Our Archives
Follow Us!