2020: The Year That Brought Us Face to Face with Ourselves 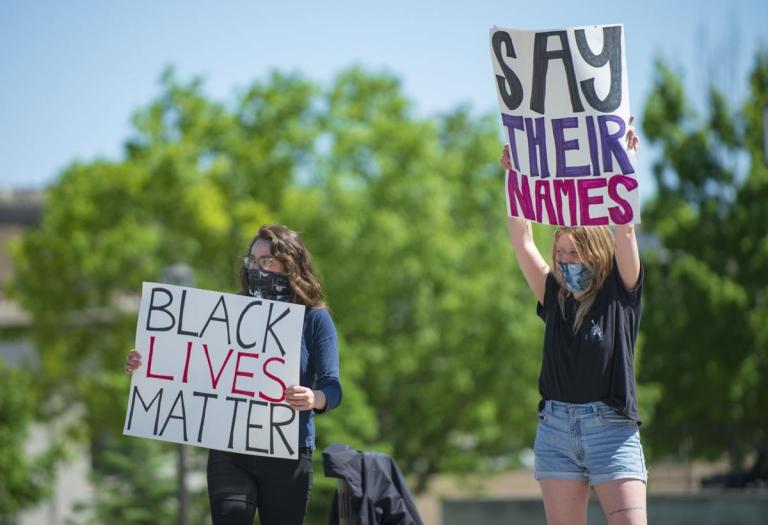 I haven’t been able to bring myself to write much for weeks. Throughout much of this time of the Covid-19 quarantine, I’ve just been sitting around looking at the television–not watching really, just looking–or doing yard work, or walking the dog, etc., and ruminating on what’s happened to our nation. I haven’t been particularly angry, sad, agitated, or anything like that. Mostly, I’ve been numb. I guess that’s why I’ve found it difficult to write much. But I have been paying attention and I have been thinking.

Here’s what I’ve been thinking:

Pretending everything is alright in the United States isn’t working. It’s way past time to face ourselves and do the work that is necessary to set us on the right path.

I’m just going to come right out and say this and I’ll make no apologies for it. I’m looking at people like myself here. Generally decent, God-fearing white folk. Folks who see ourselves as open-minded, benevolent, empathetic people. Folks who don’t like to make a lot of waves. Folks who seek out the things that make us feel good about each other. Folks who believe in the “American Dream.” If you are one of those folks, as I tend to be, you aren’t going to like this next sentence, but so be it. We are a huge part of the problem. We avoid discomfort at all cost. We bypass certain parts of town because we don’t like to be faced with the reality that many people have a very different perspective on the American Dream than ours. We look to the exceptional success stories of People of Color as reassurance that things have gotten much better and we dwell in the comfort that truth brings. We have minority friends, neighbors, and colleagues that make us feel a fleeting connection to the feeling of diversity, but we never have to see the other sides of their lives where they are dealing with things we’ve never had to deal with. We feel horrible when a black man like George Floyd is senselessly murdered at the hands of the authorities sworn to protect and serve. We stand united with our black brothers and sisters to condemn such blatently unfair actions. But then, when protests become more destructive than we are comfortable with, we begin to shy away. It is at that point where we are stopped by an invisible wall of white privilege that won’t let us cross over to truly empathize with and support the marginalized. Then we begin talking about what’s right an wrong and ignoring the more important question that never seems to get answered: What is causing this to happen?

Ask yourself this question and then think about it until you can give an honest answer:

What would have happened if Black Lives Matter protesters in some of the US city streets the last couple days had all been heavily armed like the white men who stormed into the Michigan state capitol building to demand the state reopen? 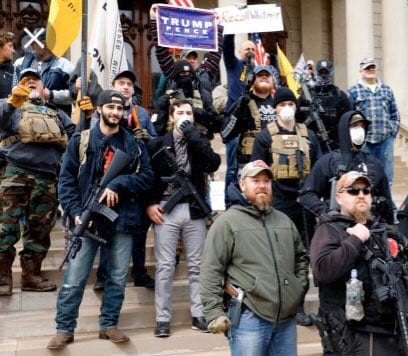 What would have happened?

I think, if you’re honest with yourself, you’ll know what would have happened. It would not have had the same ending. Those men who marched into the Michigan state capitol building, screaming in the faces of the cops while carrying assualt rifles weren’t even so much as tear gassed. Yet, all over the country at Black Lives Matter protests, thousands of unarmed protesters were not only tear gassed, but some were even shot with rubber bullets and even run over by police vehicles.

There are hundreds of years worth of layers of issues that lie beneath this dichotmy. Our national demons have never gone away, despite our efforts to pretend they aren’t there anymore.

Look, I totally get the strong feelings people experience when we watch the rioting and looting. I also get the sentiment that many are sharing about how it’s unfair to the business owners whose property is being damaged. From a privileged perch, that stuff doesn’t make sense.

However, here’s something else I’ve noticed:

Many of the same people I see most loudly clamoring against the rioting/looting because it hurts businesses are the very same people who were screaming about boycotting any businesses that were associated with the NFL when some of the players attempted to very peacefully, respectfully, even silently attempt to bring attention to this issue by taking a knee during the National Anthem.

It makes me think maybe it’s not really the harm to businesses that truly bothered those people…perhaps it’s just the fact that too many people don’t want to see any protesting, peaceful or otherwise, because it takes the veil away and reveals demons we’ve worked so hard to try and deny.

Civil unrest in our city streets always makes us “good white folk” nervous and uncomfortable. The reason we don’t know how to process it all is because these moments in time temporarily strip away a thin layer of our privilege and cause us to come face to face with our demons; our true history and its legacy. People like me normally go about our days imagining we are living the American Dream. Then something like this happens and slaps us awake and makes us realize that our demons are still as active as they’ve ever been in places we rarely, if ever go. That harsh reality brings us temporary discomfort. Here’s what we keep missing; the discomfort we’re feeling now is but a minuscule fraction of what millions of Americans of color live with every single day.

Instead, we get confused about what’s right and wrong and we don’t even really understand that, once again, this isn’t the question we should be focused on. We shouldn’t be asking what good does that do, we should be asking why are they so desperate? And more importantly, we should be asking, is there something I could do differently to make things a tiny bit better?

It’s time for us decent, God-fearing white folks who see ourselves as open-minded, benevolent, empathetic people–who don’t like to make a lot of waves–who seek out the things that make us feel good about each other–who believe in the “American Dream”–to take a look in the mirror. We need to ask ourselves the question we used to love to wear on our wrists with those little rubber bands embossed with the letters, “WWJD.” What would Jesus do? Would He post memes about MLK Jr., or would He join with the people crying out for help?

If you are comfortable in this nation right now, you have a lot of questions you should be asking yourself.

I know I’m asking them of myself.

April 20, 2020
The Christian Right is under siege by a pandemic of hypocrisy
Next Post

June 20, 2020 Hey, Let's All Take a Deep Breath, Shut Up and Listen
Recent Comments
0 | Leave a Comment
Browse Our Archives
get the latest updates from
Empathy Mining
and the Patheos
Politics Blue
Channel
POPULAR AT PATHEOS Politics Blue
1

We Could All Be Better at...
Empathy Mining
4