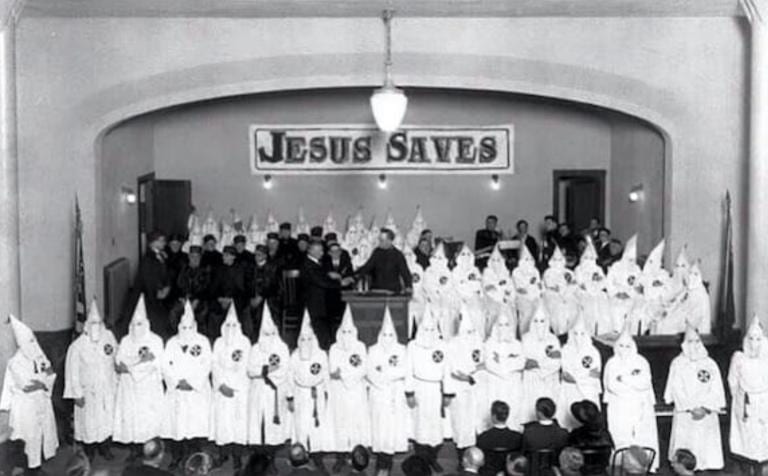 Trigger Warning: This article is not meant to be a condemnation of all who claim to be conservative Christians. It is simply an historic account of things done under the banner of conservative Christianity. These things cannot be denied; at least not by anyone with the slightest education about our national story. Draw your own conclusions.

Mark Twain is credited (rightly or wrongly) as having once said, “History doesn’t repeat itself, but it rhymes.” There is so much truth in that. The events, people, and circumstances of the historic events are always unique, but patterns do leap off the historic timeline and smack you right between the eyes. Over and over, you’ll see the same mistakes born of the darker side of human nature and you’ll see the heroic actions that stem from our good side. History changes, but human nature doesn’t. We are living in an era of American history where the battle between the dark and light sides of human nature is on full display and impossible to miss. These eras come around every few decades. These battles are the visible pains of childbirth; necessary to produce change and move us forward. As a progressive Christian, the hardest part for me is watching, yet again, conservative Christianity representing the darker side of the human nature. Sadly, a cursory glance at our history shows us that conservative Christianity has been the dark poet that keeps finding the rhymes within our history. Our great Constitution and our Declaration of Independence never promise us a nation that is perfect or a life that is exactly as we want it. What they do promise is an equal opportunity for each of us and the pursuit of happiness. But time and time again, it has been conservative Christianity that tries to force our country into accepting their terms—their ideals of equality—their ideals of happiness. When others pursue happiness and equality, conservative Christianity keeps rhyming with history and stands in the breech of progress. Then we do battle.

This dark American theme began 150 before there was a United States of America. When the Puritans came to America in the 1600s, fleeing the stifling policies of the Anglican Church in search of religious freedom, they found it here. But what did they do? They set up a stifling kind of religion here and ruled it with an iron fist just as their rulers back in England had. This led to the splintering of the Puritans and the formation of new colonies. It also led to shameful events such as the Salem Witch Trials. It would be centuries before anything like true religious freedom would come to America.

In the time of Manifest Destiny, when America was pursuing western lands with the lust and wild-eyed frenzy of a crazed lunatic, conservative Christianity was in the pilot seat. After the forced removal of Native Americans and the provocation of war with Mexico, when the dust settled, the United States had filled in its map from sea to shining sea and called it God’s will. The conservative Christians won that battle. They pursued their happiness at the expense of anyone else’s who weren’t on board their “Gospel Train.”

In the ensuing years, conservative Christian plantation owners attempted to move their slave run operations further west, sparking a battle that would end up costing over 600,000 American lives in the Civil War. The conservative Christians of the South lost that battle, but their pursuit of happiness came at a great cost to the winners as well.

In the wake of the Civil War, conservative Christians formed the Ku Klux Klan in an effort to terrorize the newly freed and enfranchised blacks so that they would be too frightened to use their newly gained rights. This led to 100 years of Jim Crow laws which flew in the face of our national creeds of equality and freedom for all to pursue happiness.

In the late 19th and early 20th centuries, it was conservative Christianity that rose up to try to deny women their full rights as citizens. A woman’s place was in the home, subservient to her husband, they said, and thereby had no business voting or having any real voice in what happens in their country. A battle ensued and, thank God, the conservative Christians lost that one. But because of their efforts, there are millions of women alive today whose mothers could not vote.

In the 1950s, conservative Christians became paranoid during the “Red Scare.” They waged war against anyone they didn’t think was a true blue patriotic American. They conducted a 20th century version of the Salem Witch Trials, attempting to squelch anyone’s right to pursue happiness in a way they weren’t comfortable with. Another in a series of historic rhymes penned by them.

In the 1960s, conservative Christians once again wrote an historic rhyme as they tried to stop long overdue legislation to finally allow African Americans and other minority groups to have true equality. The efforts to block the ERA sparked more battles in the streets. The conservative Christians lost that one on paper, but the battle never ended. We are experiencing the rhyme of history even as I type this sentence in the battles on the streets of our cities and on the social media platforms where the dark and light side of our human nature continue to try to kill each other.

History doesn’t repeat itself, but it rhymes. 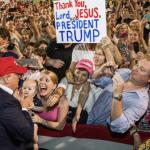 August 27, 2020
Right Wing Christian, You've Told Me Why You Can't Vote for a Democrat, Let Me Tell You Why I Can
Next Post