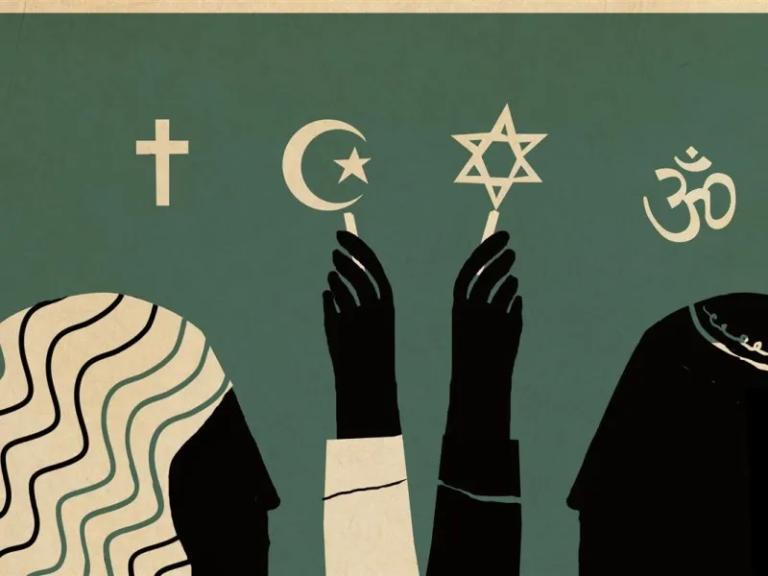 It is the middle of the day at the public high school in Anytown, Texas. During the school’s non-instructional break period called FOCUS, which is used for various things such as study hall, working on college prep, or attending occasional convocations. Today happens to be a convocation day. The school’s 1,100 students gather in the gymnasium and listen to an Islamic imam proselytize about the virtues of his religion. During the presentation, students are asked to get down on their knees and face Mecca for a prayer. Many of the Christian students are made very uncomfortable by this and begin to question the Constitutional legality of such an event in a public school during school hours. One student is so offended by it that he asks his teacher if he can leave. He is told that the classroom door is locked so he must remain for the convocation. Eventually, over 100 students stage a walkout in protest.

Does this sound crazy? Are you thinking, good for those students, that school was way out of line? Well, that scenario, nearly word for word, just happened in Huntington, West Virginia, only it wasn’t an Islamic imam leading the service, it was an evangelic Christian preacher. Dear readers, if this story doesn’t deeply concern you then you either don’t understand the Constitution and what a public school is for, or you don’t agree with the Constitution and want it changed.

I am here to try to show you that this type of scenario is one of the main underlying driving factors behind this current push for more parental control over what goes on in public schools. Dozens of states are being bombarded by nearly identical nefarious education bills written and sponsored by an organization known as ALEC. When the language in this kind of legislation mentions that parents should be able to opt out of any content that might make their children “uncomfortable,” let’s not kid ourselves; what that really means is, they don’t want anything that would cause children to think critically about their families’ Christian Nationalist values. When these bills were written and included the creation of parent dominated “committees” to oversee a local school district’s curriculum policies to better reflect the community’s “values,” you can bet your bottom dollar exactly whose values they have in mind. Groups like Purple for Parents and others of their ilk, would be absolutely delighted by what happened in Huntington, West Virginia. That’s what they want more than anything. They want to kick down the wall of separation of church and state—strike that, they want to kick down the the wall of separation between Christianity and state (they’d love to leave that wall up for other faiths)—and usher in an ultra-conservative Christian and Nationalistic curriculum into their public schools. They think they can get away with this since the majority of the people in their communities share a similar conservative Christian Nationalist value system. The one thing stopping them, so far, is the Constitution. I find that many people on the far right seem not to understand a basic tenet of the Constitution; that is to say that the Constitution, particularly the Bill of Rights, is an anti-democratic document. It is the opposite of majority rule. The Constitution protects the rights of the minority (sometimes even just the one) against the will of the majority. One Landmark Supreme Court ruling after another has supported this crucially American ideal. Yet, Christian Nationalists become enraged whenever they lose one of these cases. So, they set about formulating their plan to circumvent the problem. They began their attack on public education. To their credit, they have done a masterful job of this, particularly in the reddest regions of the country.

Their ultimate plan has been to chip away at the “public” part of the term public schools. They’ve demonized public schools with malicious and mendacious lies. They have created a completely inequitable standardized testing system tied to teacher pay and school funding. They have created an unhealthy competition between public schools now forced to advertise and sell themselves in an effort to recruit students because of the money they bring into the school systems. They have somehow managed to get public tax money in the form of school choice vouchers to be legally used to rob students (often, some of best and brightest students) from public schools to be sent to private schools with faith-based curriculums, while keeping public schools on the hook for providing any special education services for the student stolen from them. And now, they continue to ramp up their attack by trying to give Christian Nationalist parents the power to control the curriculum in public schools.

Apparently, the gains that the far-right Christian Nationalists have already made with the school-choice vouchers funding public school kids’ tuition into faith-based private schools were not enough. The fact that parents already have the opportunity to control their children’s curriculum and reinforce their Christian Nationalist values in private schools on the public dime should have been seen as the ultimate victory (albeit and unconstitutional one, in my book.) But that is obviously not the case. They want control of the public schools too.

But what they either ignore or don’t understand is the fact that, unless they somehow manage to change the Constitution, for every Christian convocation they allow, they would also have to allow a Jewish one, or a Buddhist one, or an Islamic one. That’s the way the Constitution works. Just like in television where public networks must offer equal time to all candidates running for president, so too, a public school must be open to all faiths. That’s the part of the plan that they can’t overcome unless they manage to destroy public education as we know it or completely desecrate the Constitution.

History has shown over and over again that supermajorities are rarely, if ever, good for anyone. If you aren’t comfortable with that, you better be willing to break up some of these supermajority state legislatures with your vote.

That is in your power.

August 20, 2021
Far-Right Lawmakers are Trying to Erase the Role Models of Minorities
Next Post 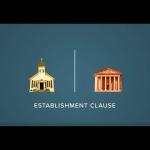