Understanding and Combatting the Anti-Free Speech Movement on College Campuses

It has been quite an interesting year on our college campuses. The student activism has developed what I call an “anti-free speech movement.” Let’s take stock of what has happened up to this point of the year.

A teach-in was called at Davidson College in response to a controversial petition advocating equality of grades. The stunt was used to argue against those advocating economic equality.

Students at Orange Coast College stormed the administration building to demand that the university become more hostile to the student Republican club.
Students at Evergreen College demanded the firing of a teacher who opposed a “Day of Absence” whereby white students and professors would be encouraged to not attend the college.
St. Oaf College was closed for a day by protestors angry at potential racism. Among their other actions, the students took over the campus commons and made complaints about whites. No rebuttal was allowed.
Texas Southern University canceled a commencement speech by U. S. Senator John Cornyn after petitions by students.
The students involved in the Middlebury protest that resulted in an injured professor were disciplined but none were suspended or expelled.
UC-Berkeley was forced to cancel a speech by Milo Yiannopoulos due to violent riots.
UC-Berkeley again canceled, or at least postponed a talk by Ann Coulter due to pressure from students.
At Lawrence College the student government denied group recognition to a free speech club due to a film about free speech in comedy.
Violence occurred during protests of Richard Spencer’s, a white supremacist, speech at Auburn University.
Students at Bethune-Cookman University attempted to shout down Betsy DeVos, the Education Secretary, during her commencement speech.

In light of all of these events comes new research about the type of students who participate in such actions. It is exciting work by Jordan Peterson and Christine Brophy. They are studying what has been called Social Justice Warriors (SJW) and you can see a synopsis of it in this video. You may remember Peterson as the University of Toronto professor who ran afoul of trans activists for his refusal to use their desired pronoun. Perhaps it was this controversy that spurred him to do this research on SJW.

I suggest you view the video to give you a full view of their argument. I have not personally read the research myself, as to the best of my knowledge it is not available to read, so my analysis is vulnerable to the research being weaker than I suppose it to be. But if it is not, then we have great insight into what is happening on our college campuses. I think we also may have some insight of where the problem lies and how we can combat it.

This research breaks the SJWs into two groups. They are called either PC authoritarians or PC egalitarians. The authoritarians are similar to what has been called right wing authoritarians in that they see things in black and white. They do not like to have their ideas challenged, which explains their desire to stop free speech. They are quite willing to censor unwelcome speech and to punish the offenders. Astonishingly, a high percentage of them have mood disorders or grew up in a family with someone with a mood disorder. The research also found that these individuals have low levels of cognitive and verbal ability.

So let me break down what I am seeing from the results of their research. You have two groups of people making up the SJWs threatening free speech on our campuses. One group suffers from mood disorders indicating that they are psychologically compromised. Individuals who are psychologically compromised often make unfair demands upon others; however, this group is not very articulate or cognitively sharp. Yet they have “allies” who are articulate and feel a great deal of compassion for them. They can verbalize the desires of the first group to avoid pain by taking away the free speech of others. Shazam! You now have a readymade anti-free speech social movement ready to take away those free speech rights from anyone who does not fall in line. Assuming that the Peterson and Brophy’s research is sound, what am I missing?

According to the statements in the video, this origin appears to be tied to the type of diversity training programs to which students have been exposed. Something about the messages in these programs radicalizes PC egalitarians. My experience in academia tells me that they receive similar messages from classes with many of their college professors. It is a message that builds the case that groups represented by PC authoritarians are victims needing our complete empathy. Defending the PC authoritarians from the violent rhetoric of others becomes the cause of the day.

So when we look at the changing climate of the college campus, we have to look towards the nature of diversity training programs and how we professors have approached controversial subjects tied to issues of race, sexuality, sexual identity and gender. If we approach subjects with a one-sided manner, then we present the PC egalitarians the motivation they need to act in a knee jerk manner in their defense of PC authoritarians. We create an intellectual environment where they do not learn to challenge their own political presuppositions. We are converting individuals who have high cognitive ability and should be able to think about nuanced answers to problems into individuals who mimic the black and white thinking of authoritarians. We then call that “critical thinking.”

One way out of this situation is to teach real critical thinking. That means to provide a more nuanced presentation than complaining about cis heterosexual white men. Do not get me wrong. I am not saying that we should make the mistakes of the past and glorify historical events such as Manifest Destiny without considering the viewpoints of non-Whites. But creating a narrative where certain groups are always seen as evil, unless they agree with you 100 percent, while the other group can do no wrong short changes our students precisely at a time when we should be teaching them the complexities of social reality.

Who is being influenced by the unsophisticated approach that often comes from professors and diversity training programs? Primarily 18 to 22 year olds who are at the most idealistic stage of their lives are the ones being influenced. They are not experienced enough to realize that reality is rarely as clear cut as what they are hearing from their college instructors. And they usually have not learned to test their presuppositions yet. So if you tell them that critiquing the concept of “rape culture” means that a speaker wants women to be raped, then they will believe that. If you tell them that the police are hunting black men, then they will nod their heads. If you tell them that Christians want to kill LGBT members, then they will agree. This is not to say that we should ignore issues of campus sexual assault, blacks and the criminal justice system or how Christians relate to sexual minorities. But simplistic approaches often lead to problematic, and often authoritarian, conclusions.

For example, look at the way the term “rape culture” has been used. It is vital to look at the social processes making women vulnerable to sexual assault. But to focus on only looking at women being victimized has led to false accusations, most notably those launched at the Duke Lacrosse team. But at least the members of that team received due process rights. Other cases have shown that men have been denied those rights when accused of sexual assault. While we must work hard to limit the sexual assault of women, we should be concerned about false accusations of assault. Maybe I am a little sensitive to this since as a black man, I come from a legacy where false accusations of sexual assault of men were normative. But the frightening speed at which colleges abandon standards of due process for men accused of sexual assault should scare us all. This is what happens when we approach a complex issue with a simplistic “protect the woman at all cost” that ignores the possibility of false accusations. But this type of binary good/evil thinking is what students are picking up in our classes/diversity training. It is this thinking that is weaponized by PC egalitarians so that PC authoritarians can impose their moral standards on the rest of us.

The solution to this madness will not occur overnight. This is a problem that has been building for some time now. Our lack of diligence in teaching our students to think in a sophisticated manner has caught up with us. Decades of valuable efforts to create a safer environment for previously marginalized groups have overcorrected for the problem and now we have new forms of oppression. Do not look for the quick fix or an overnight success for extricating the poisonous attitudes that have led to the formation of the new anti-free speech movement.

The solution is to introduce nuance into our curriculum and training programs. Notice I am saying nuance and not balance. We do not have to give a racist “equal time” in our race and ethnicity classroom. But we should try to help students understand that white supremacy is not always why whites do not support civil rights programs. Students should not go through college with their political presuppositions unchallenged. It is quite possible for politically liberal or radical students to do just that. We who are professors have to learn how to present ideas we disagree with in a fair light and to encourage other professors to do the same.

When I teach my sociology of religion class, I tell the students that if they have strong religious beliefs or strong anti-religious beliefs that at some points in the class I am going to piss them off. In fact, I am going to piss myself off too. Because social reality does not fit into our nice neat little boxes, and when the data goes against what you or I believe we are going to look at it anyway. If an honest look at social reality offends a student, then perhaps they should not be in my class. Indeed if students are going to be offended because of this then perhaps they should not be in college. Only when we are ready to “piss students off” will we be in a position to teach them that they still have much to learn and that shutting other people up is not a great way to gain that knowledge. Only then may we breed the right sort of humbleness in our own fallibility that will provide someone with pause before going on the type of illiberal crusades that we have seen too often on our campuses. 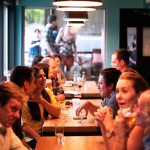 September 7, 2017
This Class is not a Safe Space
Next Post 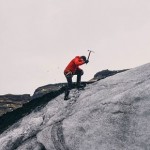 September 14, 2017 Needed: College Administrators with some Guts
Recent Comments
4 Comments | Leave a Comment
Browse Our Archives
get the latest from
Shattering Paradigms
Sign up for our newsletter
POPULAR AT PATHEOS Evangelical
1

Being a Real Cannibal? A Journalist's Tale
The tyrant, or simply the establishment, promises you treats if you lie....
view all Evangelical blogs
What Are Your Thoughts?leave a comment