Those who study religion are very familiar with a theory known as secularization theory. This is the theory that as our societies become more modern that they will become more secular. The basic idea is that as we become more aware of science and learn about other groups, we will not be tied to our own religion quite so much. Europe is a great example of this theory. At one point of our history, Europe was as religious as the rest of the world. Today Europe is quite famous for being secular.

We can also see some of this in the United States. Often scholars of religion talk about the rise of the “nones.” This refers to people who answer questions about which religion they belong to with the answer “none of the above.” This does not mean that they are necessarily atheists or agnostic, but it is an indicator that they are not heavily invested in a traditional religious faith. Research has indicated that we have seen an increase of those “nones” and that the younger cohorts are more likely to be nones than older folks. This means that if nothing dramatically changes, then we are going to see an even larger group of nones in the future.

When I was in graduate school, there was a fair amount of debate about secularization theory. Some of this debate is tied to whether are talking about merely a lack of supernaturalistic beliefs or whether we are talking about how influential religion will be in our society. But either way today I am seeing less debate and more acceptance of this theory. We are observing lower levels of overall religiosity and less religious impact on our organizations. Basically if a society begins to modernize, then it seems that religion will become less important. Whether we will reach the low levels of religiosity in Europe or not, for the foreseeable future, we will see lower levels of religiosity and religious influence on our institutions in the United States.

So why am I more hesitant to accept secularization theory than my colleagues? One word. Children. Secular individuals have fewer children than religious individuals. For example, the total fertility rate (TFR) is the average number of children each woman has. It is estimated that for a society to reproduce itself that it needs a TFR of 2.1. That replaces the father, mother and a little extra for those children who do not survive and/or reproduce. In 2015 the European Union had a TFR of 1.58. The highest is France at 2.01, which is not high enough to sustain their population long term. The lowest is Portugal at 1.23. They also had a negative population group of -3.2. You get the picture.

Of course some of the European countries did have some population growth. But their population growth was due to migration into the country. And who migrated into Europe? A lot of these immigrants were religious Muslims. So secular Europe can only maintain any semblance of population by bringing in religious individuals because secular individuals do not have enough children. If that continues, then one has to wonder how long secular Europe will remain secular Europe. I am not make a statement of the Islamization of Europe. I am making a statement of the religionization of Europe.

A caveat. I know that some individuals are ecstatic about the fact that as cultures modernize and become more secular, they produce fewer children. For some individuals the source of many of our global problems is due to overpopulation. I am agnostic on that issue. But even if they are right, it is undoubtedly true that for a culture to survive, it must pass its values to a sufficient number of future members of that society. Not having a high enough TFR is cultural suicide unless one is ready to go out and conquer other societies. So those who are proud that secular societies are not having kids may be taking a short-sighted approach to this since that very secular society they like so much may soon disappear.

Is there any way that those in secular societies can try to get more native born kids? France is the country that has made the most consistent effort at this, and we can see this in the fact that they have the highest TFR in Europe. However, even France is not yet at a level where they can sustain their population without an influx of migrants. So when I think of secular societies that have sufficient TFR to replicate themselves, it is usually because there is an oppressive regime forcing childbearing. The old Soviet Union comes to mind. So it seems that the only way to get secular individuals to have kids is to take away their autonomy as individuals. But does that not defeat the whole point of moving away from religion?

For these reasons, I question the long-term stability of secularization. I know that we will see the United States become more secular in the short term. But is that sustainable when secular individuals do not have children at the same rate as the religious? If the only way for secular societies to avoid shrinking is by importing religious individuals and assimilating into the same secular ideology that created the propensity to avoid childrearing then can any of us have confidence that secular societies are sustainable. Secular societies will forever be vulnerable to religious groups that resists such assimilation long enough to out reproduce their secular neighbors.

At this point, and until I see further evidence to the contrary, I do not believe that secular societies are sustainable. Secularization theory appears to be a good theory at addressing short term movements towards secularism. But it may not be predictive of a long-term trend towards secularism as an entire world system. For that reason, I remain a skeptic and critic of secularization theory. 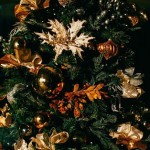 December 20, 2017 Politics and the Holidays
Recent Comments
2 Comments | Leave a Comment
Browse Our Archives
get the latest from
Shattering Paradigms
Sign up for our newsletter
POPULAR AT PATHEOS Evangelical
1

A Sign of the Times: When...
The Chorus In The Chaos
Books by This Author Books by George Yancey

N.T Wright's Galatians-- Part Eighteen
Q. One of the places where I think you and I do...
view all Evangelical blogs
What Are Your Thoughts?leave a comment

2 responses to “Are Secularized Societies Stable?”