Being Destroyed from Within

I have a dilemma. In 2015 and 2016 I was very vocal about my opposition of the candidacy of now President Trump. As a celebrity he always rubbed me the wrong way, and when he started off with an insult to Mexicans and Mexican-Americans, I knew this was someone I could not support. I used my facebook page and articles like this in the Stream, a conservative Christian online website, to further my attacks on him. I am a small fry, but I am happy to say that I did convince some conservatives to not vote for Trump in the general election. Of course, my small influence was not enough as he is our president, but I feel that I did my part to try to stop that from happening.

Among the many reasons I opposed Trump was his tendency to lie. I know that most politicians, on the left and the right, do not tell the truth a good deal of the time, but Trump seems to go at a lie a minute pace. And of course he still lies as pointed out last week when dealing with the Finish president. But I have to admit there is one place where he appears not to be lying. That area is the advancing of the agenda of conservative Christians and opponents of immigration. He has stuck to his list of preapproved Supreme Court Justices and he is still fixated on building the stupid wall.

One of my arguments to my conservative friends about Trump was that he was going to treat them like has done to so many women in his life. After he received what he wanted from them, he would abandon and forget them. But from their point of view he has done the opposite. He has been more faithful in his pre-election promises to them than he has to his wives. Ironically, the one area where I think politicians lie the most, what they promise they will do for the voter, is the one area where Trump seems to lie the least.

This has led to my dilemma. There is a certain amount of psychological energy and time that goes into being a voice against Trump in my social circle. It is easy to oppose Trump when almost all of one’s friends also oppose Trump. It is much more tiring to do so when a good deal of one’s social circle has an incredible amount of loyalty to him. Of course if one’s friends already oppose Trump, then ranting against him with those friends will do little in increasing opposition to him. One has the best chance to cut into Trump’s support by talking to individuals who actually support him, or are thinking about supporting him.

Furthermore, those who support Trump will be stronger in their support of Trump due to some of the idiocy done in the name of resisting him. I know that some progressives are tired of my pointing out their movement condones violence or engages in some of the same type of rhetoric they accuse Trump of engaging in. I have make my opinion known because it is the right thing to do. But I have to also make my opinion known because this type of activism actually creates the sort of fear within the Trump supporter that makes him or her more likely to support the president. Some of the actions of progressives, such as calling Trump Hitler, are quite counterproductive to their stated aims of getting rid of Trump.

These types of actions from the “resistance” will make Trump harder to beat in 2020. In 2016 the Democrats probably ran the one candidate with enough baggage for Trump to win. Unfortunately, since that election, some activists are already creating baggage that the Democrat nominee will have to carry in 2020. As long as this is the case, it would be irresponsible for me to fail to point out the foolishness of some of the anti-Trump efforts.

Now I know that in 2019 and 2020 it will be harder to push against the Trump supporters because he has delivered to them to some degree. So to be very open in my opposition to Trump will be more costly than before, and I will get less of a result as I am convinced that I will persuade fewer conservatives to not vote for him. Do I want to deal with the type of pushback I am going to get if I make it clear that I oppose Trump and encourage others to vote against him? It seems like more work with lower payoff than what happened in the last presidential election.

To be honest, a big part of me would like to just shut up about Trump for the next year or two. I have three young kids and do not need the grief and time it takes to be outspoken against Trump in my social circle. But there is one abiding reason why I cannot do that. I fear for what the Trump presidency means to the Christian tradition I love – evangelicalism.

I think the most powerful argument I have for my fellow Christians is that supporting Trump is destructive to the way we represent Christ. Some Christians talked about trying to guide Trump through our support and help him be a better man. Maybe they actually believe that would happen, but the opposite has happened. Evangelicals have become worse rather than Trump becoming better. Evangelicals once believed that our sexual morals mattered in leadership but no more. The defense of Trump by some evangelicals reaches the height of hypocrisy. I have Christian contacts who were very hard on Trump during the primaries and were disgusted with Trump in the general election. If they did vote for Trump, they held their nose while they did it. Today, to my dismay, some of those same Christians have turned into some of his biggest supporters. Christians did not save Trump. Trump corrupted them.

And none of this is to ignore that by supporting Trump, Christians have tied themselves to his race baiting, sexism, lying and incompetence. I know that many of my Christian friends hated that argument when I used it. They pointed out that just because they voted for Trump does not mean they agree with him on everything. I understand that logically. But in reality people are going to associate a vote with Trump as an affirmation of all the characteristics linked to him. It does not matter that you voted for Trump because you did not like Clinton; when you vote Trump you get the whole package. All the lying, race-baiting, sexism and the rest is something you will be seen as endorsing. So that 81 percent of white evangelicals number will continue to plague evangelicalism for some time to come.

It is better to stand for something, even if that something is rejected by the larger society, than to show oneself as willing to compromise one’s own morals to achieve political victories. The support of Trump indicates that Christians will go against their own stated values to achieve political power. That is worse than being called a bigot for those beliefs because it makes it seem as if we have no beliefs. The concern of Christians about the anti-Christian hostility of Clinton is well founded. I have little confidence that who the Democrats put up will not be just as hostile as Clinton. But we destroy ourselves much more by denying our values than by being attacked by those with antipathy towards us.

So I probably will be a vocal critic of the president during the 2019-2020 campaign. If a reasonable Republican runs against him (Jeff Flake?) I will be more than happy to support that person in hopes that we can end the Trump presidency before we even get to the general election. But most likely I will go third party again. I am already steeling myself for the arguments that a third party vote is really a vote for the Democrats.

If I do not think I will have as much of an effect as I did in 2016, and I will have to put up with the nonsense offered by Trump supporters, then why do I plan on being vocal with my opposition to him? There have to be Christian voices within the evangelical tradition that oppose this president. We cannot leave our image of evangelicalism to the Robert Jeffress and Franklin Grahams in this world. We have to take back our evangelicalism and move towards a new evangelicalism with all deliberate speed. My actions may not make much of a difference in the potential election of Trump but it will show that there are multiple voices within evangelicalism and Trump has not co-opted all of us. Perhaps illustrating that reality will make all the psychological costs that will come from taking this stance worth it. 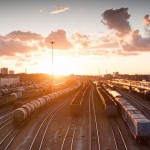 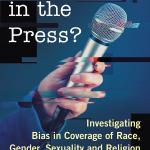 Where is Peace in Our Chaotic Anxiety Ridden...
Circumstances that Cause Stress The events of the last six months have...
view all Evangelical blogs
What Are Your Thoughts?leave a comment

7 responses to “Being Destroyed from Within”