Prejudice in the Press: My Latest Book

Several years ago I did research looking at academic bias. I found that there was bias against both political conservatives and conservative Protestants, with more religious than political bias. After that project I collected data looking at anti-Christian attitudes and found that those with such attitudes were more likely to be white, wealthy, highly educated, male, progressive and secular. To me this sounded like individuals I would expect in the institutions that help to establish our cultural values. Academia is such an institution. But the media is also an institution that is important in the creation of our cultural values. I was curious about what sort of social biases are found in the media. For that reason I conducted research that led to a book that has recently been released titled Prejudice in the Press?. My thanks to my co-author Alicia Brunson for her help on doing this book.

There has been a great deal of work looking at what is presented in the media. Typically researchers study the way members of the media present certain stories. They then make an assessment about whether there are different presentations depending on the characteristics of the people in the articles. Dr. Brunson and I took a different tactic. We decided to do what is called an audit study. We sent members of the media (mostly reporters and editors on newspapers staffs) a questionnaire with different scenarios. We then changed some of the characteristics of individuals in those scenarios and sent the two different formats out in the survey. For example, in one scenario a black was describes as robbing a white and the races were reversed in other scenarios. In another scenario a Baptist church was shot up, and while in an alternative version it was an Islamic Mosque that was attacked. We did this with eleven scenarios so that we could gauge the reaction given to us by our respondents.

We asked the respondents if they would publish the story and where (i.e. front page, local section, news brief). We also asked them an open-ended question about what they thought of the story and why they placed it where they did, or if they did not run the story then why they would not run the story. We included scenarios to test for possible racial, gender, sexual preference and religion effects. We did have one scenario to try to test for political effects, but with only one question on political differences, we are not confident about our findings about political bias.

Okay so that is what we did in the book. Let me just touch on some of our findings that I think the reader will find to be of interest. I will present them in no particular order. Do note that these are only some of the findings. If you want to see all of our findings, you will have to get your hands on our book (shameless plug).

1) With the possible exception of the race of the principles, whether a story is run and where it is placed has little to do with the characteristics of the principles in the story. A person’s gender, sexual preference and religion did not seem to matter as to whether the story would be run at all or where it was placed. Race seemed to matter a little but really not too much. We did not find support for the complaint that the news media refuses to run stories that involve Christians or males.

2) The narrative of the story did seem to be shaped by who the story was about. We assert this based on the answers to our open ended questions. So reporters and editors are as willing to run a story of a Baptist church being shot up as an Islamic Mosque being shot up, but the way the story would be written up would be quite different. We think that our major contribution to the debate about media bias is that this bias is more likely to come out in how stories are written than whether they are written at all.

3) Activism seemed to matter when it came to how stories on race were covered but not necessarily about gender. Some of the respondents talked about racial protest groups when discussing their decision about why a story was important. This happened a great deal less when we were testing men versus women in the scenarios. I am not sure why activism from people of color seems more powerful than activism by feminists but it does seem to matter.

4) The media is very concerned about the plight of sexual minorities. Just about any time we obtained an extended comment from a respondent on a story dealing with a sexual minority, it was very sympathetic to the individual or individuals in the story as well as the LGBT movement in general. In fact in one scenario we compared the shooting of an interracial couple to a same-sex couple. In that scenario the respondents were more likely to see the same-sex shooting as an example of a hate crime than the interracial couple. This may suggest that the marker of being a victim of hate is more closely tied to issues of sexuality than race for media personnel.

5) The media does not believe that Christians can be hated in the same way as other groups. Media members may have been sympathetic to Christians as individuals but are very hesitant to say that they are victims of hate. This may explain why church shootings are rarely described as a hate crime unless the church is black. If Christians expect media to pay the same level of attention to their concerns as they do to the concerns of other social groups, then the results of this research will disappoint them.

6) We should drop the notion of fake news, at least as it concerns mainstream news. We do find some evidence of bias in how stories will be presented. However, this bias is not likely due to an intentional effort to “fake” news. It is probably an outgrowth of the progressive secular subculture that shapes the creators of culture in the United States. 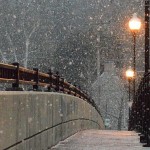 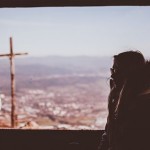 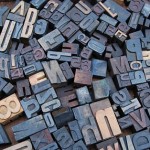 Devotional Guide the book of Acts #5: Acts...
Monday: Read Acts 19 Paul’s 3rd missionary journey (53-57) takes him to...
view all Evangelical blogs
What Are Your Thoughts?leave a comment

One response to “Prejudice in the Press: My Latest Book”