Hit them in the Pocketbook

Hit them in the Pocketbook October 1, 2019 George Yancey

I have been following the University of Iowa all-comers policy case with interest. This was the case where the university officials attempted to force Christian student groups to have non-Christians as leaders but were caught not putting the same requirements on a Muslim student group. That requirement is what has come to be known as all-comers policies. It states that campus student groups cannot limit their leadership by race, sex, sexual preference and even by religion. Evidently, after losing their case the bigotry of these U of I administrators was so strong that they decided to attack all religious groups. Well according to this statement from a law firm defending the Christian group the courts have put a stop to that nonsense and hopefully for good.

You cannot single out religious groups for a requirement that you are not going to apply to everyone else. If leadership must be open to everyone, then good-bye fraternities and sororities. See you later any racial or ethnic based student group. If universities are willing to end those student groups, then they get to treat religious groups like crap, since they are treating everyone else like crap.

This ruling does not directly dispose of the awful all-comers policies, but it does show the hypocrisy of the administrators who love these policies. They do not want applied this policy to student groups they want on their campuses. They only want to use it to get student groups kicked off that they do not like. Well tough cookies. Ideological diversity means accepting groups you may not particularly like. And spare me your diatribe about tolerance while you defend treating Christians, and in the case of the University of Iowa almost all religious groups, as second-class citizens.

While I wish all-comers policies would be overturned on their own right, I can live with this current trend of forcing college administrators to live by their own rules. This reinforces what I believe most of us Christians want – just to be treated fairly. I hate forcing other religious groups to accept nonbelievers as leaders or ruining same sex organizations. But if they are going to do that to Christian student groups then they should have to do that to everyone. That seems to be the only way to get it through some thick heads about the unfairness of all-comers policies. So, if we have to punish some other groups to end this madness then I guess so be it.

And I am also so be it on the possibility of forcing university administrators to personally pay for losing these court cases. It quickly become easy for these Christianophobic bigots (obviously I have no intention of apply at U of I anytime soon) to use the university’s money to go after Christians. But I suspect that fewer will do that once they become personally liable for the harm done to the groups. It is not the approach I would prefer as I would rather just rule against the legality of all-comers policies, but if that is what we have to do then that is what we have to do. Unlike the non-Christian student groups being forced to endure the all-comer madness the administrators are directly responsible with the lightening of their wallets. I can live with that. 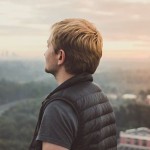 September 2, 2019
Secularization and the Loss of Community
Next Post

November 5, 2019 Christian Politics for a Post-Christian Society
Recent Comments
1 Comment | Leave a Comment
Browse Our Archives
get the latest from
Shattering Paradigms
Sign up for our newsletter
POPULAR AT PATHEOS Evangelical
1

The Evangelical Baptists Who Made "Biblical...
Anxious Bench
Books by This Author Books by George Yancey 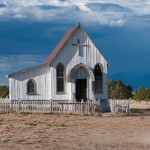 Evangelical
Should we Address the Fears of Christians?
Shattering Paradigms 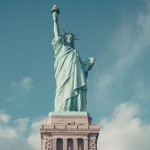 Evangelical
Why it is important that the University of...
Shattering Paradigms

GUILTY- Even US police can no longer crush...
I know that my view is going to be unpopular with some...
view all Evangelical blogs
What Are Your Thoughts?leave a comment

One response to “Hit them in the Pocketbook”