The Unbearable Lightness of Being Authentic

Authenticity can be difficult to come by, even in the church community. Go figure. People prefer to hide the awful mess going on inside their lives, choosing to maintain some shred of perceived dignity rather than revealing the sober truth. The meager attempts we make at propping up an image of success is much more appealing than spilling the beans about the troubled marriage, the crippling anxiety, or the poor performance at work. But the stark truth is that all of us are struggling with something. People may be good at hiding it, but like my mom always says: “Everyone Has Problems.”

I have grown to appreciate more the people who are not afraid to be transparent, raw, authentic and realistic about the challenges and disappointments they are experiencing. It makes me want to be real and transparent with them, too. I don’t know how else anyone can expect to develop real relationships with others unless they do this.

My wife, Beth, and I lived in the Boston area for many years before moving to the Philadelphia suburbs. For some reason, that particular part of the country is well-known for its hard-crusted natives. I would venture to say, twenty years later, that our choice of settling into the frigid culture of the New England area for so long is partly responsible for hardening us up a bit.

I’ve tried to determine why New England is so difficult, why it is different from other parts of the country. I have some ideas on this. First of all it’s really expensive to buy a house there, so you’d better be prepared to lay down some serious coin, even if you have ratcheted down your expectations so that you would be satisfied with just a simple little shack to live in. The financial pressures alone can make even good Christians get a little testy and askance with their brethren, especially when you are invited to a bible study at another church-goer’s home from your “Young-Married’s” fellowship group who has somehow managed to acquire a rather large and well-appointed house and yard in one of the area’s best school districts while you are still scratching together a meager savings from your pathetic paycheck to reach your five-year goal for a down-payment on a tiny ranch in a rural area that will add 45 minutes to your commute (me at age 28).

So this is another problem too, for young people living in the Boston area: everyone else seems to come from a higher grade of  breeding, and is generally smarter, more affluent, and better educated than you. The flow of elite pedigree drips like Chinese Water Torture on to the trailer-park skulls of the rest of us with lesser lineage. While it used to be a source of great pride for me while growing up in a small-town in upstate New York, my family’s claim of us being “a step above white trash” now made me feel self-conscious and embarrassed around these folks. It was hard not to compare myself. As greatly inferior.

Another thing that makes New England difficult is that the weather gets really harsh and brutally cold in the winter, and it lasts a long time, like from late October to mid April. Which is okay, but the snow and frigid wind gets tiresome by mid-April, especially if you’re not used to it.

And the last thing is that people can be a little stuffy. I say that in a very nice way, because I lived there for a long time and met some very nice people and made some good friends (eventually). But generally speaking, folks pretty much want to keep a distance at first. I think the social culture tends to be a reflection of the weather conditions and its enduring affects on the natives, dating back from centuries of an agricultural-based lifestyle. Their puritan ancestors were always prepared for the worst: the soil is always frozen, and when it’s not, it’s very rocky and shallow and difficult to grow anything in. And then they’ve only got three good months for raising crops, the rest of the year they’ve got to hoard and store their food and worry about making it last all winter long. People have gotten used to these harsh conditions since the colonial days, and for generations they’ve been brought up to be very careful and prudent. They’ve seen enough, they’ll tell you, and they know that life is just not going be easy or fun most of the time, so they’re not too bubbly and chipper and wanting to be your best friend the moment they meet you. They’re more likely to be suspicious, aloof, and unsympathetic.

New England can be an especially tough place to live, or to move to, if you’re from somewhere else. In church, for instance, whenever we met new couples who had relocated from the South or Midwest, Beth and I would listen attentively to their innocent, eager chatter about how excited they were to be here, what a great church this was, how terrific were the prospects of living in the Boston area with the history, the culture, the ocean, etc. All the while Beth and I exchange these secret, knowing glances and imperceptible sneers. “Good luck, suckers.” That’s what we’re thinking. We knew that their hopeful longings for caring friendships and welcoming neighbors reaching out to them would be dashed to pieces on the rocks of Marblehead Bay. You ain’t in Grand Rapids any more, kids. It’s going to be tough, competitive and cold. Our one neighbor made her husband move the family back West after only nine months. He had a really good job, too, but she couldn’t take it. I suppose we weren’t very friendly to them either, having acculturated so well, so we didn’t exactly help the situation. It usually takes years to make a crack into a true friendship with anyone. This is especially true of the Evangelical churches up there. At least that is my experience.

However, there was one Sunday morning while attending a large non-denominational church in the suburbs of Boston that I had a surprisingly authentic moment with a complete stranger, which utterly shattered this pattern.

This particular church would pause at a point early in the service when everyone was supposed to turn to the person next to them, introduce themselves, say hello and try to be a little friendly. We had a new pastor from out of town who I think picked up on the frosty New England tendencies and was attempting to break us out of the habit. It was working pretty well. Usually it got out of hand and the pastor had to reign the congregation back in to get on with the rest of the worship service.

On this particular Sunday morning, I turned to introduce myself to the woman sitting next to me. She told me her name and I immediately recognized her. She was sort of a local rock star in the Boston area. I had heard her on the radio a few times, and I told her that I knew of her music. She thought that was cool. Then I asked her how she was doing, you know, kind of casually in a “we only have two minutes before the pastor will start screaming at us to sit down and shut up,”  but not nosy way, and I’ll never forget her response. Rather than glamorizing her life as a well-known, critically acclaimed musician, she looked me squarely in the eyes and told me of the difficulty of trying to make a living as a musician and also raising a child as a single mother. And then she stopped speaking for a second, and we stood there in silence while the white noise of the congregation’s trite exchanges swirled around us like an audible blur. She turned her eyes upwards and said, “Really, I’m just hanging on by the hem of His garment.”

I thought that was so beautiful and sad at the same time. I pictured this woman with her guitar strapped over her shoulder, one arm reaching up hanging on for dear life to the hem of Jesus’ robe as he floats randomly through the sky, her other arm dragging along her little girl, who is gripping Mom’s wrist with both hands, desperately hoping that she doesn’t slip off. I wanted to help her somehow.

Maybe she was thinking about the woman in the gospel story who was suffering from a bleeding condition for all those years, and with great determination, she pushed her way through a huge crowd because all she wanted to do was touch Jesus’ robe. She knew he could heal her. Jesus is walking down the street, mobbed by people all around him, like chaotic paparazzi following his every move. She keeps pushing, persisting, probably getting bruised from being kicked and shoved in the process. She gets close enough and desperately grabs out for him. And then Jesus says, “Who touched me?” The disciples, trying to be good bodyguards, are probably annoyed, and they say, “What are you talking about? Everyone touched you! You’re in a freakin’ mosh-pit of people trying to get a piece of you!” But Jesus knew some kind of power went out of him. He stops walking. He turns around. Everyone stops. What is he doing? Something’s going to happen. He sees the woman, zones in on her, and tells her she’s healed.

This woman sitting next to me in church that morning just wanted to get the same attention. She wanted to push through the crowds, the noise, the pressures, and just have Jesus pick her out, to see her pain, to notice her cries, to give her a break. So she’s hanging on by the hem of His garment. To me, it’s a beautiful way to describe the difficulties, the pressures, the barely-making-ends-meet periods we all go through in life. We question how we got here, how it all ended up like this, why it can’t be better. We pray and plead with God to save us from our wretched conditions, and sometimes it seems like he is walking away, or floating away, randomly pushed along by the masses of needs in the world other than our own. And then we reach out and grab him and all we catch is the hem of his garment. And we clutch on to it and don’t let go until he takes notice.

November 10, 2015
Are You Constantly Trading Up, or Living in the Moment?
Next Post

November 13, 2015 Scared of Layoffs? Take Some Advice from Jesus.
Recent Comments
0 | Leave a Comment
Browse Our Archives
Follow Us!

10 things you don't know about...
MISSION:WORK
Related posts from Shrinking the Camel

Faith and Work
Have You Ever Run Into an Angel on...
Shrinking the Camel 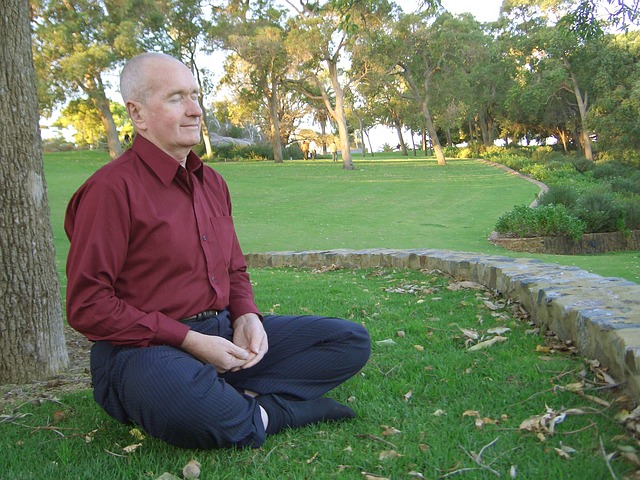