It’s the Season of The Witch: Fear, Trump, and Pope Francis 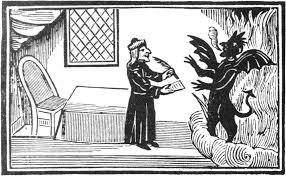 As a writer of paranormal thrillers, I get asked about horror movies all the time. Much to everyone’s disappointment, I actually hate most modern horror movies. Glorified Torture Porn is probably a generous way to describe many of them. There’s no invitation to explore the darker corners of our minds, imaginations and souls. To me, this is what a good scary story should do. And I’m very protective about the scary stories I read or watch because one can only have so much clutter in their brain. I want mine to be full of the right sort of raw material that inspires a deep personal engagement with my stories. Dismembered naked teenagers don’t exactly inspire my kind of scary writing.

Still, there are times that I make an exception. A few years ago, I saw a press screening of The Conjuring and loved every minute of it. Director James Wan brought back the old school horror adage that the real scares are in the brain. When I first saw previews of The Witch, it had every promise of being the type of horror movie that I would love. So, when U.S. Catholic asked me to do a review for their June print edition, I jumped at the chance.

I wasn’t disappointed. While my full thoughts will be published in U.S Catholic, I wanted to highlight something about the movie that I thought was relevant to today, Super Tuesday.

Writer/Director Robert Eggers has said numerous times that he wanted to do a film that would be a “Puritan nightmare.” He researched the Salem Witch Trials, various court documents, and writings of colonial New England. He accomplishes his goal in spectacular fashion, as he wrenches out a key emotion that drove the Puritans: fear. 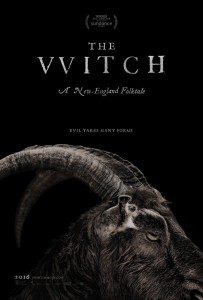 In real history, the Puritans let their terror consume them, and they executed innocent people. Ultimately churches condemned the executions of witches and excommunicated the judges who participated in the trials until they repented. Too late, of course. The damage was done.

But The Witch highlights that primary emotion that haunts the American psyche: fear. Fear always threatens to consume and push us to evil, vile acts. This is true when it comes to slavery, the near extermination of the Native Americans, and the “war on terror.” And its reached its zenith with the now serious presidential candidacy of Donald Trump.

Trump is the incarnation of American fear. He insults people who challenge him. He refuses to condemn white supremacists (a tried and true American sin). And he uses fear to motivate the sinful dispositions of the people. Indeed, he’s a master at tapping the same reservoir of emotion that drove the Puritans to burn the witches. In our case, he wants to persecute immigrants, Muslims and anyone who disagrees with him.

The scary question is, who’ll get hung from the gallows this time?

So many people, including those who claim Christ, are bowing the knee to Trump. Pundits have scrambled to understand why. Obviously they don’t know their American history. When fear reigns, people start dying. I wish that were an exaggeration.

Pope Francis is offering an antidote to all this fear with his declared “Year of Mercy.” First, the idea of mercy implies that we need it. That’s all true. We all do. However, what Papa Frank does is hit on a deeply biblical idea found in St. John the Beloved who says, “Perfect love casts out all fear.” He has thrown open the doors of the church (literally, the porta sancta will stay open til next year) and invited the spiritually lame, sick, whacked out and the wretched into the church. As the musician Steve Taylor once put it  (in a way that smacks Trump in the face), “Jesus is for Losers.” The Holy Father wants us to find the mercy of God and practice mercy toward others, not to keep drinking from the fear fountain that will ultimately poison us.

If we’re tempted by our fear to bow to the demonic rantings of someone like Donald Trump, we will find ourselves ruled by darkness. It’s the Season of the Witch, indeed. 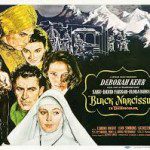 February 28, 2016
We're the Church that Bans Puppies, Kitties, Movies and Other Things You Love (Not really, but it's fun to say!)
Next Post 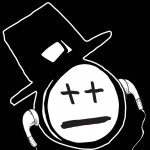