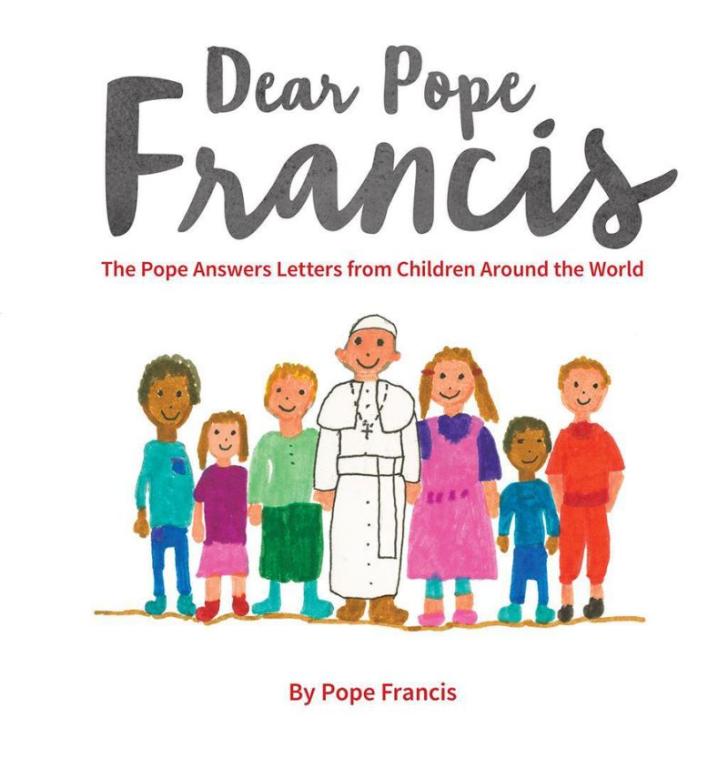 My three hooligans love Pope Francis. They begged me to take them to Philadelphia for the papal visit last September (I couldn’t, as it was a work trip).  While I was there, they kept asking for pictures and videos. And, of course, they insisted that I bring them back something.

While looking around, I discovered the Pope Francis plush doll.  I revolted against the idea, at first,  thinking that it wasn’t very spiritual. Then,  I realized I had lapsed back into a Gnostic Presbyterian way of thinking. These dolls were cute and the kids loved them. So, I bought one for my six year old. Not only did she love it, but my ten year old, who has sensory issues, slept with it a lot. He doesn’t express his feelings about God very much, but his connection to the Pope spoke loudly enough.

I was delighted when I heard from my friends at Loyola they were publishing a kids book written by the Pope. And they published it just in time for me to take with me on my pilgrimage west with my kids.

As I read it, I realized this isn’t just a kids book. Pope Francis is speaking to everyone. There’s an interesting story at the back of the book about Pope Francis’s first reaction when he finished reading the letters. He looked over at the priest who delivered them and said, “These are tough questions!”

And indeed, they are. Children ask questions about suffering, pain, death and war. Kids don’t have an adult filter. They don’t have the sort of long and involved philosophical wrestling matches we do. Yet, if we’re honest, they ask the same questions we think about late at night when we can’t sleep.

Questions like, “Can my loved ones see me after they die?”

There are two letters that really got to me. The first one is from Ivan who lives in China. He asked the pope if his grandpa, a non-Catholic, would go to hell, and if there was ever a sin too great that God can’t forgive. As an answer, the Pope answers with a story about St. John Vianney, who comforted a woman whose husband committed suicide by jumping off a bridge. When the woman lamented that her husband was probably in hell, the great saint comforted her by saying, “Look, between the bridge and the river, there is the mercy of God.”

The second letter was from Mohammed who lives in Syria. As you can imagine, the ten year old asked about war. The Pope answered with this passage that made me weep (yes, I really did):

But, you know, this suffering is destined to end. It is not forever. Suffering is to be lived with hope. We are not prisoners to suffering. It is just as you expressed in your drawing: with the sun, the flowers, the trees and your smile as you fly in the air playing ball. If we forgive one another, we will go to our future home, which will be very beautiful because it will be transfigured-completely transformed-by the presence of God.

Many “True Catholics” have said that Pope Francis is a lightweight when it comes to theology and the teachings of the church. But to me, the true sign of a genius is being able to make difficult concepts easy to understand. It’s very simple to write nonsense and pass it off as deep, theological reflection. Trust me, I’ve done it a lot.  In this book, Pope Francis shows how theology expressed simply, powerfully, in the way of a child, can transform the world. This book flies against the naked power, aggression and insults that are flying in our current presidential election. It’s the heart of the Gospel that the darkness can’t understand.

By all means, buy a copy of Dear Pope Francis for your kids. But read it with them, because you’ll get a lot to chew on yourself. 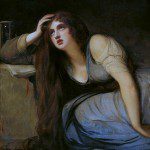 March 10, 2016
The Dark Devotional: Fifth Sunday in Lent: The Dust on Her Lips
Next Post 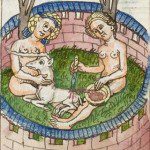 March 15, 2016 The Things that are Saving Our Lives Right Now, March edition
Recent Comments
0 | Leave a Comment
"https://www.youtube.com/wat..."
Theodore Seeber How Blogs Hurt (and Help) the ..."
"I agree with Jacobs. Our writer could have bowed to the altar in the Episcopalian ..."
edlondinium Dark Devotional: The Case of the ..."
"Oh dear. Shades of Pascal's wager. What I choose to do with my life is ..."
Linguagroover Dark Devotional: On the Outside with ..."
"A serious study of Catholicism will show that Jesus' Gospel message was and is a ..."
Jo Ann Elder-Nativity Dark Devotional: On the Outside with ..."
Browse Our Archives
get the latest from
Sick Pilgrim
Sign up for our newsletter
POPULAR AT PATHEOS Catholic
1