Scapegoats for Each Other 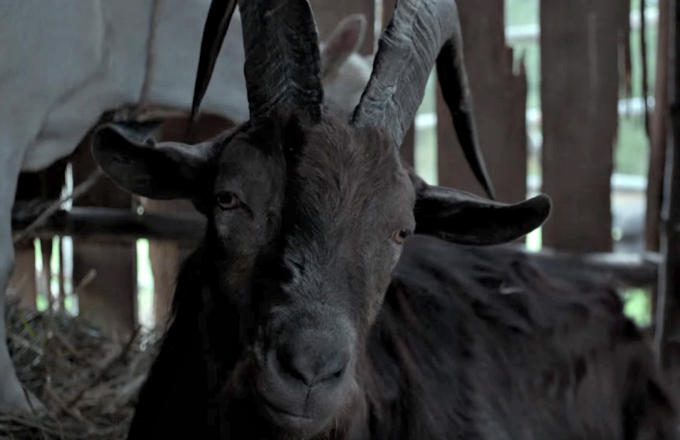 Editors’ Note: This article is part of the Patheos Public Square on Sacrifice: Religions and the Role of the Scapegoat. Read other perspectives here.

“If you want to live in pride and division and anger, you can. But if you will be a part of the best of us, and live and laugh and be ashamed with us, then you must be content to be helped. You must give your burden up to someone else and you must carry someone else’s burden. I haven’t made the universe and its not my fault.”

The above passage is from the novel Descent into Hell by Charles Williams, the “third member” of the famed writers group, the Inklings. In this particular conversation, Williams is using the wise mentor character, the playwright Stanhope, to teach his pupil Pauline that sacrificing for others is built into the law of the universe.

Williams believed that we could literally bear someone else’s burden. He would scornfully reject the idea that it is just a metaphor. He believed that we can and must carry a burden for those who are suffering. But even more interesting, he believed that we must be humble and allow others to sacrifice themselves for us. In other words, we must willfully choose to be each other’s scapegoats.

The common idea of the scapegoat is that we pick something or someone to blame for everything that has gone wrong. But, that’s not quite the idea we find in the Old Testament. Every year, the High Priest would lay his hands on a goat, transfer the sins of the people to it and send it off in the wilderness.

Christians throughout the centuries have scapegoated heretics, women, and other weirdos. This is because they’ve bought into the common idea of what the scapegoat is to do and they certainly didn’t want to take the role on themselves. Or ask someone to do it for them. But that’s exactly what Christ calls us to do.

Williams called this “co-inherence” and it’s an idea that has intrigued me since I started reading his novels and works of lay theology. At first, it didn’t seem right to me, but then I came across a curious phrase in Colossians, in which St. Paul tells the church that he is suffering for them, filling up what is lacking in Christ’s work. Odd idea, as he always went on about the complete work of Christ. Yet, if you see how obsessed the bald saint was with the idea of Union with Christ and with each other, it begins to make sense. He meant that he could be a scapegoat for the Colossians and suffer for them. He could bear their burdens, and it wasn’t just a pretty way to express sympathy. He literally meant it. He expected that all Christians should do the same.

I started to find this idea throughout Scripture. The Prophet Isaiah talks about the people of Israel suffering for the sins of everyone (a prefiguring of Christ). The Jews are called to be a priesthood for the world and bear their sufferings. Jesus talks about the disciples being one in the Gospel of John, and the rest of the New Testament focuses on God’s people united in Christ’s flesh as a living being.

If all that’s true, then we can choose to be a scapegoat for someone, through Christ. We can actually bear their burdens and the emotional reality of their suffering, if they choose to give it up. While we can’t bear sin (only Christ can do that), we can bear the consequences for someone, if we are brave and loving enough. But it has to be chosen willingly and given up willingly.

Christians believe that suffering alone is not an option. The call of bearing one another’s burdens requires that we not only reach out to the hurting, but that we allow ourselves to be reached when we suffer. That is probably the hardest call of all. We have to admit we need help, that we need a scapegoat. We need it because we are the scapegoat for our lives and very often, the burdens are too great to bear.

Williams knew what a powerful idea this could be and how it challenged our basic idea of human autonomy. As a Protestant, I was urged to focus on my personal relationship with Jesus. I liked being alone. It was only as a Catholic that I found that community was essential to my faith. I need them to be the scapegoat of all my worries, the consequences of my sin and my fears, and I’m not ashamed to admit it. But I must also learn to bear others, to be their scapegoat in the time of need. 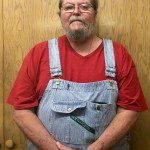 April 12, 2016
Popular Piety: An Interview with a Traiteur
Next Post 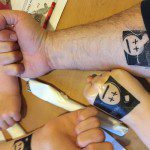 April 13, 2016 I had a Dream about Amoris Laetitia (A Divorced Dad's Thoughts)
Recent Comments
0 | Leave a Comment
"https://www.youtube.com/wat..."
Theodore Seeber How Blogs Hurt (and Help) the ..."
"I agree with Jacobs. Our writer could have bowed to the altar in the Episcopalian ..."
edlondinium Dark Devotional: The Case of the ..."
"Oh dear. Shades of Pascal's wager. What I choose to do with my life is ..."
Linguagroover Dark Devotional: On the Outside with ..."
"A serious study of Catholicism will show that Jesus' Gospel message was and is a ..."
Jo Ann Elder-Nativity Dark Devotional: On the Outside with ..."
Browse Our Archives
Related posts from Sick Pilgrim