3 Things That Every Convert/Revert Wants Cradles to Know (No, This Ain’t a Cosmo Article)

Since I work in the Disneyland for Catholics (Notre Dame), I see all kinds of different Catholics around campus or attending school. I see people who’ve grown up knowing they would go to Notre Dame. I’ve noticed people who just come to Notre Dame to bask in the light of the dome. The diversity is mind-blowing and I truly love it.

I’ve been a “revert” for two and half years. Never once have I regretted leaving behind a sixteen year ministry career and entering the Catholic Church. I’m at home with my family after long years in exile. But there is something that I’ve noticed that bothers me.

That is, there’s an underlying tension between Cradles (people who have been Catholics since birth), reverts (people who’ve come back into the church after a long hiatus, like me and Jess), and converts (people who’ve had no affiliation with the church before). At the risk oversimplifying, I’m going to group reverts/converts together because I believe they have similar concerns.

Because I’m a revert, I can only tell the story from my perspective. I want Cradles to know a few things about those of us who’ve come over into the church later in life. I don’t say these things to condemn, but to open up a dialogue. By no means do I think I’m the first and last word on this conversation. Far from it.

So, here are the three things I want Cradles to know.

We Paid a Price to be Here– This is probably the biggest blind spot that Cradles have about converts/reverts. Believe it or not, snide attitudes about Catholics still exist. Sure, no one will probably deny us a job anymore or drive us out of town. Instead, it’s become a passive-aggressive sort of attitude towards Catholics, such as snide remarks about being cannibals or that we worship Mary.

Many of us have converted against the advice of family and friends. We’ve heard dire warnings about turning our back on God’s word, putting ourselves under the slavery of the Pope/Bishops, and that we don’t believe in Grace alone anymore (neither does the Bible, frankly).

For some of us, that has cost us dearly in our relationships. While we may not entirely lose those connections, there are strains and and some friendships are not the same. That takes a deep emotional toll on many of us.

And, for others, we gave up our careers to be here. I’ve written in numerous places about giving up ministry. But it wasn’t high profile like some other converts/reverts I know. Try finding work when all you’ve ever known is Protestant ministry work. It’s not so easy.

We’re Excited and That’s Okay. Really, we are. For many of us, it’s the answer to a series of long standing questions and the destination of a journey that’s been years in the making. That doesn’t mean we stop our journey or stop asking questions. But we finally feel that we’re part of something bigger, something transcendent, and something ancient. Why would we not want to talk about that every chance we get?

Look, I get it. We’re like a puppy peeing on the rug out of excitement. We make messes and they can be embarrassing. But just like that puppy peeing, we feel sheer joy at taking the Eucharist and being a part of this family.

It’s Our Church Too– Too many times, I’ve been among a group of Cradles who make snide remarks about someone who has converted and talks about it all the time. I heard someone once say, “They need to take some time off and be quiet about it. Come back in five to ten years.”

I can’t even tell you how odious I find this attitude. To be blunt, it’s the attitude of the older brother in the story of the Prodigal Son.  Most converts/reverts have studied a lot about the church either through our own work or going through a year of RICA. While it’s true we have a lot to learn, all of us have something to bring into the church. Again, it’s true, we make mistakes about not knowing the right terminology or the right way to say things. Be patient with us, we’ll learn.

But also realize that God has brought us here for a reason. There are valuable gifts, insights and wisdom that we can bring with us as you teach us yours. Again, much of it bought with blood. That is no small thing.

No doubt Cradles will have much to say on their behalf. I hope so. The beauty of being a Catholic is how diverse we are and yet we are unified under the Eucharist. No matter where we go, what parish we attend or what nationality, the Eucharist is the same. We need to figure out how to live in that unity with humility, respect, communication and trust. Without it, we will find our different Charisms splitting apart and we will find ourselves divided. 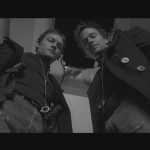 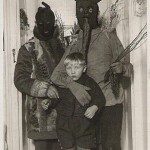 August 31, 2016 A Back to School Prayer for the Weirdos (and their weirdo parents)
Recent Comments
0 | Leave a Comment
"Oh dear. Shades of Pascal's wager. What I choose to do with my life is ..."
Linguagroover Dark Devotional: On the Outside with ..."
"A serious study of Catholicism will show that Jesus' Gospel message was and is a ..."
Jo Ann Elder-Nativity Dark Devotional: On the Outside with ..."
"That is a beautiful little essay."
Tom Hanson Sonnet 73: Time, Friendship and Chronic ..."
"I recommend it, too."
Ame Book Recommendation: Meditations on the Way ..."
Browse Our Archives
Follow Us!