Dark Devotional: Out of the Dust

The hand of the LORD came upon me, and led me out in the Spirit of the LORD, and set me in the center of the plain, which was now filled with bones.

He made me walk among the bones in every direction so that I saw how many they were on the surface of the plain.

How dry they were!

I got the call that my grandmother had died and hurried over in the dead of night with other family members. We would keep vigil. We would do what one does when there’s a death — we would circle in, laugh and cry together, begin making plans, and toast her with Jack Daniels.

The room was yellow with lamp-light, her body, there, in the corner. I don’t know what I was expecting exactly, seeing my grandmother inert. Of course she didn’t look like herself. Her mouth was open and her arm stuck out straight off the edge of the bed.

Her arm. That’s what I remember now — how it stuck out straight, oddly, from her body. They said they had tried to close her mouth, but it kept falling open, like a broken hinge.

Now I circle my suburb in my minivan, vacuum crumbs (on a good day) out of the seats, try to find a space of quiet to sink into where there are no deadlines, meal plans, or sibling bickering to attend to. When I tumble into bed exhausted by the mundane, I think, we’re all a sack of dry bones, our hinges undone. Will we turn to dust in our endless circling? Will we be rendered parched and invisible, finally, at the end? Or is there hope that dead bones may–inexplicably, miraculously–come back to life? Can sinews and flesh really be knit back together? Where do we look to be rebuilt?

Mary Karr wrote of the longing of the corpse of Christ for “two hands made of meat.” Sometimes I like to stay in this rickety ol’ bone pile. It’s comfortingly melancholy. I grab a leg bone and an arm bone and try to make music, turn dead things into art. But I also want to believe in a God that is about the business of resurrection, that “make[s] beautiful things out of the dust.”

I want both–death and new life, that jaw-dropping moment of hope, the touch of two meaty hands that will put all my broken hinges back together.

Ashley Hales is a Protestant who went to a Catholic prep school, so she’s basically got all her bases covered. She holds a Ph.D. in English from the University of Edinburgh, Scotland, but spends most of her time chasing four small children and helping her husband start a church. Her writing has been featured at various and sundry places such as Books & Culture and Think Christian. She writes regularly at aahales.com and The Mudroom, and loves to make friends on Twitter. 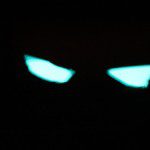