Why Are Your Kids Leaving the Church? They’re Materialist Magicians

Why Are Your Kids Leaving the Church? They’re Materialist Magicians October 4, 2016 Jonathan Ryan 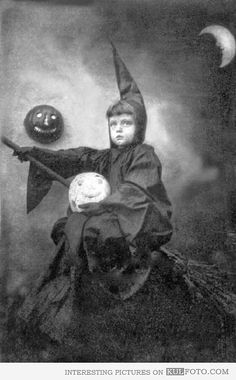 As someone who watches Catholic media for a living, it’s hard to ignore the mass panic among various outlets about young people leaving the church. A recent article in OSV illustrates the point. In response to those surveys, people try to come up with different answers for how to address the problem.  A variety of solutions have been proposed. Many people think making the church more “relevant” is the answer. In an article for U.S. Catholic, Jess vehemently disagreed.

I’m not against that idea. I believe the church needs to do a lot of work to translate the Gospel and the teachings of the Church to the world. But I think many of the efforts are missing something about this generation that contributes to the disconnect.

Most young adults are, in fact, materialist magicians. C.S. Lewis introduced this concept in The Abolition of Man, his Space Trilogy, and in The Screwtape Letters. Lewis uses Screwtape, a senior demon, to describe what he means by the term:

I have great hopes that we shall learn in due time how to emotionalise and mythologise [human] science to such an extent that what is, in effect, belief in us, (though not under that name) will creep in while the human mind remains closed to belief in the Enemy. The ‘Life Force’, the worship of sex, and some aspects of Psychoanalysis, may here prove useful. If once we can produce our perfect work—the Materialist Magician, the man, not using, but veritably worshiping, what he vaguely calls ‘Forces’ while denying the existence of ‘spirits’—then the end of the war will be in sight.”

This is the mindset that grips not just young adults, but also our culture. On the one hand, everyone is in love with science and the belief that it explains everything in life. If anything runs contrary to science, it’s usually scorned or ridiculed. The extension of that belief is that the more educated someone is, the less likely they are to believe in anything that smacks of the “woo-woo.”

And yet, interest in the supernatural dominates pop culture discussions. Ghosts and vampires in young adult fiction, the show Supernatural, the recent box office success of The Conjuring… People can’t get enough of it.

The Church is doing a lot to address the issue from the materialist side. The best example of this is Brother Guy Consolmagno, the “Pope’s Astronomer.” He’s appeared with Stephen Colbert. He’s our answer to Bill Nye The Science Guy. (Except Brother Guy does actual, significant scientific work.) (He’ll also be speaking at our conference next June!)  But we’re doing a poor job addressing the magician side, and this is important. The magician side is the heart, the feelings and the ill-defined things we can’t explain–the innate sense that something is just beyond the horizon that we can’t see.

The weird thing is, I believe the Catholic Church is best equipped to address this side of the human experience with our emphasis on Mystery and strangeness.  I’ve seen it in my own life and interests. But more importantly, I’ve seen the Mystery appeal to my own children.

My kids are a perfect illustration of the Materialist Magicians. On one hand, my middle son is adamant about science and that things he can’t prove “just aren’t real.” On the other, my daughter just started a ghost hunting class at school, and my oldest son is interested in angels and demons.

When I first started going back to the Catholic Church, I took my kids to Mass with me. They had no interest whatsoever. In fact, most of the time, it was a complete disaster. Fighting, eye-rolling and laughing seemed to be our constant companions. Like any good Catholic parent, I lost it after Mass one Sunday, just after taking the Eucharist.

That low point made me rethink my approach. I started listening to them and their interests. They all loved stories of the strange and supernatural. I realized I’d been telling them ghost stories all their lives. I’d given them that love though my own interests and writing. I’d instilled an open door into their souls without realizing it.

So why don’t I emphasize all the strange and supernatural in the Catholic Church? They weren’t ready for any sort of Catechetical teaching. Not by a long shot. I needed find a different approach.

I started talking about the Eucharist. I showed them the bones of dead saints at the Basilica of the Sacred Heart at Notre Dame.  I took them on a pilgrimage, and we visited various churches and shrines. My eldest and I talked about exorcism while my daughter wanted to know more about Marian apparitions. The Professor, my middle son, loved talking about the strange history of the shrines and the churches. Since then, I’ve noticed they’ve started to love going to Mass with me. All of these things we’ve been talking about drip with the mystery of the Catholic Church in a way that flannel graph, Catholic kid videos, or plush saint dolls can never match.

We talk a lot around here about keeping Catholicism weird. In this month of October, we’re embracing the idea full force. But we don’t advocate that weirdness just to make ourselves seem cool, or to give us some kind of dark, funky vibe. No, we really believe that re-embracing weird Catholicism is what brought us back to the church.

Don’t get us wrong, we’re not advocating returning to Latin Mass or extreme self flagellation. Rather, we want to recover the things that contribute to the Mystery of Faith in a deep and profound way. We think it begins with embracing the idea that God is the Creator of all things seen and unseen, and, as in the Eucharist, the Unseen invades the seen in strange and mysterious ways. 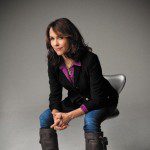 October 2, 2016
Notre Dame and Sick Pilgrim will host Mary Karr and others for "Trying to Say God," A New Kind of Catholic Literary Conference
Next Post 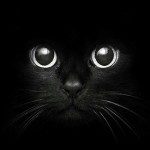 October 4, 2016 Bring Your Cat to Church: It's the Feast of St. Francis
Recent Comments
0 | Leave a Comment
"I agree with Jacobs. Our writer could have bowed to the altar in the Episcopalian ..."
edlondinium Dark Devotional: The Case of the ..."
"Oh dear. Shades of Pascal's wager. What I choose to do with my life is ..."
Linguagroover Dark Devotional: On the Outside with ..."
"A serious study of Catholicism will show that Jesus' Gospel message was and is a ..."
Jo Ann Elder-Nativity Dark Devotional: On the Outside with ..."
"That is a beautiful little essay."
Tom Hanson Sonnet 73: Time, Friendship and Chronic ..."
Browse Our Archives
get the latest from
Sick Pilgrim
Sign up for our newsletter
POPULAR AT PATHEOS Catholic
1

Listen to the Church, not LifeSite,...
Chaos and Old Night
Related posts from Sick Pilgrim