Since I first heard the song in college, I’ve meditated on a lyric by Canadian folk musician Bruce Cockburn. It’s a phrase that I’ve considered tattooing over my heart.  In the song “Lovers in a Dangerous Time,” he sings that you’ve got to “kick the darkness until it bleeds daylight.”

Advent is a time where we talk about the light shining in the darkness and the darkness not understanding it. But there have been times in my life when I’ve felt nothing but darkness. And I’ve understood it much better than the light trying to shine into my heart.

My first Advent/Christmas season in South Bend as a divorced dad living away from my kids was one of those times.  I didn’t break out the candles. My Christmas decorations and creche lay in a box. There didn’t seem to be any Christmas in me.

A friend kept badgering me to put up a tree, but I ignored her. Finally, one night, staring at that shitty grey carpet of my apartment, I couldn’t take it anymore. I ran out to Lowe’s, the only place that had trees that late in the season. I put on the Sufjan Stevens Christmas album and decorated my little Charlie Brown tree with my nerdy ornaments of Indiana Jones, Chewbacca, and my favorite, a much ridiculed Snoopy with his tongue sticking out and one antler jutting out of his head.

Turning off the rest of the lights, I sat on the couch to stare at my tree. The red, green and blue lights glimmered and flickered in the dark. I kicked my personal darkness until it bled Christmas light.

That’s the real challenge of Advent in our lives, especially for those of us who are sick unto death, either spiritually, emotionally or physically. Darkness surrounds us. For some of us, it’s the darkness of sickness, a bad marriage or severe problems with our children. Or, many of us feel the darkness that has descended on our country in this election cycle.  It’s not so much that Donald Trump, an absurd reality star who has appeared in Playboy and on Howard Stern, will represent our country. No, it’s that this election cut open the American heart to expose its wormy, Lovecraftian middle, ruled by one guiding emotion: fear of the dark.

We’ve seen that fear of the dark causes us to embrace the darkness in us. But those of us who claim to follow Christ are called to fight that darkness. Very often, we don’t know how, so we keep striking out in random ways without thinking deeply about where we can best help. We overextend ourselves trying to be involved in as many causes as we can until our help becomes useless.

A protestant pastor once told me that recognizing what you’re not good at is just as important as finding out what you ARE good at doing. When we start kicking the dark, it’s important to figure out where our kick will do the most good. For me, I’ve realized that I’m good an coming up with ideas, writing and teaching. That’s pretty much it. This excludes me from running for office, being a scientist or building beautiful things. But I can kick the darkness through words, speaking and writing them. Sick Pilgrim is my vocation in every true sense of the word. It’s how I do my part to kick the dark so it bleeds light.

A few years ago, I was introduced to the work of Cormac McCarthy through his heart wrenching dystopian novel, The Road. It’s a story of a father and son making their way across an America that is no longer recognizable. The father keeps telling the son that they carry the fire, because they are the good guys. In the story, this means they won’t shoot people on sight, eat dead people or rob. But, it takes on a deeper meaning as the story unfolds: the fire is humanity, the Image of God, and, I don’t think it’s too much to say, the secret fire of the Holy Spirit.

In one scene, the father tells the son to “keep a little fire burning; however small, however hidden.”  My prayer for all of us is that we figure out how to use our little fires, burning the dark, making it bleed light. 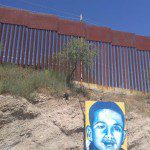 November 25, 2016
The Broken Body of Christ at the Border
Next Post 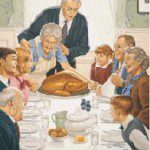 November 28, 2016 Looking for the Feast
Recent Comments
0 | Leave a Comment
Browse Our Archives
get the latest from
Sick Pilgrim
Sign up for our newsletter
POPULAR AT PATHEOS Catholic
1

You Lost Me at Kavanaugh.
Public Catholic
Related posts from Sick Pilgrim 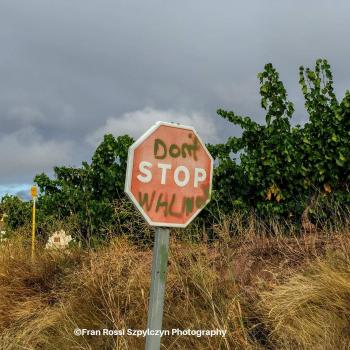 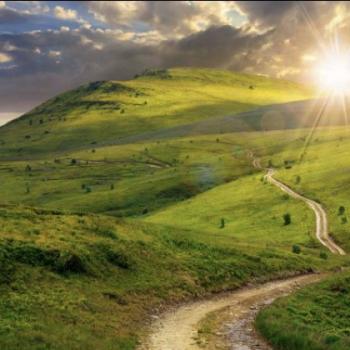