Advent: The Catholic Church IS the Rebellion

A few days ago, I was talking about the new Star Wars movie, Rogue One (which I loved) when someone asked, rather sarcastically, if Jess and I see Sick Pilgrim as our own “little rebellion” against the Catholic Church. I responded, without thinking too deeply about my answer, “Why would I want to rebel against the very thing I gave up everything, and I mean everything, to join three years ago? That would be insane.”

Later, I thought about her question and I understood it a little better. She’s a very respectable Catholic, married, two beautiful kids and active in her parish. This family would make the hall of fame for seemingly perfect Catholic families.

I’m sure they would never present themselves that way, but I couldn’t help but feel the pointed sarcasm in her question. I guess she sees Sick Pilgrim as some kind of gallery of disreputable malcontents–the misfits, the angry, the agitators, the dissenters. Take me for example: I’m divorced, and I talk openly about my struggles with my faith, and I wear my lumberjack flannel shirts and bushy goatee to Mass. Jess jokes that she’s a ‘Catholic witch” and she writes openly about her struggle with depression, occult attractions, and the brokenness of her life.

But the truth is, we don’t consider ourselves rebels. At least, we’re not rebels against the Catholic Church. The Catholic Church is our only home, our true family. It’s where we’ve found our place. Indeed, our growing Sick Pilgrim community includes priests, nuns, artists, writers, professors, theologians, the happily married, the divorced and widowed, single moms, single dads, the grief-stricken, teenagers, farmers, farmers’ mums, and everyone in between. There’s no real template for what a Sick Pilgrim looks like–other than one of the heart. True, it’s usually a heart with a lot of open wounds or scar tissue. But none of us wants to remain in that wounded state. We are bound together on this journey by a deep, desperate desire to be healed, and the conviction (or suspicion) that this healing will come only through Jesus, present in the Eucharist–and in each other. So we lock arms and seek him together, throughout the strange landscapes of our strange lives.

If Sick Pilgrim wants to be anything at all, it’s not a rebellion but a renewal, and we do pray, daily, that God will use us within the Church. He’s done this before–raised up ragtag groups of people and movements to remind His church of what He considers important. The Apostles are the most obvious example. Other movements transformed the church for centuries, like the monastic movement that rebelled against an empire, or like St. Francis calling the medieval church back to its better self. But there are others, lesser known but also deeply influential–like our patron “saints,” Sheed and Ward and their publishing house and their writer, Houselander, and her own secret group “The Loaves and the Fishes.”

Do we think Sick Pilgrim is any of the above? Frankly, probably not. Our self regard is not quite that high. But we do hope something good is coming out of what we do. And, that good, we hope, is that the misfits and outcasts and the people on the margins will begin to feel more at home in the Catholic Church that truly is their home. Like we are fond of saying, it’s “OUR church too.”  We don’t want our own church. We don’t just want a cool gang to hang with–though our community is a lot of fun. We don’t even want our own apostolate. We want to be able practice our own distinct vocations, and encourage others to do so, whatever they may be, in the context of this 2000 year old church. To realize Catholics have always been straight up freaks–and that the ones who look “normal” and “perfect” are the outliers. Not us.

Of course there are plenty of self-styled Catholic rebels who buck the Church at every turn. The take pride in their outsider status and want to remain there. Many have legitimate wounds and problems with the church, but they end up shaking their own pharisaical fingers at those they dislike. Or they are converts, still wrestling with the deep wounds of conversion. Not to mention the sort of convert who is still so powered by the jet fuel of first love–so in love with the Church they remain, for a while, as blind to its flaws as they would be to any new lover’s. What we want to say to all these folks is that the Catholic Church IS the rebellion. It’s the revolution that was meant to change the world. Our Lord says this to St. Peter very plainly when he gives him his commission to lead his Church–the gates of Hell will never overcome it. It will be the victor, whatever Spirit of the Age happens to reign.

And like all revolutions, it’s a strange one–full of strange people and strange practices. Rogue One might be a metaphor applicable to the whole church–if not to little ol’ Sick Pilgrim. Take Advent, for example. It’s not just about remembering the First Coming of Jesus. It’s way more than that. It’s also about the Second Coming, when evil is at last overcome by the true King. In the meantime, He has only this ragtag band of servants to be his hands and feet and to pour out his love on the others. That’s the Catholic Church. And we ain’t always pretty. We get it wrong. A lot. But we must continue to fight the good fight.

Back in college, I discovered a band called The Revolutionary Army of the Infant Jesus. They’re enigmatic; no one really knows exactly who is in the band. For a long time, they stopped making music and then suddenly, two years ago, they released an album called “Beauty Will Save the World.” It’s full of quiet, lush, striking, and often terrifying music. It’s music for the revolution, indeed.

And really, that’s what we are here at Sick Pilgrim, quiet revolutionaries, not against the church, but against the Spirits of the Age, wherever they are found, especially when they seem to infiltrate God’s church. These spirits and wolves can be tricky things, as they can hide as the most “orthodox,” the most “correct,” the most “Catholic.” But if they lack the mercy and love of Christ, then their theology is wrong, and we have every right to rebel against it.

We oppose it not by harsh words, engaging in internet debates, or with “shocking” memes. Rather, we oppose it by being agents of mercy, as Christ calls us to do. We oppose it by living out our personal vocations–whether they be priestly, or artistically, or domestically–in faith and in loving community.

As one of our patron “saints”, Caryll Houselander once wrote, “The present agony of the world is ours; if we are Christians, we are bound to enter into it, to accept responsibility for it, to share to the full the work of defending, healing, saving, through hard work, through true contrition, through deep humility, through service.”

This, we think, is the work Christ has given to all of us. So, if we are rebels or revolutionaries, it’s because we believe the heart of God is mercy and love, and that we’re not required to get everything right in our doctrine or in our lives. That’s what becoming saints is all about it. It’s a process, a path, a walk–a pilgrimage– and it will not end until our deaths. May they be good deaths, we pray, our houses in order at last.

That’s what the Church is, in simplest terms, a pilgrimage. And it is for the sick. 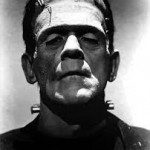 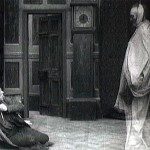 December 20, 2016 We Wish You a Haunted Christmas
Recent Comments
0 | Leave a Comment
Browse Our Archives
Follow Us!