We Wish You a Haunted Christmas

We Wish You a Haunted Christmas December 20, 2016 Guest Contributor

It’s that time of year when I don’t know who to be more frustrated with: those who reduce Christmas to commercialism and saccharine songs, or those who allegedly want to put the Christ back in Christmas – by which they usually mean their favorite idol. If I were feeling uncharitable, I might make some sort of comment about it being impossible to put the Christ back in Christmas without putting the Mass back in Christmas, as it’s hard to understand Christ apart from the work of  the Church. Without Christ and His Church we’re left only with a vague feeling that we should have warm hearts and special generosity around this time because – well, because it’s Christmas.

Perhaps the most positive way we can put this is that the season is a mystery in the cultic sense – we don’t really know why or what we are doing when we celebrate Christmas, but we do it anyway because something in the mystery draws us. Like Bryan Adams, we simply feel there’s “something about Christmas time.” But because of the difficulty of sustaining a mystery religion in a modern, “progressive” world, we find ourselves longing for the infantile innocence of stupidity, which we excuse by mislabeling it “childlike.” You must only believe. But believe in what?

When we are urged to return to the “true meaning” of Christmas–whether understood as the Christian nativity story, a particular sobriety, the ousting of mammon, or the abolition of Santa Claus and other Christmas mythopoeia–I’m left astounded by the certainty with which those doing the urging seem to know the “true meaning” of Christmas. Really? Is it so simple to grasp the fact of God taking flesh, becoming human and also remaining God? Have we really got a handle on this such that we can go about correcting the imaginations of our friends and relatives?

As you can see, neither secularism nor a dead-certain faith–emphasis on “dead”–satisfies me. So where can I find the answer?

I’m serious. I think we should heed Dickens and the spooky stories of twelfth night because they get at something about Christ’s incarnation that neither the secular sops nor the hard-nosed Christian killjoys understand: the spirit of Christmas is the uncanny.

In literary theory, when we talk about “the uncanny,” we are not talking about simple concrete gruesome horror, nor are we talking about something that cannot ever be known. We’re talking, in simplest terms, about mystery. The uncanny disappears when certainty appears on either side, that is, when the ghost we are afraid of is debunked, or when it is put to rest within a solid and comprehensive metaphysics.

In some Christmas traditions, this uncanniness is negative, as in the case of the poem “Old Christmas Morning,” but in Dickens, the uncanny ghosts exist halfway between the worlds of marvel and terror, and the uncanniness of time – that is, the ungraspability – is shown in the persons of present, past, and future.

What I want to suggest is that, far from being a distraction from the “true meaning” of Christmas, this tradition of uncanniness points us right back to the central Christmas story – the uncanniness of Christ’s incarnation. “It’s the Most Wonderful Time of the Year” speaks more truth than ought to be allowed such a schmaltzy song when it speaks of “scary ghost stories and tales of the glories.” What ghosts are to our perception in a negative sense, the incarnation of Christ – inspired after all by a Holy Ghost – is in a positive sense. And we know this from the Gospel According to John.

It’s in John that we get the fullest account of Christ’s birth, though it’s not the gospel we usually associate with the Christmas story, given its omission of historical details. Yet there is a strong case to be made that John does in fact recount the Christmas story in the opening of his book – the difference is that he is recounting it from a metaphysical rather than merely human perspective. John, the eagle, looks into the sun of righteousness, and is dazzled. To say John points to the “true meaning of Christmas” here would be moot; rather, the logos has a hold of him and won’t let go.

If this – what John is describing – can happen, then anything might happen.

And this is explains the uncanny stories that crop up at Christmas. In such a world, challenged as it is by the incarnation of God, men might come back from the dead. Flowers might bloom in the bleak of winter. Sinners might even learn to repent.

Aside from the more frightening instances of uncanniness, this also explains much of the needless frivolity, absurdity, and silliness of Christmas – all perfectly justifiable on Christian grounds. In a world in which God can become incarnate, even the most foolish things have potential to be folly for God. We do absurd things like sing songs of hope in the middle of a blizzard, or gather together with the people we argue with the most – our family – and talk about peace on earth, good will toward men. Indeed, this overturning – this incarnation – may be enough to redeem the most unredeemable of things. Even kitsch and schmaltz and jest might lay their gifts at the manger. This comes to pass when a child is born.

When Christians seek to have a stranglehold on the “true meaning of Christmas,” they often miss the fact that its truest meaning is dazzling mystery, a mystery patient enough to wait out any clumsy attempts to wield it like a club. Seculars and pagans alike sense that mystery – but with nothing to point to, our festivities collapse into sentimentalism or despair. It’s with this in mind that I want to wish you all a (Christ) haunted Christmas.

The description is Flannery O’Connor’s, who once said that if the south of the United States was hardly Christ centered, it was certainly Christ-haunted. The same could be said of Christmas. The season is saturated with Christian imagery, palimpsests, and erasures. Yet simply trying to go back to the “good old days” when people knew what Christmas was about is not the answer; nor is the answer steamrolling current society so we can rebuild a Christmas worthy of Christendom.

Let’s return, instead, to the mystery of incarnation, a mystery so powerful it sustains all this imagination and beauty, from the highest to the silliest. Let’s follow O’Connor to the realization that even a chaos and confusion of symbols and theologies – a thoroughly haunted labyrinth – is no great obstacle to a God who calls order out of chaos and enters that order, both in the flesh, and as the Ghost Who haunts us.

Karl Persson is a scholar of premodern literature and theology, and is a professor in the Literature and Language Departments at Signum University. In his spare time, he enjoys creative and freelance writing, and is a regular contributor to the Patheos Catholic Channel’s Inner Room, a blog focused on contemplative spirituality and the recovery of ancient Christian practices and social imaginaries.

A look at the historical origins of Victorian England’s Christmas ghost stories, and how they expressed the beliefs and anxieties of the age. Also–liminality.

And if you liked this post, you’ll LOVE the talk Karl Persson is giving about Christmas this Thursday, December 22, via Signum University: https://attendee.gotowebinar.com/register/2719669878451482370?splash=false 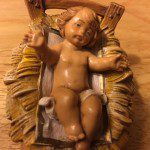 December 19, 2016
Advent: The Catholic Church IS the Rebellion
Next Post 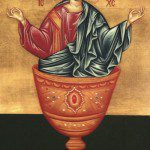 December 22, 2016 Dark Devotional: It's Christmas, Let's Get Drunk!
Recent Comments
0 | Leave a Comment
"https://www.youtube.com/wat..."
Theodore Seeber How Blogs Hurt (and Help) the ..."
"I agree with Jacobs. Our writer could have bowed to the altar in the Episcopalian ..."
edlondinium Dark Devotional: The Case of the ..."
"Oh dear. Shades of Pascal's wager. What I choose to do with my life is ..."
Linguagroover Dark Devotional: On the Outside with ..."
"A serious study of Catholicism will show that Jesus' Gospel message was and is a ..."
Jo Ann Elder-Nativity Dark Devotional: On the Outside with ..."
Browse Our Archives
get the latest from
Sick Pilgrim
Sign up for our newsletter
POPULAR AT PATHEOS Catholic
1 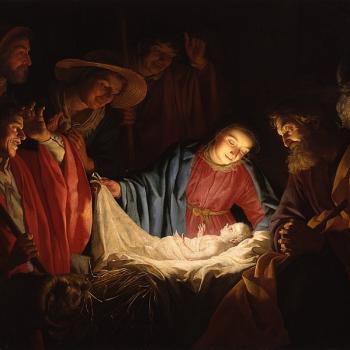 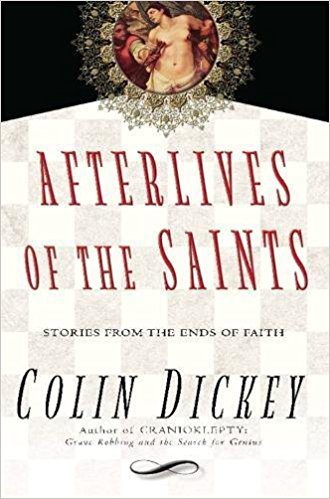