Spirit and Flesh: The Spiritual Experience of Getting a Tattoo

Aaron greets me at the counter of Carmel Ink: “What can I do for you today?”

“I’m looking for a ghost tattoo.”

Most of my tattoos are religious in nature–not the traditional flash pieces pulled from the wall, praying hands with rosaries, Celtic crosses, or scripted Bible verses with “blessed” in them. No, I carry a Micah 4:6 tattoo, I will gather the outcasts, a bleeding Arabic “N” to memorialize those martyred in the Middle East, and the word Catholic, written in Greek (καθολικός), to remember the day I became Catholic. I have 30 or so others, describing my faith in various ways, little reminders of this strange journey I’m on.

So a ghost tattoo seems fitting. The night before was All Soul’s Day–the day we remember the faithful departed and pray for them to be released from purgatory. I’m a nominal Catholic at best, agnostic-ish, but even in times of darkened or absent faith, how can I forget the memories of my loved ones? St. Thomas got to stick his fingers in the wrists of Jesus’ ghostly re-appearance, proving, to Thomas at least, that he was no mere ghost at all.

In my hazy doubt, I actually went to Mass and offered up my prayers for those gone before me.

Some members of my family were devout Catholics. Like my grandfather. He would drop my grandmother off at the Baptist church and then attend Mass at the adjacent Catholic Church. I attended services at the Baptist church with my family and always wondered why my grandfather was waiting for us when our service was over. “His church is always done first,” I often thought to myself. “I want to go there.” Decades later, I struggle to sit through a 50-minute Mass.
Most of my family were Baptists. They were slave owners, and, I’m sure, heavy drinkers. We can trace our lineage eight generations back. My family moved from the early Virginia colonies to Fayette County, now Lexington, Kentucky, and were the founding members of David’s Fork Baptist Church. If anyone needs prayer to help usher them into the Kingdom, I thought, it’s them.

I also offered up prayers for my wife’s side of the family–all baptized Catholics, from Italy. TRUE Catholics. The most Catholic of Catholics. My wife tells stories of how her father would make the sign of the cross every time they drove past a cemetery. I make the sign of the cross when a song by a dead artist comes on the radio. But lately, these aren’t “classic” artists, they’re the artists of my generation. The older I get, ghosts are more and more a part of my life.

Earlier in the day, at a Sick Pilgrim meet up in Indianapolis, we had a conversation about how when you sleep, you leave a part of yourself behind. Your sweat, your dead skin cells, maybe even a little drool on a borrowed pillow. Kind of disgusting when you think about it, but in a way, it’s spiritual. Your memory remains, along with a bit of your DNA. In a funny way, I felt a ghost tattoo was a good way to honor the dead, but also the fact that I was moving on from my stay in Indiana, but I hope I’ll haunt the minds of the friends I made there.

But I came not only for the ink, but for the ritualistic experience of getting the ink. I mention this to Aaron, and he lights up. It’s obvious that he’s tattooed his share of cliche ink. He’s excited to talk with a patron on a more spiritual level.
“It’s the second oldest profession behind prostitution,” he tells me. “There’s a release of energies when you get tattooed. Your body is being traumatized, and the natural responses of the immune system kick in to bring life and healing to that area.”

Aaron speaks like a cleric, I realize, and with his smile, he knows he’s about to engage in a spiritual exchange with me. I love it. I ritualistically submit to his artistry. The ritual includes properly cleansing and shaving the area, then painstakingly applying the stencil, before the final “Are you ready?” as the buzzing needle nears my eager skin.

“Do it,” I say, and close my eyes as the blood begins to come to the surface, and a ghost becomes a permanent part of my living flesh.

John Robinson is a U.S. Army veteran. He’s an administrator of the Sick Pilgrim Community, a special education teacher, and a heavy metal and tattoo enthusiast.

Read more from John at http://www.patheos.com/blogs/sickpilgrim/2017/08/dark-devotional-hold-fast-and-light-your-lamps/#3supFPSgFkJ9UC1x.99 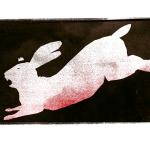 November 5, 2017
Dark Devotional: The Book of Judith
Next Post 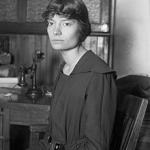 November 9, 2017 Five Lessons I Learned from Dorothy Day
Recent Comments
0 | Leave a Comment
"A serious study of Catholicism will show that Jesus' Gospel message was and is a ..."
Jo Ann Elder-Nativity Dark Devotional: On the Outside with ..."
"That is a beautiful little essay."
Tom Hanson Sonnet 73: Time, Friendship and Chronic ..."
"I recommend it, too."
Ame Book Recommendation: Meditations on the Way ..."
"and so this lent, I'm listening. I will do that too. God bless you"
emmanuel chibuikem Mental Illness and and the Darkness ..."
Browse Our Archives
Follow Us!