On Venomous Snakes and Bishops’ Summits 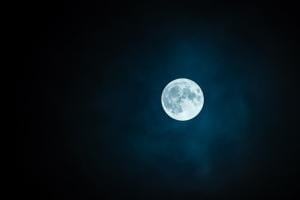 The moon is something strange and wondrous when seen at 2am. If you’re lucky, you’ll find it floating directly overhead, a perfect sphere of white in the center of the dark sky. It will amaze you with its beauty, but the weirdness of it will send you rushing indoors.

It was 2007, maybe 2008, and I was getting home from spiritual direction when I saw the moon this way. That was the year that I saw a spiritual director who was much sought after – so popular that the suggestion that we meet at 11pm didn’t seem strange. After all, everyone knew how busy he was. You were lucky if he could squeeze you in.

Goodness knows what my husband thought. I suspect that he went to bed early, exhausted by the work of trying to keep up with an overly pious spouse.

Now, it seems like one of those crazy things I did once, like the time that I went swimming with friends in the snake-filled waters of the Rappahannock River.  I knew enough about snakes to know that they were copperheads and therefore venomous. They were everywhere – in the water, on the shore, swimming upstream through rapids. We counted at least ten, and I thought it a near miss when one snake snapped at my flip flop as we walked back to the car.

Now I consider the whole afternoon a near miss.

Was it so crazy? Right now, the answer seems indisputably ‘yes.’

But then I remember the stories I’ve heard of seminarians and priests being advised always to keep a table between themselves and any women they are meeting. Which is crazier – the 11pm meeting in which a priest talks to a woman like she is a person, or the afternoon meeting at which he deploys furniture against her like she is the big cat in a circus cage? Is the first simply unwise, the other unhealthy? Do they both signify something sinister? Where lies the danger?

This week, bishops will meet at the Vatican to discuss sexual abuse in the Church. I find myself wondering which of them are able to talk to women like they are people. How many of them see women and laypersons as things to be fended off? How many near misses have there been? How many of these men are dangerous?

Pope Francis has advised us to lower our expectations about this meeting. For a lot of people, expectations were already low.  Some days it feels like we’re heading towards a point where expecting the bishops to get this right will seem like one of those crazy things we did before we learned to recognize a near miss. 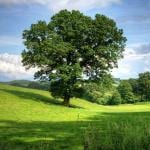 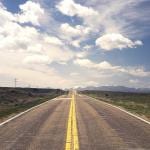 February 22, 2019 Dark Devotional: There Is a Way
Recent Comments
0 | Leave a Comment
"https://www.youtube.com/wat..."
Theodore Seeber How Blogs Hurt (and Help) the ..."
"I agree with Jacobs. Our writer could have bowed to the altar in the Episcopalian ..."
edlondinium Dark Devotional: The Case of the ..."
"Oh dear. Shades of Pascal's wager. What I choose to do with my life is ..."
Linguagroover Dark Devotional: On the Outside with ..."
"A serious study of Catholicism will show that Jesus' Gospel message was and is a ..."
Jo Ann Elder-Nativity Dark Devotional: On the Outside with ..."
Browse Our Archives
get the latest from
Sick Pilgrim
Sign up for our newsletter
POPULAR AT PATHEOS Catholic
1