Book Recommendation: Meditations on the Way of the Cross

Book Recommendation: Meditations on the Way of the Cross April 1, 2020 Maren Grossman 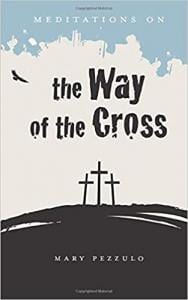 In these days of stay-at-home-orders and closed churches, many of us are looking for connection. We miss connection to other people, even the mere connection of a smile between strangers in a coffee shop. We miss connection to our spiritual communities as churches close to the public. Even a small prayer group among friends is a risk, and we choose to stay at home for the sake of those people we love most and most long to see. Into this context, Sick Pilgrim offers the connection of a simple book recommendation. Mary Pezzulo at Steel Magnificat has recently published a series of reflections on the Stations of the Cross and has graciously allowed us to republish one of the stations here. Mary’s reflections are both beautiful and timely. In addition to this lovely book (which can be found here), Mary is also hosting hymns and prayers on Steel Magnificat’s Facebook page on Wednesdays, Fridays, and Sundays. We may be social distancing, but with creativity and a little help from the Internet, we can still strengthen our connection to one another and to God.

There were some women watching from a distance. Among them were Mary of Magdala, Mary who was the mother of James the younger and Joses, and Salome. These used to follow him and look after him when he was in Galilee. And there were many other women there who had come up to Jerusalem with him. It was now evening, and since it was Preparation Day (that is, the vigil of the sabbath), there came Joseph of Arimathaea, a prominent member of the Council, who himself lived in the hope of seeing the kingdom of God, and he boldly went to Pilate and asked for the body of Jesus.

The faithless killed the One who remains faithful, in the most painful way they could devise.

He remained faithful until the very end. He loved us with His last breath, but that’s over now. And the faithless were surprised it took such a short time. They wanted to have more fun, but He suffocated in just about three hours. He was so weak– hardly worth their time.

They took Him down from the Cross, and they gave His body to His mother.

And now, what can we say?

When the unimportant get in the way of the important, they have to be gotten out of the way. Sometimes they have to be killed. Sometimes the important have to make that death as painful as possible in order to prove their point. Otherwise, more unimportant people would get in the way, and that would lead to more deaths. So they invent new and hideous ways to kill unimportant people. They’re crucified, drawn and quartered, burned alive, lynched. Afterwards, their mothers come and collect the body, if there’s anything left.

This is the way of the world.
The mothers mourn, and no one can console them, but what should we do?

We have a law, and according to that law, He ought to be crucified. So we crucified Him. We incurred no guilt–did we? We only did what the world told us was necessary.

Now He is gone. His mother cradles His destroyed body, and mourns, and cannot be consoled.

What can we say to her?

She is not important.

But Heaven has a different way.

When Heaven entered the world, He entered as an unimportant person. He entered as a poor manual laborer from a conquered nation. He entered as One Who would never count as valuable, in the eyes of the world. The One Who is above the Cherubim chose an unimportant woman from an unimportant race, and saved her from all sin before she was created; He filled her with every grace, so that she could be the vessel of the Most High. Then He came to dwell in her, and through her He came to us. By her, he was raised in obscurity as an unimportant man. He went forth and preached the Gospel to the important and the unimportant alike– but in particular, he sought out the unimportant, the ones who don’t matter, the ones who get in the way. He touched them, He healed them, He stayed at their houses. He even chose them for His priests.

This unimportant man got in the way, so important men did to Him what they have done from the beginning of time. They lynched Him. And when He was dead, they cut Him down. His mother held His body.

His mother mourned. The sky was dark. The temple veil was torn in two.

In all of eternity you will never find anyone holier, than this unimportant woman and her unimportant Son.

And in this way, the whole world is forever shamed. The spirit of the world is put to flight.

From this day until the end of time, the unimportant people who get in the way have become the icons of the Son of God and His most holy Mother. 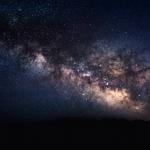 March 3, 2020
Stardust to Dust: Lent as a Search for the Marvelous and Sacred
Next Post

April 1, 2020 Things Keeping Us Going, March 2020
Recent Comments
0 | Leave a Comment
Browse Our Archives
get the latest from
Sick Pilgrim
Sign up for our newsletter
POPULAR AT PATHEOS Catholic
1