If there was ever a year to celebrate the ending of a year and the fresh start that January 1st implies, it was 2020. Of course, thanks to the relentless Covid-19 virus, so many of the big celebrations we typically share around the world just didn’t happen. There were no crowds in Times Square. Hogmany, Edinburgh’s holiday street festival, was cancelled. London, Dublin, and Vienna followed suit. Not only were New Year’s festivities in Rio de Janiero cancelled, but so is Carnivale.

Still, here at Sick Pilgrim, we are fervently holding onto tradition, celebration, and hope.

My clan instituted a brand new tradition for New Year’s Eve—a birthday party! My first grandchild, Sweet Baby James, was born the afternoon of December 31, 2019. So, this year, my children gathered for pulled pork sandwiches, presents, and banana cupcakes with cream cheese frosting (EVERYWHERE. THAT FROSTING GOT EVERYWHERE) for our first New Year’s Eve birthday celebration. It’s already a family favorite! Mary, having a husband who really gets her, enjoyed ginger spice octopus cake. (No, there is not octopus in the cake. The cake was baked in the octopus cake pan that her amazing husband got her for Christmas.)

Here are some other things that are Keeping Us Going into this New Year:

My favorite New Year’s tradition is to say, “See you next year!” to people I’m going to see the next week. Ha. But really– I could spin that into a poignant bit … Also, every solstice and/or New Year I like to make Swedish visiting cake.  –Joanna Penn Cooper

Every January I become obsessed with stars. I don’t know if it’s the thought of the Three Wise Men and the Christmas star, or if it’s just that January is when the dark and cold sets, really sets, in. I get to longing for light – any light, including the tiny pinpoints of brightness shining from the sky. In anticipation of that longing, we’ve taken to making paper window stars over the Christmas break every year. In addition to evoking stars in a cold night sky, they provide a nice punch of color against the gray landscape of January and February. –Maren Grossman

Happy New Year to us all! 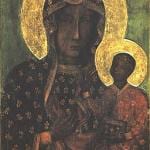 December 31, 2020
Dark Devotional: Mary, the Mother of God
Next Post 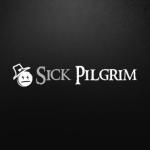 January 8, 2021 Welcome Back, Sick Pilgrims
Recent Comments
0 | Leave a Comment
"https://www.youtube.com/wat..."
Theodore Seeber How Blogs Hurt (and Help) the ..."
"I agree with Jacobs. Our writer could have bowed to the altar in the Episcopalian ..."
edlondinium Dark Devotional: The Case of the ..."
"Oh dear. Shades of Pascal's wager. What I choose to do with my life is ..."
Linguagroover Dark Devotional: On the Outside with ..."
"A serious study of Catholicism will show that Jesus' Gospel message was and is a ..."
Jo Ann Elder-Nativity Dark Devotional: On the Outside with ..."
Browse Our Archives
get the latest from
Sick Pilgrim
Sign up for our newsletter
POPULAR AT PATHEOS Catholic
1