Dark Devotional: Rejoice and Be Glad 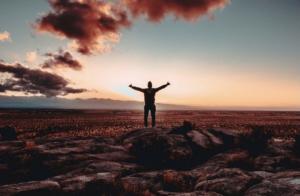 Like everywhere else in mid-March 2020, Catholic Answers closed its office because of the COVID-19 pandemic. We were all sent to work from home. Fortunately, the IT department managed to get us all working remotely without hiccup. I transitioned from going into the office every day to working from the dining room table, but as a natural introvert I didn’t mind the lack of social interaction around the water cooler.

We had plenty of work to keep us busy—the calls and emails kept coming in for the staff apologists, the new and frightening social conditions created a need for writing articles on navigating church closures during Lent and Easter, I had a new 20 Answers booklet to write. Zoom staff meetings brought the comforting news that the apostolate was doing well. While the “new normal” was challenging, I was grateful to have a job when so many others around the country (and the world) had to be let go from their jobs.

By mid-June, Catholic Answers was transitioning to re-opening the office. The week before the “official” reopening, we were asked to spend some time in the office learning protocols for keeping safe while working together. I’d filled my hours in the office and was working from home for the remainder of the week when an email showed up in my inbox. My director wanted to see me the next day, first thing in the morning. When I walked into his office later that day (we agreed I could come in sooner), he was holding a handful of papers.

The job I’d felt so secure in, that I’d worked at for two decades, was being eliminated due to corporate reorganization. My last day would be at the end of the month.

Psalm 118 rings out during the Easter liturgies as a joyful Alleluia to the Resurrection of Christ. Good Friday, filled with darkness and drama, disillusionment and death, has passed. Holy Saturday, with its weeping and worry, waiting and wonder, is behind us. Now we can put aside penance, feast with the Risen Bridegroom, and sing that the Lord’s day has arrived.

We don’t like to remember that the happiness of Easter Sunday was short-lived. Soon enough, Christ would be ascending into heaven. He promised to send a Comforter, he promised to remain with us until the end of the world. But as the apostles fell back into bickering among themselves and the persecutions of Christians began, perhaps they wondered if the peace and joy Christ had promised was fleeting.

Over the past year, as I’ve navigated unemployment and its attendant challenges, I’ve often thought about how secure I felt in the job I had. There were parts of it that were difficult and I knew I’d grown beyond it. But for a single woman, well into middle age, without a college degree, job security is a precious thing. It’s not something I would have willingly relinquished. And to have it disappear just when it seemed that the darkness of the pandemic was lifting?

I didn’t think I had one damn thing to rejoice and be glad about.

But in the past year, I’ve had days in which the world seems bright again. Friends have rallied in support, referring me to their friends and acquaintances for freelance work. I was able to return to writing for Patheos, a platform I had to give up when an essay I published for Patheos created controversy with Catholic Answers’ clientele. A high school acquaintance suggested to me that I look into retraining as a legal secretary. I just finished the course last month, and don’t know if it will bear fruit, but I took a college-level course for the first time in thirty years and was surprised by how much I enjoyed it.

I’ve been able to become more myself, to share opinions and values that I previously had to suppress for the sake of job security. During the 2016 election season, I worked for a religious nonprofit and had to avoid talking publicly about politics. In 2020, my job ended just before the presidential election kicked into high gear. Suddenly, I was free to tell the world exactly how I felt about Donald Trump and to endorse Joe Biden for President of the United States.

On Easter Sunday morning, the world was bright with possibility for the apostles after the dark week they’d just lived through. They could gather together, share their stories of seeing the Risen Christ, wonder when they’d see him again. For the next forty days, he joined them for meals, taught them, prepared them for his departure, promised them his continuing presence.

Happiness would be fleeting, but joy would remain. Dark days were ahead, with betrayal, persecution, suffering, and death, but the darkness wouldn’t have the final word. Light would return. Night would turn back into day. God would continually remake the world and the disciples of Christ would have a share in God’s work. They would take that work to the ends of the earth, stepping outside their own comfort zones to take the gospel of Christ to the world.

The Christian life is one continual cycle of suffering, death, and resurrection. No matter the trials we’re enduring, the Good Fridays and Holy Saturdays we’re experiencing, we have Christ’s promise that Easter Sunday is coming. We just have to wait for it. 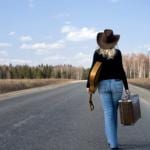 April 5, 2021 Things Keeping Us Going: Easter Monday Edition
Recent Comments
0 | Leave a Comment
"https://www.youtube.com/wat..."
Theodore Seeber How Blogs Hurt (and Help) the ..."
"I agree with Jacobs. Our writer could have bowed to the altar in the Episcopalian ..."
edlondinium Dark Devotional: The Case of the ..."
"Oh dear. Shades of Pascal's wager. What I choose to do with my life is ..."
Linguagroover Dark Devotional: On the Outside with ..."
"A serious study of Catholicism will show that Jesus' Gospel message was and is a ..."
Jo Ann Elder-Nativity Dark Devotional: On the Outside with ..."
Browse Our Archives
get the latest from
Sick Pilgrim
Sign up for our newsletter
POPULAR AT PATHEOS Catholic
1