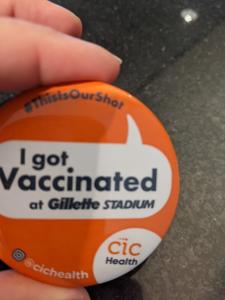 I got my second shot on Saturday morning at Gillette Stadium, where the New England Patriots football and New England Revolution soccer teams play. The clinic is set up in one of the luxury club levels. It was kind of cool to see where the folks who DEFINITELY have better paying jobs than I have get to watch the games. Since all of my trips to Gillette have been in nosebleed seats or working in a concession stand, this was a treat.

Anyhow, I got my final vaccination and it was pretty great. I felt wonderful for the rest of the day, and enjoyed working on some new beds that will become a garden playspace for my grandkids complete with a bean teepee, a giant sunflower fence, a pumpkin patch, a blackberry tunnel, an under the deck fort, and a garage for toy construction trucks.

Yesterday, as expected, I was wobbly, and after making everyone pancakes for breakfast, I went from couch to couch lounging around. It was a forced sabbath rest, and I am the better for it.

April 23, 2021 Dark Devotional: Anointed Sheep, Shepherd and Queen
Recent Comments
0 | Leave a Comment
Browse Our Archives
get the latest from
Sick Pilgrim
Sign up for our newsletter
POPULAR AT PATHEOS Catholic
1

A Dandelion and a Mothers' Day...
Steel Magnificat
Related posts from Sick Pilgrim 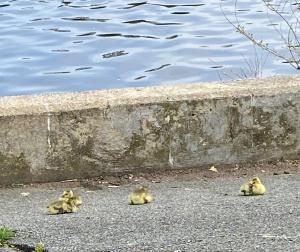 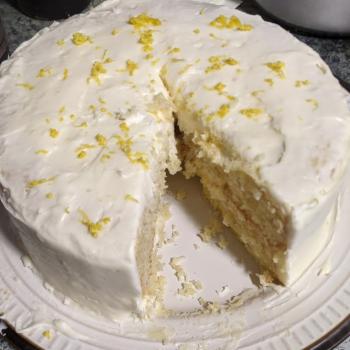 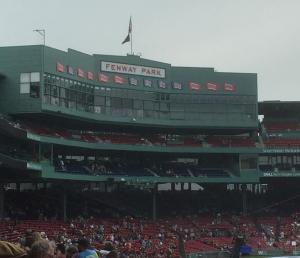