In the third world, they stone a girl to death for being raped.  In the United States, we just give her rapist and de facto murderer a slap on the wrist, and reassure the world that she was asking for it.

Think I’m exaggerating?  Cherice Morales was fourteen when her 49-year-old teacher began to rape her.  Three years later, she killed herself. The reason her story is in the news is because her rapist, Stacey Rambold, got 30 days in jail for the rapes.

After Morales killed herself, Rambold was supposed to complete a sex offender treatment program, but he didn’t.  His case was revived when it was revealed that he was, among other offenses, having unsupervised visits with minors.  His sentencing judge, Judge G. Todd Baugh, who never met the victim, said that she was “as much in control of the situation” as Rambold was, and that she was “older than her chronological age.”  “It was not a violent, forcible, beat-the-victim rape like you see in movies,” he said.  (What kind of movies are you watching, your honor?)

Yesterday, after there was an outcry, the judge apologized for his statements about Morales.  He says that he doesn’t know what he was trying to say, and that his statements are not relevant to the sentencing.  But he isn’t rescinding the sentencing, either.  Thirty days is what the man gets, minus one day already served.

In this raw and profane piece in xo jane, a woman who suffered repeated statutory rape starting at age 13, reminds us why there are laws about statutory rape in the first place:

The fact is, a 14-year-old girl may be capable of agreeing to sex with a 49-year-old man, but she doesn’t have the emotional and mental maturity to consent.  I was 25 before I realized that every man I’d slept with as a teenager was a pedophile. It seemed to me that since I’d courted the attention, that I was fully culpable. What teenager believes she is not mentally or emotionally capable of full consent? I thought I was an adult, although when I look at the picture of myself from the time period above, I see a child.

I thought I was the exception for these men, the girl so precocious and advanced that it superseded social norms. I thought that I was “older than my chronological age.”

But surely we Catholics know better than that, yes?  Surely the Church on earth, imperfect as she is, is a safe haven for the young and vulnerable.

Well, just yesterday I ran afoul of a prominent Catholic writer, a professor who often works with college students.  The last time I talked to him when he said in public that the way to deal with a teen mom who’d given birth at age fourteen is to tell the “slut” to “keep her legs closed.”

No long ago, I was speaking to a Catholic priest about how difficult life seemed when I was a teenager, and he went into a long reverie about the teenage girls that cross his path.  “Those short skirts, that heavy eye makeup—” he said . . . “Ohh, they know exactly what they’re doing.”

Think rapists come from nowhere?  Think they would dare to do what they do, if it were not for men like these?  You don’t have to be a rapist to be part of the problem.  All you have to do is make sure we all remember that the girl is to blame.  No matter how young she is, the girl is always to blame.

It’s her fault because she’s learned that she has power, and she does wield it (because the only time men speak to her is to say two things, “Do what I tell you to do” and “I want you.”  If you were a lonely girl, which would you rather hear?).

The xojane writer tells us,

[I]t doesn’t matter if a young girl is saying yes, it’s an adult man’s job to say no.

And she’s not just talking to Rambold and other men who happen to have a thing for young girls.  She’s talking to all adults who should know better:  the judge, the defense attorney, the professors, the priests, the therapists, the school principles, the combox snipers, men and women.  She’s speaking to us.  To me.

I don’t want to be the background music for the song and dance of the likes of Rambold and Judge Baugh, who say that there is no such thing as innocence.  Keep on saying it, and it will come true.

This post originally ran in 2013. I’m reposting it in light of recent conversations about Maria Goretti.

August 29, 2013
At the Register: Ten Reasons You Should Get to Confession This Weekend
Next Post 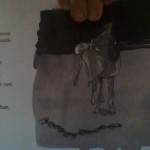 August 31, 2013 I have always depended on the blindness of strangers. A contest!
Recent Comments
172 Comments | Leave a Comment
"Can The Jerk have this space now that you're done with it? I mean, it's ..."
Josh I’m moving!
"Thank you."
JohnHoward The hardest part of being a ..."
"[It isn't wrong.]Prove it."
Proud Amelekite The hardest part of being a ..."
"Wonderful Ideas for newborn baby and their parents also, its good to give them handmade ..."
Jeff Mccoy Welcome, baby! 12 gifts that new ..."
Browse Our Archives
get the latest from
Catholic
Sign up for our newsletter
POPULAR AT PATHEOS Catholic
1

Catholic
This post is not about Bill Cosby.
I Have to Sit Down 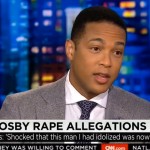 Catholic
Bite this, CNN.
I Have to Sit Down 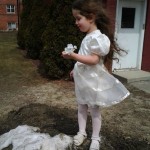 Catholic
Please tell your daughter she's pretty.
I Have to Sit Down

Catholic
Try this one weird trick for ending the...
I Have to Sit Down
TRENDING AT PATHEOS Catholic