How movies can “save” people 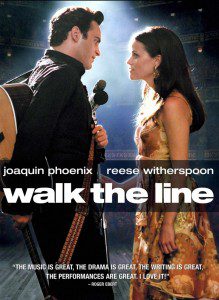 You know, there is something about all these new faith-based movies that bothers me. While they are well intended (and looking to make good box office just like regular Hollywood movies), they aren’t really art. They are created to give, promote, propagate the “Christian message” to people who, for the most part, already believe and are willing to forgive the sermon-like confessional (apologetic) nature of the movie. These message movies (e.g. “God’s Not Dead”) differ from movies that tell stories about people, about the human experience, the dark nights of the soul, who are Christian (for example “The Blind Side” “Lars and the Real Girl” “Amazing Grace” “Henry Poole was Here” “The Year of Living Dangerously” and the gentle upcoming “Heaven is for Real”) and shed light on the human condition and grace without hitting people over the head. They “move” us and engage the heart and the imagination through beauty, truth, and goodness, yes, but to be art these aren’t signed, sealed, delivered. They are developed and revealed through story that is more than comfort food. They can even make us laugh. They can also frighten us. Haunt us. How else, as director Scott Derrickson asks, will we confront our fears?

Then there are those tricky things called “family values”. Jesus actually does have the corner on these. They are called the Beatitudes (Matt. 5), and the Corporal and Spiritual Works of Mercy (Matthew 25: 35-36). Don’t forget Luke 3:10-14. Content issues about sex, language, violence, drugs and other “bad” behavior are of concern because of age appropriate stories. Ratings are information for guidance for parents; they are not moral judgments on the film. And context is far more important than content in understanding and appreciating stories.

And then there are films that don’t even mention “God” explicitly but are filled with grace because they tell the truth about the human condition. Here I am thinking of the German film “The Lives of Others” and the Iranian film “Children of Heaven.”

Authentically human stories are of the Gospel and for a Gospel movie to be authentic it has to be truly human (cf. Gaudium et Spes, Vatican II).

There’s a scene in the excellent film about Johnny Cash “Walk the Line” where the music producer Sam Phillips reflects my own discomfort with faith-based Christian movies when he talks to Johnny about only singing Gospel music. Sam gives an excellent suggestion about music that people who make faith-based Christian movies can learn from so they can make movies “that work” as art and really touch a lot of people. Why?  Because movies that are art rise to the level of cinema and reveal the face of God in the human story; they are about mystery and they tease our human curiosity about the transcendent as we search for meaning, and ultimately for God. Art allows us to engage our imagination in the story and make our own meaning and filmmakers that get this show that they trust the humanity of the audience to think for themselves.

To those of you who aspire to write or make “faith-based” movies, reveal something of yourself, of your soul, of your pain, your journey, or your movie will never be art. You’ll just tell us what you think you should tell us, or what you think God would want you two tell us (how do you know that?) and it will be a canned sermon, an idea, an ideology, not lived faith that is truly human.

Here’s the clip where Sam Phillips talks to Johnny Cash. Sam challenges him to reveal his humanity in his music … and he goes on to do so. I don’t think there’s any doubt that Johnny Cash brought a lot of humanity, hope, and humor to people in his day and even to our own time. Johnny Cash’s life was a journey, with mountains, valleys and plains. He didn’t accept Jesus one day and hit the Christian easy street for the rest of his life. Like the poet Francis Thompson, the “Hound of Heaven” pursued Johnny Cash and kept inviting him to return to Him – over and over again.

So if you ever wonder why I seem to like some movies that appear to be faith-based and dislike others, this is why. Not all faith-based Christian movies are equal; in fact most seem to be made just for white people. Why is that? They also don’t leave room for the audience to figure out things for themselves for the most part.

If you like faith-based movies, and they inspire you, make you feel good, that’s fine. It’s the rare, rare one that does it for me – that’s all I’m saying. I’d rather go the Sam Phillips route and see what surprises God may have in store through a film that sheds light on the human condition and grace.

A real Christian movie would comfort the afflicted and afflict the comfortable.

Sam Phillips: You know exactly what I’m telling you. We’ve already heard that song a hundred times. Just like that. Just… like… how… you… sing it.

Johnny Cash: Well you didn’t let us bring it home.

Sam Phillips: Bring… bring it home? All right, let’s bring it home. If you was hit by a truck and you was lying out there in that gutter dying, and you had time to sing *one* song. Huh? One song that people would remember before you’re dirt. One song that would let God know how you felt about your time here on Earth. One song that would sum you up. You tellin’ me that’s the song you’d sing? That same Jimmy Davis tune we hear on the radio all day, about your peace within, and how it’s real, and how you’re gonna shout it? Or… would you sing somethin’ different. Somethin’ real. Somethin’ *you* felt. Cause I’m telling you right now, that’s the kind of song people want to hear. That’s the kind of song that truly saves people. It ain’t got nothin to do with believin’ in God, Mr. Cash. It has to do with believin’ in yourself.