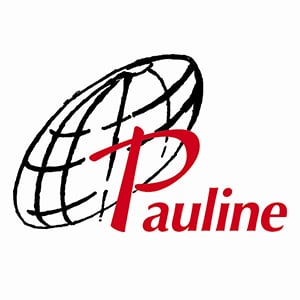 Statement from the Daughters of St. Paul

Beginning on Thursday, March 3, Sr. Rose Pacatte, the founding Director of the Pauline Center for Media Studies in Culver City, CA, will be providing introductions and commentary on a series of films for Turner Classic Movies (TCM) entitled “Condemned.” While the title is provocative, the subject consists in twenty-seven films that were condemned by the Catholic Legion of Decency between the years 1933 – 1965, and then some in the following years.

TCM reached out to Sr. Rose to host the series. Taking a cue from Pope Francis to move out to the peripheries to where the Church is seldom if ever present, we felt it was worth a risk to give the Church a voice in this series, and so Sr. Rose accepted with the approval of the Provincial Superior of the Daughters of St. Paul. The charism of the Daughters of St. Paul, founded in 1915, is to communicate the Word of God to all people using the media. A prophetic aspect of their charism that developed since Vatican II is that of education about media and culture.

The Condemned series is a historical topic that addresses the clash between the cultures of the Catholic Church in the United States and Hollywood. It shows how the Church attempted to engage the world of media in a serious way and how that evolved through the years. Sr. Rose’s approach is educational, historical, and informed by Church teaching on media and the historical record of the Legion of Decency. In her remarks for almost every film, she quotes from the statement of the Legion of Decency and then invites viewers to think about the film’s meaning. In several cases, the successor to the Legion of Decency, the National Catholic Office for Motion Pictures and the USCCB Office for Film and Broadcast, revisited these statements and revised them, as well as the Legion’s film classifications. Sr. Rose’s commentary reminds people that it is good to be informed about the films they watch and to ask questions of the media.

In no way does Sr. Rose’s participation in TCM’s series represent endorsement of the films, some of which remain historically significant and even inspiring, while others fail to represent the best in cinema.

The Daughters of St. Paul affirm that Sr. Rose’s participation is consistent with the charism and Constitutions of the Daughters of St. Paul, as approved by the Vatican in 1984. And this dialogue and critical education between film and culture, consistently championed by each Pope since Pope Pius XII with the document “On Motion Pictures, Radio and Television,” creates a space around which people can gather to talk about things that truly matter.

There has been an abundance of Church teaching on media since Vatican II. Pope John Paul II clearly reinforced the Church’s attitude toward the culture of communications in his 1990 Encyclical Letter, Redemptoris Missio:

The first Areopagus of the modern age is the world of communications, which is unifying humanity and turning it into what is known as a “global village.” The means of social communication have become so important as to be for many the chief means of information and education, of guidance and inspiration in their behavior as individuals, families and within society at large. In particular, the younger generation is growing up in a world conditioned by the mass media. To some degree perhaps this Areopagus has been neglected. Generally, preference has been given to other means of preaching the Gospel and of Christian education, while the mass media are left to the initiative of individuals or small groups and enter into pastoral planning only in a secondary way. Involvement in the mass media, however, is not meant merely to strengthen the preaching of the Gospel. There is a deeper reality involved here: since the very evangelization of modern culture depends to a great extent on the influence of the media, it is not enough to use the media simply to spread the Christian message and the Church’s authentic teaching. It is also necessary to integrate that message into the “new culture” created by modern communications. This is a complex issue, since the “new culture” originates not just from whatever content is eventually expressed, but from the very fact that there exist new ways of communicating, with new languages, new techniques and a new psychology. Pope Paul VI said that “the split between the Gospel and culture is undoubtedly the tragedy of our time,” and the field of communications fully confirms this judgment.

February 29, 2016
"Censoring the Silver Screen" a History of the Legion of Decency
Next Post

March 2, 2016 The Catholic Legion of Decency - a bibliography
Recent Comments
0 | Leave a Comment
Browse Our Archives
get the latest from
Entertainment
Sign up for our newsletter
POPULAR AT PATHEOS Entertainment
1