“Dark Waters” should disturb us into action

The first thing you think of when you begin watching director Todd Haynes’ legal crime drama “Dark Waters” is “Erin Brockovich” – the person and the 2000 movie that won Julia Roberts an Oscar for best Actress. The next thing you think of is Steven Zaillian’s “A Civil Action,” the 1998 film where John Travolta plays attorney Jan Schlichtmann. What do the three films have in common? The toxic chemical poisoning of water and the environment by big corporations and three ordinary real -life people who did something extraordinary. They stepped out of their comfort zone to take polluting corporations to court to stop polluting, clean up their mess, and make restitution to the people their actions killed or harmed.

But twenty years after “A Civil Action” and Erin Brockovich became a household name, multinational corporations are still polluting the earth in the US and around the globe. What have we learned? Or more importantly, what haven’t we learned?

In “Dark Waters” Mark Ruffalo plays Rob Billot, a Cincinnati corporate attorney, who represents chemical companies. In 1998, not long after making partner in his firm, he receives a visit from Wilbur Tennant (Bill Camp), a farmer in Parkersburg, West Virginia. He and a friend bring a box of video tapes of his cows that are getting sick and dying. Rob learns that his grandmother, who lives in Parkersburg, told Tennant to contact him for help because no lawyers in town will take his case. Why? Because Tennant wants to sue the Dupont Corporation, the town’s biggest employer, for poisoning the groundwater of his land. Years before, Wilbur’s brother Jim sold a large parcel of land to DuPont as a landfill. A creek ran through it and onto the land where Wilbur’s cows grazed. Soon after, the animals began to get sick and act strangely.

Rob, a quiet man, goes to visit Tennant’s farm and is puzzled then shocked by what he sees – a virtual burial ground for almost 200 of Tennant’s beloved animals. Rob returns to Cincinnati and tells his boss, attorney Tom Terp (Tim Robbins) at the firm of Taft Stettinius and Hollister, about the situation and asks to take on the case. Both men realize that they will be suing the very corporation(s) they represent and they agree to move forward, albeit carefully – at first.

In 1999, Billot sues DuPont in federal court. DuPont responds by setting up a commission (three veterinarians chosen by DuPont and three by the Environmental Protection Agency, E.P.A.) to investigate. The findings blame the victim Wilbur Tennant stating the cause of the animals’ deaths are “poor nutrition, inadequate veterinary care and lack of fly control.”

Billot does not stop, however. He moves forward with the lawsuit. He runs up against Phil Donnelly (Victor Garner), DuPont’s lawyer, who resists sending documentation. When a court order forces him to do so, he sends boxes and boxes of unorganized papers, some dating back fifty years. Over months of working long hours sitting on his office floor sorting and reading papers, he finds a revealing and damning narrative: DuPont had known for decades that they were poisoning the environment and people and they continued to do it anyway.

Meanwhile, the years are passing. Billot and his wife, Sarah (Anne Hathaway) who are Catholic, begin to wonder if they can continue to send their three sons to Catholic school. The law firm keeps lowering Rob’s salary. Sarah’s patience begins to run thin and Rob’s health begins to suffer under the strain.

Billot’s biggest discovery concerns “PFOA,” a man-made chemical created by the 3M corporation (and used in the US military), also called “C8.” It was and is used to keep Teflon coating from clotting. It was not to be disposed of in surface ponds or flushed into sewers but DuPont did it anyway. DuPont had been doing medical tests for decades and knew that PFOA caused tumors in rats. Billot discovers that PFOA cannot be broken down or digested by the human body. Once ingested, it remains causing cancers and other serious illnesses.

Wilbur Tennant is becoming sicker. Billot files a civil suit against DuPont for him and his family (his wife is very sick by this time, too). The Tennant’s settle with DuPont in 2000 but Billot cannot stop. He writes an extensive public brief against the chemical firm and sends copies to every regulatory agency, including the E.P.A. DuPont tries to silence him, but a federal court allows him to continue. He sends all the evidence he has uncovered to the E.P.A. In 2005 DuPont pays a multi-million dollar fine for knowing and hiding PFOA’s toxicity.

Still, Rob will not stop. He decides to file a class action suit against DuPont. Everything that came before is prologue. The biggest battle is on.

If “Erin Brockovich” was filmed in the desert sunlight and heat, “Dark Waters” returns to winter’s bleakness of “A Civil Action.” There is no sunshine; the West Virginia earth, where it was filmed, is not just asleep, it is cold, muddy, ruined. It is grey, black and without green. Its bleak cinematography reeks visually of death. Writer Matthew Michael Carnahan’s script, based on the New York Times article “The Lawyer Who became DuPont’s Worst Nightmare” guides the audience through the issues and across the years to a shared outrage over the repeated corporate abuse of people and the environment. But showing us the truth about what happened (and is happening in other parts of West Virginia for starters) is it enough to make us to take an interest in what corporations are doing to us and act?

“Dark Waters” shines a spotlight on a life issue. Those who are prolife need to pay attention here because women lost babies and children were born (are being born still?) with facial abnormalities from toxic water: one nostril, one eye. It is time for all of us to be more prolife, not less. Abortion is not the only life issue. Anything that attacks life in the womb or life outside the womb, is evil.

Teflon’s chemical makeup started this case against DuPont. I waited through the last credits to find out if Teflon is still considered a danger to human life (as well as plants and animals). Surprisingly, the film never says though I think the information does indicate its threat. The wikipedia entry (who wrote it?) indicates that since everyone on earth now has these synthetic chemicals in their bodies, Teflon is not a worry. I don’t know about you, but I am worried. Just because these chemicals are everywhere doesn’t make them ok.

Mark Ruffalo’s performance as Rob Billot is strong, quiet, understated. He and his family are Catholic and this is folded into the story gently. Anne Hathaway portrays Sarah Billot, also an attorney who decides to stay home to raise their children, as loving, frustrated at her husband’s absences, concerned.  Todd Haynes direction has a minimalist quality to it by emphasizing the ordinary strength of the main characters with DuPont’s too ordinary malfeasance. Imagine if in every major or minor city in the US there was one Rob Billot or Erin Brockovich or Jan Schlichtmann?

“Dark Waters” covers almost twenty years of litigation; one man representing thousands who will need health care well into the future. To answer the question about what we have learned: we know how to try to outwit the powerful by uncovering their deceit and bad practices but we have not learned how to protect our environment from the deathly clutches of companies like DuPont. If only we would become like the European Union that makes corporations prove their products are “not” harmful before approving them. The EU’s policy is unlike the United States that approves almost anything and then victims have to take corporations to court for justice.

We have it backwards in America where profit is continually put ahead of people. It’s time for corporations. that have been recognized as having individual rights since after the Civil War, to be made to take full responsibility for their actions before the fact by honest, rigorous testing. And if this corporate “right” is not going to change (and long precedent makes it unlikely) it is time for the people’s right to life, liberty and the pursuit of happiness, to take precedence over that of corporations. It is time for us to care more about living people and the environment than blind, death-dealing profit mongering corporations and their stockholders.

“Dark Waters” is moving and if you are paying attention, it will concern and infuriate you. As you leave the theater and drive home, look around and ask yourself what company might be dumping its waste near your local school or church, or poisoning the public water supply? Which oil or gas company might be drilling or fracking near you and creating cancer clusters that kill people? Which power company may be letting natural gas leak into the air and poisoning neighborhoods?

The ineffectiveness of the Environmental Protection Agency should concern us, too. This government agency, started in 1970 by President Nixon, was a response to citizen’s concerns about “the impact of human activity on the environment.” Unfortunately, the rollback of regulations on corporations leaves the public more and more vulnerable to their bad actions. The E.P.A. has been neutered again and again.

“Dark Waters” allows us to walk in the footsteps of people whose lives are forever changed because of corporate malpractice and government policy actions or inactions repeated over and over again. Watch it and see who the heroes and heroines are as well as the martyrs to corporate greed and bad actors. It is a call to empathy. It is a call to action. It is a call to the life of the community over the bank account of the individual, it is about millions and millions of Davids who need to rise up against corporate Goliaths and once and for all, choose life. 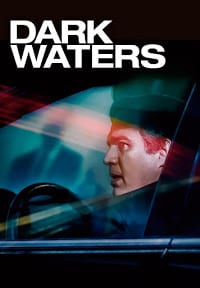 May 8, 2019
CNN's 'Redemption Project with Van Jones' is compelling and profound
Next Post

December 27, 2019 1917 is a relentless video game-like imagining of World War I
Recent Comments
0 | Leave a Comment
"lol wut"
Bloodeagle 1917 is a relentless video game-like ..."
">To each their own I supposeSo you admit you wasted your time writing what you ..."
GoldRushApple Doubt the Movie
">neither of the main characters seemed to care about the welfare of the black child ..."
GoldRushApple Doubt the Movie
"WTF?"
Richard B ‘The Curse of La Llorona’ gives ..."
Browse Our Archives
get the latest from
Entertainment
Sign up for our newsletter
POPULAR AT PATHEOS Entertainment
1 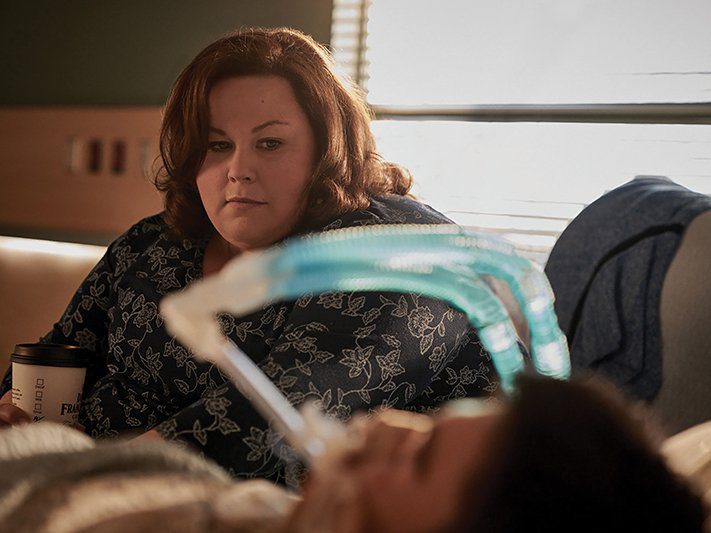