College is not a financial investment

College is not a financial investment October 13, 2011 Fred Clark

James K.A. Smith casts a skeptical eye toward the latest figures allegedly showing the economic value of a college education.

Smith, we should note, teaches philosophy at Calvin College, and this he has a personal stake in countering this idea of college as an “investment” in higher future income. It that’s what higher education is for, after all, then there’s no point in anyone studying philosophy. (I forget the name of the stand-up comic who joked about majoring in philosophy, then graduating to discover that “none of the big philosophy companies were hiring.”)

But I think Smith is right to criticize what he describes as “economic pragmatism about higher education — one more way to simply treat a degree as a credential for employment.” This pragmatic credentialing, he says, undermines the real purpose of education: “A means for holistic formation of ‘prime citizens of the kingdom.'” (I did say he teaches at Calvin College.)

Most colleges and universities seem to have completely surrendered to the economic pragmatism Smith worries about. They’re enthusiastically latching on to the latest figures from the PayScale College Salary Report. They’ll use those figures to recruit new students, and they’ll cite them as a confirmation and quantification of the value of the work they do and the education they provide. 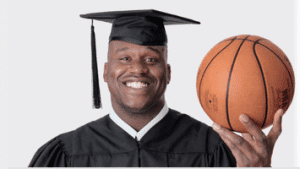 Such colleges may still fret about “graduation rates” for Division I athletes, but once they accepted the argument that college education is primarily an investment in future income, they lost any basis for opposing an athlete’s decision to turn pro before graduating. Allen Iverson left Georgetown after only one year and thus secured for himself everything that the school had promised to provide — a higher future income. If that is primarily what college is for, then why shouldn’t someone like him leap to take the cash in the NBA draft?

Once universities began arguing that these higher incomes were the biggest reason to enroll, then they lost every right and reason to criticize athletes like Kobe Bryant or LeBron James for skipping college altogether to go directly into the NBA from high school.

(It’s interesting that we rarely hear this complaint about baseball players. Jose Reyes signed with the Mets before he even graduated high school, yet in baseball that’s routine, so it met with none of the handwringing that accompanied LeBron James’ selection in the NBA draft. College baseball just isn’t the moneymaker that college basketball is.)

I’ve written before of my admiration for Shaquille O’Neal for going back to get his college degree long after he’d left school to become a multi-millionaire in the NBA. I think that 2006 post got lost in transition, but here’s a bit from it:

I’ve always respected Shaq for going back to get his degree. He left college early to become the first overall pick in the 1992 NBA draft and quickly began earning millions as one of the dominant figures in the game.

For all the lip-service paid to staying in school and the praise of higher graduation rates at certain schools’ programs, most universities are no longer capable of explaining why somebody like Shaq should stick around — or go back — to get a bachelor’s degree.

Ask any college president, or the admissions office of any college or university, why anyone should go to college and they’ll all give you the same answer: to prepare you for a Good Job. And what’s a Good Job? One that provides “Security” — i.e., that pays a lot of money.

By that standard, Shaquille O’Neal already had a Good Job and had no need to spend nine summers finishing his degree. But he went back anyway because Shaq seemed to appreciate what most colleges and universities seem to have forgotten — that there’s more to education than “career preparation.” He didn’t finish his degree in order to become a better employee or a better careerist, he finished it to become a better person.

Things like the PayScale College Salary Report don’t know how to measure or account for values like “becoming a better person.” That, says Smith, makes them “reductionistic” and often beside the point:

Different kinds of institutions envision “success” very differently. To take just an easy example, many Christian and Catholic universities inculcate in their students a deep devotion to service, to the pursuit of justice and shalom. This often translates into social entrepreneurs who devote themselves to NGOs and non-profit agencies concerned with the marginalized and downtrodden. These colleges send into the world graduates who imagine the world otherwise, and who imaginatively launch new organizations, programs, and initiatives that counter hunger, poverty, disease, and illiteracy. These, too, are “successful” graduates, but their work and vocation isn’t going to bump up the median salaries of our alumni any time soon. So be it. We’re working with a different metric.

The problem with this “different metric” is that their differently measured successes cannot be exchanged into the currency that pays off student loans. Shaquille O’Neal was able to go back to school for reasons other than “economic pragmatism” because he could do so without having to take out tens of thousands of dollars in debt.

The effect of that debt is a hugely important point. Education debt restricts the future decisions of college graduates. It rules out any “different metric” and any other idea or ideal of “success.” It rules out any career path that doesn’t promise an income high enough and stable enough to cover the payments on those loans.

If you graduate with $50,000 or $100,000 in debt, you cannot “imaginatively launch new organizations, programs, and initiatives that counter hunger, poverty, disease, and illiteracy.” You cannot be a missionary or an artist or an entrepreneur. It doesn’t matter if that is where your talents lie. It doesn’t matter if that is your calling. You have loan payments to make.

A good friend of mine was an attorney. She volunteered for a hotline and did some pro bono work for a women’s shelter. This was her calling and her passion. If she had been an evangelical, she would have said that this was the work that was “in her heart,” or that “God had given her a burden for” the victims of domestic violence and abuse. She was good at it. She applied for, and was offered, the position of staff attorney for a women’s shelter network. Then she did the math. The salary they were able to pay her wouldn’t begin to cover the cost of the loans she had taken out for law school.

She’s no longer a practicing attorney. She took another job doing something else to pay off her loans. Her loss. Our loss. And this happens all the time.

Or consider the bitter catch-22 facing those in the profession of social work. They perform a vitally necessary role for the most vulnerable members of our society. Apart from a few fringe beatrixian ideologues, no one seriously argues that the developmentally disabled ought to be left to fend for themselves, succeeding or failing in a strictly meritocratic, Social Darwinist jungle. They need social workers. And social workers need MSWs. That’s a master’s degree, and it doesn’t come cheap. The cost of the debt required to acquire an MSW almost always exceeds the capacity to repay such debt on the salary of a social worker.

I wholeheartedly agree with Smith’s vision of the purpose and the measure of higher education. His “different metric” is the one I would use as well.

But tuition at Calvin College this year is more than $25,000. If you’re borrowing more than $100,000 for four years of education, then you cannot graduate to become a “social entrepreneur,” or any other kind of entrepreneur. And you cannot hope or expect, for decades probably, to be able to do anything at all in service of “justice and shalom,” or in service of “the marginalized and downtrodden.” Forget about them — you’ve got loan payments due.

This system is broken. It needs to be reinvented and rebuilt. 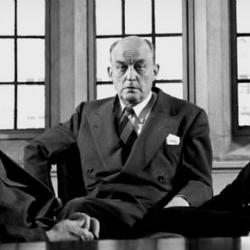 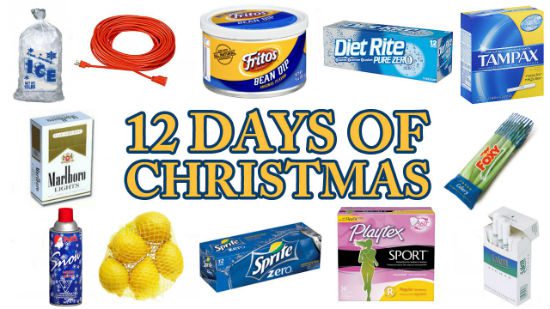