Michele Bachmann calls for guaranteed employment for all

Rights come with responsibilities, my conservative friends are always saying. And they’re right about that.

And because they’re right about that, then they must also agree with me that responsibilities come with rights.

If, for example, I am responsible for keeping the sidewalk in front of my house clear of snow in the winter, then I must also have the right to shovel that snow off of that sidewalk. It would make no sense to say that I was responsible for shoveling that snow if I were not permitted to shovel it. So the obligation entails the right to meet that obligation, otherwise any talk of such an obligation would be a perverse, Kafkaesque farce.

Which brings us to 2 Thessalonians 3:10, a verse quoted recently by Rep. Michele Bachmann, R-Minn., who is seeking the Republican nomination for president. It’s one part of a longer discussion in which the author rebukes those in the early Christian community who had stopped working in anticipation of Jesus’ imminent return:

For even when we were with you, we gave you this command: Anyone unwilling to work should not eat.

Michele Bachmann cited this passage on Monday as a definition of “self-reliance” — “Self reliance means, if anyone will not work, neither should he eat.” It’s true that the author of 2 Thessalonians urges Christians to “earn their own living,” but the modern idea of “self-reliance” isn’t really compatible with the generally Pauline outlook of that epistle. If you told St. Paul that you were “self-reliant,” he’d have told you that you were a blasphemous, idolatrous fool.

But nevermind such quibbles, because I’m too excited by the fact that, finally, four years into America’s jobs crisis, we finally have a politician with national stature saying that every American who is able to work should be guaranteed a job. Here is Bachmann bravely saying that employment is the fundamental and undeniable right of every American who is able to work. Everyone has the responsibility to work, she said, and therefore everyone has the right to a job.

I admit, Bachmann was a bit muted on the “therefore” part, and she didn’t provide any details about how, exactly, she would ensure full employment and guarantee a job for every American in need of one. But that has to be what she meant. It’s the only logical, non-contradictory and decent possibility for what she could have meant.

Because if Bachmann was arguing that every American capable of working has a responsibility to work without also arguing that every such person has the right to a job — a guaranteed right to a job, right now — then that would make her a monstrous, illogical imbecile intent on cruelly punishing the jobless with contradictory obligations and prohibitions. That would make her a horrible, ignorant, despicable failure of a human being.

So, obviously, that can’t be what she meant. Right?

November 9, 2011 "The moral rights corresponding to this obligation"
Recent Comments
106 Comments | Leave a Comment
"Honeslty might thoughts were more like if a Cyberman and a Cylon somehow fused together."
Lsamaknight School-boards, mission boards, and the SBC
"Your point 2 is a TARDIS. Time And Relative Dimensions In Space. It can pop ..."
Lsamaknight School-boards, mission boards, and the SBC
"This is the reason Hillel the Elder essentially abolished another form of Biblical debt cancellation: ..."
Sparafucile And the funny thing is it ..."
"Have visited both Concord, CA and Albany, CA and am a little surprised they're not ..."
butting And the funny thing is it ..."
Browse Our Archives
get the latest from
slacktivist
Sign up for our newsletter
POPULAR AT PATHEOS Progressive Christian
1 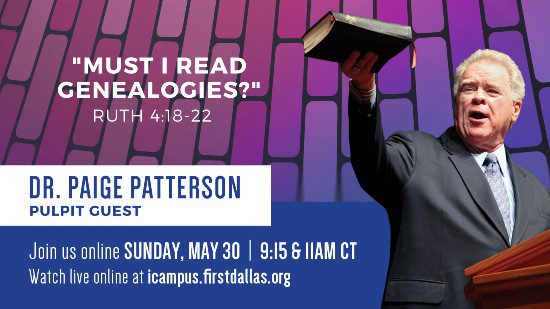