I’ve collected a bunch of bookmarks and links to various items on “women in the church.” But twice today I’ve sat down to type those in here as a kind of thematic link-dump, and then gotten angry thinking about how this whole “controversial” topic shouldn’t be controversial at all. 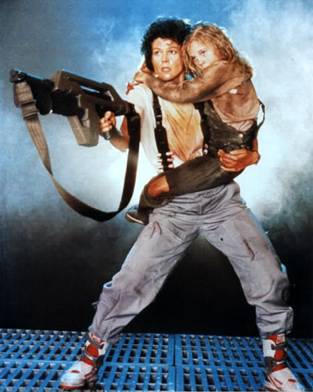 Rachel Held Evans: “Yes, Christianity has a masculine feel. But maybe that should change…”

Here’s Jamie Wright, a.k.a. The Very Worst Missionary, on being surprised to find herself a “woman in ministry.”

As I am given opportunity, and am placed into positions to speak, teach, share, guide, mentor, counsel, pray for, and lead with the hope, truth and love of Christ, I will, whether the people gathered are children, women or men. And in so doing, if I am called Pastor, I receive the title with honor and humility.

Christian Piatt responds to John Piper and his call for “Masculine Christianity.” Specifically, he takes issue with this from Piper:

“When I say masculine Christianity or masculine ministry or Christianity with a masculine feel,” says Piper, “here’s what I mean: Theology and church and mission are marked by an overarching godly male leadership in the spirit of Christ with an ethos of tender-hearted strength, contrite courage, risk-taking decisiveness, and readiness to sacrifice for the sake of leading and protecting and providing for the community. All of which is possible only through the death and resurrection of Jesus.”

Piatt notes that if you take the word “male” out of Piper’s list of admirable, but gender-neutral, qualities, then his description of a church leader isn’t too bad. The objection is his weird notion that strength, courage, decisiveness, etc., are intrinsically “masculine” characteristics.

Kathy Escobar offers a hopeful, and pragmatic, response to the pervasive sexism embedded into the church: “Plant new trees.”

“Christianity has had a bit of a sexism problem,” notes Amanda of Friendly Atheist. “I’m a Woman, Not a Sin.”

David Henson tells us the story of Jarena Lee, “The Pioneering Female Preacher You Never Heard About.”

Katie Toth of Geez magazine profiles several Christian activists: “Behind the activist celebrities is a league of great women.”

Cathleen Falsani finds a case of life imitating art, in this case The Vicar of Dibley, recounting two examples of patriarchal Christians getting upset over “Chocolate in the Baptismal Font: Things That Happen When Women Are Ordained.”

The real-life chocolate fountain was part of the Easter celebration at the House for All Sinners and Saints in Denver. The defenders of gender apartheid have decided, somehow, that such chocolaty joy is an example of the horrors that arise from female leadership. The leader in question, the Rev. Nadia Bolz Weber, responded to these critics, mostly men from the anti-woman Lutheran Church-Missouri Synod, with gracious firmness. You should read the whole thing, but here’s the conclusion:

I offer you this as you are a friend of a friend. But I am called by the gospel and am in no way answerable to those in the LCMS who would deny the gifts of the Holy Spirit.

I think that response is marked by an overarching godly leadership in the spirit of Christ with an ethos of tender-hearted strength, contrite courage, risk-taking decisiveness, and readiness to sacrifice for the sake of leading and protecting and providing for the community.

February 15, 2012
'Gender apartheid in the body of Christ'
Next Post