Charles Colson needs to be held accountable for lying

Charles Colson is lying. Again. Still. It’s what he does.

Colson is a very strange man. His habitual lying isn’t strange. Nor is the fact that he’s using these lies to boost his fundraising. Lying for money isn’t strange at all, unfortunately.

But the particular lie Colson is repeating, over and over, is a strange lie:

Secretary of State Clinton … and other officials repeatedly use the term “freedom of worship” (a private act) versus “freedom of religion,” (which the Constitution protects, which is the freedom to live out one’s faith in public). 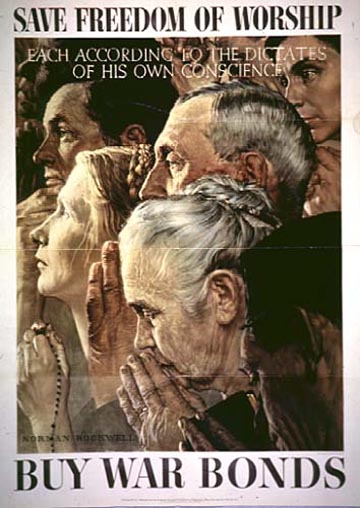 Part of Colson’s problem, I think, is that he came of age as a political dirty trickster in the last century and simply hasn’t kept up with technology. He doesn’t seem to realize that the public statements of public officials are now easily accessible — and searchable — online. He thus thinks he can still get away with blunt assertions that the secretary of state and the president have not been saying something they both have said routinely and repeatedly. He seems to imagine that refuting his obvious lie would require someone to go to a library and physically thumb through hard copies of obscure government records.

But the main reason that Charles Colson continues lying is that no one holds him accountable for it.

He talks the Jesus talk, so he gets a free pass. He’s anti-abortion and anti-gay, and in the evangelical subculture that means you’re allowed to lie with impunity. (See also: Perkins, Tony.)

So here is a desperate attempt to convince someone, somewhere to please hold Charles Colson accountable for lying. The man is bearing false witness — knowingly, intentionally and lucratively. And he is doing so because none of the good Christian people he deals with will ever have the courage or the decency to call him on it.

The radio stations that carry “Breakpoint” do not seem to care that Charles Colson is lying.

The supporters of Prison Fellowship do not seem to care that Charles Colson is lying.

The supporters of Angel Tree do not seem to care that Charles Colson is lying.

The editors and directors of Christianity Today, where he is a columnist, do not seem to care that Charles Colson is lying.

It would be really nice if some of these good Christian people who work closely with Charles Colson would decide to talk to Colson about this lie he’s been telling and maybe — just maybe — try to convince him to, perhaps, stop lying.

That would be nice.