Hotfoot powder all around my door

Hotfoot powder all around my door May 8, 2012 Fred Clark

“Material things kill painlessly, but love revives us through torments.”

“The fine for wage theft was so light and the protections for workers were so weak, that it just made sense to violate the law.” (via Punning Pundit) 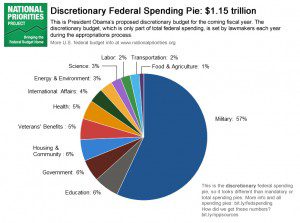 “Which federal program took in more than it spent last year, added $95 billion to its surplus and lifted 20 million Americans of all ages out of poverty?” (via AZspot)

“As Congress returns from recess this week, House Republicans are set to advance legislation to replace automatic defense spending cuts they agreed to last year with cuts to programs for the poor and working class.”

“When conservatives begin arguing that we don’t want equality of outcome, just equality of opportunity, look closely at what it is they’re arguing against.”

“All told, Flowers has stood trial six times — a record in the history of American capital murder cases.”

“Being right is not right if it is not also good.”

“Worryingly, there are even signs that the church’s passivity has morphed into hostility toward its accusers.”

“There is plenty of reason to suspect ulterior motives–up to an including simple opposition to the Obama Administration — on the anti-mandate side. That’s why taking the opponents at their word gives readers neither a fair nor accurate account of what’s going on.”

“My job as finance director was to find ways to label extravagant personal spending as ministry expenses.”

“Subsidy Tracker: Discover Where Corporations Are Getting Taxpayer Handouts Across the United States”

(Today is the 101st anniversary of the birth of Robert Johnson.)

May 7, 2012
Is Billy Graham being exploited for political gain?
Next Post

May 8, 2012 Will the majority allow minority rights in N.C.?
Recent Comments
19 Comments | Leave a Comment
"With our remodel, we put the children section next to the desk, and we actually ..."
Antigone10 The 1611 Project
"I won't be the only one, but I will say that there is something wrong ..."
WingedBeast The 1611 Project
"And also this. https://uploads.disquscdn.c..."
Matthew Funke The 1611 Project
"Many other governments in the world are subsidizing their citizens' wages due to COVID-19. America ..."
Professor Rudolf Laschenkohl The 1611 Project
Browse Our Archives
get the latest from
slacktivist
Sign up for our newsletter
POPULAR AT PATHEOS Progressive Christian
1