News from Amercia the beautiful

Speaking of building bridges, Steve Benen tells us about a bipartisan project in New Hampshire that restored a piece of American history, creating jobs and producing a public park that endures as a beautiful and useful asset for the community. 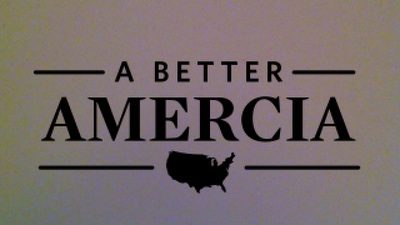 The Sawyer Bridge “is one of the earliest examples of dry-laid masonry vaults in New England.” And thanks to $288,000 in federal funds from the Recovery Act, secured by 28 New Hampshire Republicans, the bridge has been restored in all its former glory.

Jobs, history, parks, public assets, bipartisan cooperation for the common good — what’s not to like?

Well, if you’re Republican presidential candidate Mitt Romney, all of those things.

2002: Republican President George W. Bush requests $34 million for the United Nations Fund for Population Activities. The Senate unanimously approved the money. The House approved this funding on a vote of 357-66.

Jeremiah Wright, and by extension, the black church culture of our country are the ones being smeared here. Yes, you can take a few lines out of years and years of sermons and make Rev. Wright look bad or radical or un-American. But what you’re really saying is that anyone who belongs to a black church is unfit to be president. That black churches are radical and un-American. That’s both because the attackers are creating an unfair caricature of Rev. Wright, and because his views are nowhere near as unconventional in the black community as the attackers would have you believe.

BooMan also notes, too, that this is why attack ads focusing on Mitt Romney’s Mormon faith are off-limits:

It sure did. But if we’re going to say that’s not a legitimate way to have your character formed, we’ll be attacking all Mormons, not just Mitt Romney.

I’m sure there are votes to be had by appealing to anti-Mormon bigotry, but chasing them isn’t worth the cost — the cost of becoming the sort of person who would chase them. Not even if your opponent is proving himself to be the sort of person who seeks the help of those appealing to racism if that’s what it will take to “get 50.1 percent or more.”

Christianity Today closely followed the escape and sorta-defection of Chinese dissident activist Chen Guangcheng. The story doesn’t have a religion angle, but it does have an abortion angle — and for Christianity Today that amounts to the same thing.

But I’m not sure the abortion angle is quite what they thought it was. Chen researched and opposed forced abortion in China. He is, in other words, an advocate for reproductive freedom — for choice. Chen Guangcheng wants women to have a choice and not to be subject to government coercion that removes that choice and restricts their freedom.

But if you put it that way, Christianity Today wouldn’t be covering this story.

Retelling a familiar story from an unfamiliar perspective: Peter Watts’ “The Things.”

May 30, 2012
Freedom for all three religions: fundraising theater
Next Post

May 30, 2012 We Are Young (All Things Go, All Things Go)
Recent Comments
30 Comments | Leave a Comment
Browse Our Archives
Related posts from slacktivist