“Rats, cats, raccoons, foxes, possums … they all love them some pigeon.”

“Beer and cheese, while delicious, both slough off a lot of gas while they’re being made.”

“The War of 1812 has complicated origins, a confusing course, an inconclusive outcome, and demands at least a cursory understanding of Canadian geography.”

“People are more morally lax after they look at a brownie for a while.” 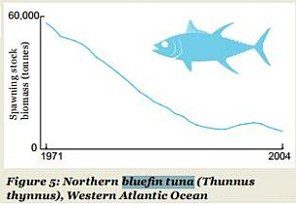 “In the end this is not a scientific survey. It’s a random survey.”

“A decades-long campaign of deception has loaded the furniture and electronics in American homes with pounds of toxic chemicals linked to cancer, neurological deficits, developmental problems and impaired fertility.”

“I guess every day is more or less the same in the coal industry.”

“America has about 5 percent of the world’s population but almost 25 percent of its prisoners, with the world’s largest number of inmates and highest per capita rate of incarceration.”

“He dropped the role of vice president and became just one among many survivor group participants.”

“35 years going at least once a week, and up to four times a week, to a place where people meet who have dedicated their lives to following Christ. Yet after all of those years, I still don’t know how to respond to poverty.”

“You do realize you people are making up a new religion, right?”

“Prejudice is a kind of cartel that works best when there is no real dissent.”

“Peter and Jesus offer a strikingly inclusive form of love and engagement.”

“Romans 1 is the only text in the Bible that directly speaks to the subject, and it appears that even this passage must be read carefully and interpreted in its context.”

M. McShea responds to the latest aggrieved statement from the U.S. Catholic bishops about … Zzzzzz.

(The big swoop into the chorus of Fun’s inescapable single “We Are Young” reminds me a bit of the orchestral pop in Sufjan Stevens’ “Chicago.” Or, at least, it reminds me of it enough to use as an excuse to post the video above.)