Candy canes and the manufacture of evangelical resentment

That’s the nickname given to Morgan v. Swanson, a case involving the Plano Independent School District and the parents of a child instructed to proselytize his classmates by passing out evangelistic tracts about candy canes. Chris Lisee has a good summary of the case, which involves the fascinating intersection of several competing First Amendment claims — free speech, free exercise and no establishment. 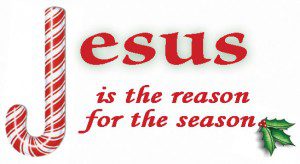 But this post isn’t about that case or those legal and constitutional questions. This post is about the evangelical urban legend at the heart of the case.

That legend has to do with candy canes — with their purported Christian symbolism and how that symbolism has been enlisted in the culture wars and in evangelicals’ struggle for religious hegemony and privilege.

That distinction matters when it comes to urban legends because this particular form of untrue story draws its power from being told and retold as though true. To be effective, an urban legend has to be presented as real — as something that really happened. And it must be heard and absorbed as real. That’s what makes them worth retelling and spreading like a virus.

In many cases, this pretense is as harmless as it is in any other fiction. Presenting an untrue story as true is often simply an effective storytelling tactic. This is true of many urban legends that function mainly as jokes. And it is true of most urban legends that function mainly as ghost stories. These sorts of urban legends are basically just fiction. The pretense of telling such untrue stories as though true serves the storyteller’s agenda, which is to elicit delight (laughter or chills, either way).

But in other cases this pretense is harmful because in those cases the storyteller has some other agenda. These other kinds of urban legends can’t really be considered fiction — they’re more like simple lies. Such stories are not told in the hopes of eliciting delight, but usually in order to create or to foster a sense of aggrieved victimhood and resentment.

Such stories, in other words, are propaganda. They are about sowing division, heightening the antipathy between groups or factions. They are about creating and enforcing and sustaining tribal conflict.

When a storyteller embellishes a good ghost story, those embellishments are acts of fiction. The storyteller fabricates — adding local details and inventing authoritative-sounding confirmations from supposed media reports or friend-of-a-friend testimonies. Such fictional details and embellishments make the story more compelling, recasting it as a “true story.” But it’s still basically just fiction.

But when a storyteller embellishes a propagandistic urban legend, those fabrications are something else. The process is similar — fabricating details, local touches, invented attributions — but the purpose is different. The storyteller isn’t serving the story, but is serving some other agenda. That’s not fiction. It’s more like simply lying. Where fictional urban legends aim to delight, these stories aim to deceive.

The Christian candy cane story is an intriguing example of this kind of agenda-driven, propagandistic urban legend.

It didn’t start out that way. It began as something innocent and sincere — as a simple object lesson or illustration. But while that object lesson served its intended purpose well enough, it wasn’t aggressive enough to function effectively as tribal propaganda for the culture wars. To serve that function it had to be changed, embellished, repurposed and fortified with lies.

The original basic idea was rather tame. Christmas is both a cultural festival and a Christian religious holiday. It’s easy to lose track of that religious holiday amidst all the trappings of parties, decorations and gift-giving. That’s particularly true for young children who can be swept away by the awesome prospect of getting lots of cool presents. Thus fretting about the “commercialization” of Christmas has become a standard part of the holiday for many Christians who are always seeking new ways to remind themselves of, as the cliché says, “the reason for the season.”

So consider the humble candy cane. It’s not particularly beloved as a confection, but come December it’s inescapable as part of our holiday decorating.

It’s a simple thing to enlist this ubiquitous symbol as a reminder of “the reason for the season.” Candy canes are shaped like shepherds’ crooks — a reminder of the shepherds watching their flocks by night in Bethlehem, and of the Good Shepherd himself. Turn a candy cane upside down and it looks kind of like the letter “J” — for Jesus. It has red and white stripes, allowing us to remember the words of Isaiah — both “though your sins be as scarlet, they shall be as white as snow” (1:18) and “with his stripes we are healed” (53:5).

Maybe that’s not terribly profound, but it’s an effective “whenever you see this, remember this” type of lesson. I remember hearing some version of this as a child in Sunday school. I think our teacher had seen our young eyes ablaze with the Christmas-greed of present-hungry children and thus wanted to remind us again of the “reason for the season.” (At the end of class, she gave each of us one of those little candy canes that come in a chain of plastic sleeves, at which point our greed — rekindled by the prospect of free candy* — probably convinced her that her lesson had been useless.)

There’s a version of this candy cane object lesson at the website from which I borrowed the artwork above. It’s mainly still just an illustration in this form, but little embellishments have begun to creep in, such as the condemnation of “impostor” variations and the odd (and misleading) business about peppermint and “hyssop.”

But to see the fully transformed urban legend of the Christian candy cane go to the Snopes page, where mythbuster Barbara Mikkelson shares a basic version of the story. The gist of it is the same as the object lesson from my Sunday school class, but here the claim is embellished as history. This is what a real candy cane really means — what it was intended to mean by the (good, devout Christian) “candymaker in Indiana” who invented it to be “a witness” to “the birth, ministry, and death of Jesus Christ.”

This history is pure fabrication, but it’s still not far from the basically fictional impulse of the “true story” pretense of urban legends. As Mikkelson writes:

Claims made about the candy’s religious symbolism have become increasingly widespread as religious leaders have assured their congregations that these mythologies are factual, the press have published these claims as authoritative answers to readers’ inquiries about the confection’s meaning, and several lavishly illustrated books purport to tell the “true story” of the candy cane’s origins. This is charming folklore at best. …

At best it’s charming folklore. But at worst that folklore is employed to serve an agenda. Here is Mikkelson on how this story is being used:

It has become fashionable of late to claim that the candy cane was not only designed to be fraught with Christian symbolism, but that it was created as a means by which persecuted Christians could furtively identify each other. …

There it is: “persecuted Christians.” And we Christians are still being persecuted by those who would deny the true, legitimate reason for the season by saying “Happy Holidays” or by passing out candy canes with the wrong number of stripes or without the biblically correct hyssop flavor.

The Christian candy cane legend has come to serve the same purpose as all that silly demagoguery about the “War on Christmas.” It is told and retold to foster a sense of grievance and victimhood. The Sunday school teacher’s object lesson wanted us to see candy canes and to remember Jesus’ birth. The Christian candy cane legend wants us to see candy canes and remember that the culture used to be ours, that it rightfully belongs to us, and that it is being unjustly taken away from us by secular humanists, activist judges, liberals, academics, evolutionists, radical feminists and homosexuals.

Richard Beck cites James Davison Hunter on this “culture of victimhood,” from Hunter’s book To Change the World:

The sense of injury is the key. Over time, the perceived injustice becomes central to the person’s and the group’s identity. Understanding themselves to be victimized is not a passive acknowledgement but a belief that can be cultivated. Accounts of atrocity become a crucial subplot of the narrative, evidence that reinforces the sense that they have been or will be wronged or victimized. Cultivating the fear of further injury becomes a strategy for generating solidarity within the group and mobilizing the group to action. It is often useful at such times to exaggerate or magnify the threat. The injury or threat thereof is so central to the identity and dynamics of the group that to give it up is to give up a critical part of whom they understand themselves to be. Thus, instead of letting go, the sense of injury continues to get deeper.

In this logic, it is only natural that wrongs need to be righted. And so it is, then, that the injury — real or perceived — leads the aggrieved to accuse, blame, vilify, and then seek revenge on those whom they see as responsible. The adversary has to be shown for who they are, exposed for their corruption, and put in their place. [This] ressentiment, then, is expressed as a discourse of negation; the condemnation and denigration of enemies in the effort to subjugate and dominate those who are culpable.

Hunter here I think helps to explain one of the most puzzling aspects of American culture. In America, resentment always seems to flow backwards. The powerful resent the powerless. The haves resent the have-nots. Whites resent blacks. Men resent women. The healthy resent the sick. The majority resents the minority. The privileged resent the marginalized.

And it takes stories. Lots of stories.

* But not quite real candy.

Candy canes occupy an awkward place in the candy taxonomy. They’re minty — which tends to put them more toward the adult end of the candy spectrum. Yet they’re also unwieldy and inconvenient in a way that only children’s candy should be. (This is why there aren’t mint-flavored lollipops.)

Candy canes are a bit too sugary-sweet to appeal to those seeking a breath-freshener. If you’ve just had coffee or garlicky pizza and you’re heading into a business meeting, then you’ll reach for Altoids or Tic Tacs, not for a candy cane. This would be true even if they came in a more convenient, Altoid-sized shape (which they should — just as McDonald’s should have candy-cane colored versions of the Shamrock Shake every December).

And while they’re a bit too candy-ish to serve as proper mints, they’re also a bit too minty to serve as proper candy. Ask a small child if they’d like a piece of candy (not in a creepy way, please), and then, when they say yes, offer them a Tic Tac or an Altoid and witness their disappointment. This is why we don’t give out minty candies to Trick-or-Treaters at Halloween.