NRA: The best coffee at O’Hare

Rayford Steele is racing to escape the chaos and random violence of the war-torn Midwest, fleeing to the safety of Iraq.

That sounds like it ought to be exciting. Particularly when you add in the fact that he’s traveling with Nicolae Carpathia, the individual epicenter of World War III. Nicolae is either the source or the target of all the perhaps-nuclear violence erupting across the world, so Rayford’s adventure here ought to be a thrilling, mile-a-minute chase scene.

Alas, the reality here is much more disappointing. Their race from airstrip to airstrip turns out to resemble — and to be just as exciting as — any other bit of cross-country air travel involving multiple connecting flights. The perhaps-nuclear disruptions of WWIII come across as no more troubling than uncooperative weather.

That’s the impression one gets when Nicolae asks for an update on the war from the walkie-talkie guard (same one, he’s still around). It seems more like he’s asking about winter snowstorms or a series of thunder storms.

Carpathia leveled his eyes at the man. “What is the news? What is happening?”

“Uh, nothing much different, sir. Lots of activity and destruction in many major cities.”

… “Is this activity largely centered in the Midwest and East Coast?” the potentate asked.

The guard nodded. “And some in the South,” he added.

“Virtually nothing on the West Coast then,” Carpathia said, more a statement than a question. … “How about Dallas/Ft. Worth?” Carpathia asked.

“DFW suffered a hit,” the guard said. “Only one major runway is still open. Nothing’s coming in, but lots of planes are heading out of there.”

Carpathia glanced at Rayford. “And the military strip nearby, where my pilot was certified on the 757?”

So there we have it. Our itinerary is established and over the next several pages that itinerary will be followed exactly as described. Helicopter from highway to airstrip. Learjet from airstrip to airstrip near Dallas. Thus the questions that might have afforded a bit of suspense here — Will they get away? How will they get away? — are answered at the outset, deflating any tension the scene might have had.

Jerry Jenkins makes a half-hearted attempt to restore some tension with a bit of business involving Carpathia wearing a clumsy disguise. It doesn’t help.

That disguise is provided by a new character, Leon Fortunato, introduced here as “a sycophant from the New Babylon office.”

Actually, “introduced” overstates the case. Fortunato just sort of shows up without explanation or description. His few lines of dialogue here and his even fewer actions are purely functional, and we’re given no sense that he is an important character in Jenkins’ story and in Tim LaHaye’s “Bible prophecy” check list. (That sentence supplies more foreshadowing than Jenkins bothered with here.)

While failing to offer much of an introduction for the new character, Jenkins does offer one for Nicolae, a character we’ve been acquainted with for two full novels already:

The dashing young man, now in his mid-thirties, had seemingly been thrust to world leadership against his own will overnight. He had gone from being nearly an unknown in the lower house of Romanian government to president of that country, then almost immediately had displaced the secretary-general of the United Nations. After nearly two years of peace and a largely successful campaign to charm the masses following the terror-filled chaos of the global vanishings, Carpathia now faced significant opposition for the first time.

Oh, and by the way, he also established a One-World Government with a single currency, single language and single religion, abolishing the sovereignty of every nation on earth (except Israel). Jenkins doesn’t mention that.

He doesn’t think he needs to mention that because, for him, all of that is covered in the phrase “secretary-general of the United Nations.” It’s another little reminder that the plot of these books only works if you start with the fantastic assumption that the U.N. is already a one-world government and that the secretary-general is actually a global “potentate” reigning with unchecked power over a global federation of subordinate nations.

Jenkins main theme in the pages that follow is that as war and chaos have erupted, Nicolae seems to be enjoying himself:

… Carpathia’s eyes were ablaze, and he rubbed his hands together as if thrilled with what was going on.

… Still rubbing his hands as if he could barely contain himself. …

It seemed to Rayford that Carpathia was having trouble manufacturing a look of pain. … Carpathia’s look [was] one of satisfaction, almost glee.

With all that gleeful hand-rubbing, I’m surprised that Jenkins didn’t include a waxed mustache in Carpathia’s disguise — just so that he could be twirling the ends of it here.

Rayford is appalled by Nicolae’s excitement, but I’m happy to see our cartoon arch-villain finally behaving at least a little bit like a cartoon arch-villain should. There’s no chance that these authors are going to supply us with an Antichrist portrayed as a compelling, tragic figure whose hubris propels a rise and fall that gives us new insight into the human condition. So the best we can hope for is a cackling madman grinning at the sight of mushroom clouds. It’s about time this guy started acting like an Antichrist.

The authors here want us to share Rayford’s horror at Nicolae’s delight, but I’m far more horrified by Rayford’s response — or, rather, his non-response — to everything that’s going on around him.

Rayford’s home country is under attack, yet he has no emotional response to this. His home town is in flames, and it does not register.

Let’s try something more manageable: O’Hare International Airport. This has been Rayford’s home-base for decades in his job. He’s spent countless hours there and knows every inch of the place — every hallway and gateway, every restaurant and coffee shop.

He has a favorite coffee shop there, of course — a place he regards as not just having his favorite coffee, but as having, objectively, the best coffee in the whole airport. He takes a proprietary pride in proclaiming it “the best,” just as he does in his knowing “the best” short-cuts to avoid suburban traffic. Knowing such things made Rayford happy. And knowing himself to be someone who knows such things made him happier still.

When pilots from out of town accompanied Rayford through his airport, he delighted in correcting them and rescuing them from any other inferior coffee stand. “No,” he would say, “Come with me. I’ll show you the best coffee at O’Hare.”

That coffee shop is gone. The woman who worked behind the counter there is gone. O’Hare itself is gone. A perhaps-nuclear mushroom cloud is still hovering over where they all once were.

Yet none of this bothers Rayford. He scarcely even notices.

Rayford’s main emotional response in these pages is due to the odd game Nicolae is playing in which he pretends, unconvincingly, not to remember Amanda’s name:

Conventionally, this bit is usually a petty gesture directed toward a romantic rival. I don’t think that’s what’s intended here, but I’m not sure how else to explain this. Particularly since this hint at romantic jealousy is reinforced on the next page, in which Carpathia delights in telling Rayford about the spiffy new airplane he’s had built just for Rayford to fly:

Carpathia spoke quietly to Rayford. “The Condor 216 awaits us near Dallas. We will then fly west to go east, if you know what I mean.”

“I have been assured,” Carpathia interrupted, “that you are more than qualified.”

“A hybrid I designed and named myself,” Carpathia said. “Surely you do not think what has happened here today was a surprise to me.”

“I’m learning,” Rayford said, sneaking a glance at Amanda, who appeared to be seething.

“You are learning,” Carpathia repeated, smiling broadly. “I like that. Come, let me tell you about my spectacular new aircraft as we travel.”

Is Amanda seething over the name-game business? Or is she seething over her husband and Nicolae speaking quietly about the spectacular new, fully loaded aircraft they might soon be flying together?

The Steeles don’t get to discuss this until later, as they’re running across the tarmac toward the Learjet that will take them to Dallas. Jenkins weakly hints that this might be dangerous — that Nicolae’s enemies might be lurking nearby to fire on them as they cross the runway. That’s why Nicolae is in disguise, and why they’re making the dash across the open space in groups of two.

“Rayford slipped an arm around Amanda’s waist and drew her close.” That’s not the easiest way for two people to make a run for it together — but it is the easiest way to use your wife as a human shield if anyone starts shooting at you.

“Rayford,” Amanda said, “have you ever once in your life heard Nicolae Carpathia misspeak?”

“Stutter, stammer, have to repeat a word, forget a name?”

Rayford suppressed a smile, amazed he could find anything humorous on what could easily be the last day of his life on earth.

“Besides your name, in other words?”

“He does that on purpose, and you know it,” she said.

Rayford shrugged. “You’re probably right. But with what motive?”

“Listen to yourself,” Rayford says to her. “You expect common courtesy and decency from the most evil man in the history of the universe?”

Those first three words — “listen to yourself” — seem to sum up the dynamic in Rayford and Amanda’s marriage. So does her response:

Amanda shook her head and looked away. … “I suppose I am being oversensitive.”

The authors’ intended message there is that the woman is being oversensitive. The authors’ unintended message is a subtle, but powerful bit of characterization that paints a heartbreaking portrait of a marriage — one that could never be understood by two men who think that women’s “oversensitivity” is the source of most marital problems. 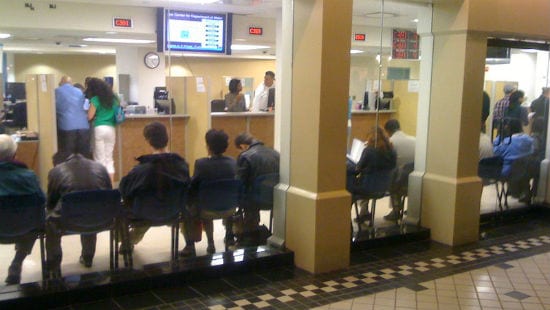